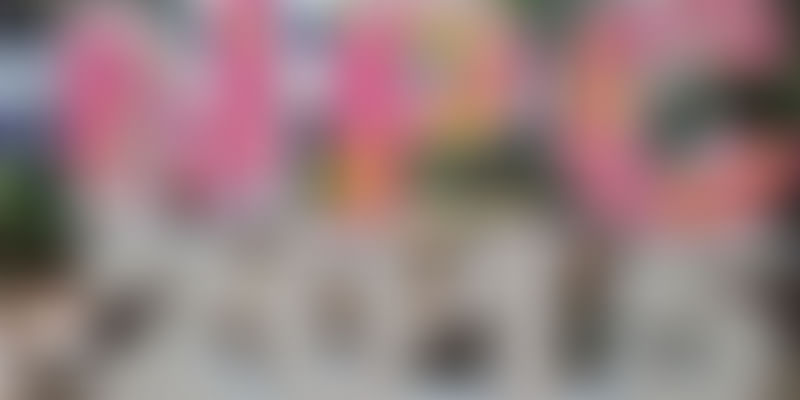 I was at the NASSCOM Product Conclave in Bengaluru held between October 13 and 15. The conference showcased products made by Indian startups, with a focus on software, Internet and mobile. The conference had the usual dose of speeches, talks and panel discussions, but my favorite part was interacting with startups and entrepreneurs and discovering the amazing variety of brilliant ideas that are being worked on. NASSCOM had done a commendable job of having a structured and competitive way to recognise startups with the most potential, through its programmes ‘Emerge 50’ and ‘Get in the Ring’.

But I used my own methodology – a casual 15-minute conversation with the entrepreneur, where I covered the following criteria:

(b) the entrepreneur and team,

(d) scalability of operations, and

All in all, I had conversations with 47 companies and have selected 12 that I thought showed good chances of success.

So here they are in alphabetical order:

99tests is a crowdsourced software-testing platform. It allows software product makers to test their products for bugs without incurring a huge fixed cost of testers on their own payrolls. 99tests does this with the help of the 15,000 testers who are registered on their platform. It helps drastically reduce the cost and time that companies typically spend to develop and launch new products and to fix bugs. 99tests is a global company, with both testers and clients coming from around the world.

For companies that have a mobile application, Appknox provides an audit of the security of their application and a report telling them about the possible loopholes through which the application may be hacked or data may be stolen. The company has been in operation for over two years and has a number of clients from across the world.

Ascent Intellimation is in the area of Internet of Things, but for industry. The Ascent solution sits on top of Programmable Logic Controllers or any other plant automation system, and makes intelligent inputs and decisions to enable smarter working of the plants. Ascent has been in operation for three years and has a number of clients in India.

Fropcorn tries to solve the problem of boredom that a consumer faces while travelling by air, train, metro and intercity buses. It licenses content (music, videos, movies) and loads it on to the cloud. It then partners with an intercity bus (train or plane) operator to place a box in each bus, and that box will have access to the content on the cloud. Then it urges consumers to download or stream the content through near-field technology on a pay-per-use or subscription-based model.

I met two team members and they seemed confident and positive. But they will have to quickly solve all three problems – licensing content, getting transport partners (many of which are government-run) and convincing consumers of a paid model (when the Internet is full of free content). The founders will also be advised to research whether this model has been tried anywhere else in the world, and the learnings therein.

House of Blue Jeans enables e-commerce shopping. It is currently limited to home furnishings, but hopes to extend to fashion. Lets say an online furnishings company is selling sofas. Currently, they have to arrange for a sofa from a supplier or a factory, arrange a living room context, photograph it, clean it up and upload it. Now imagine an Ikea trying to do it for thousands of their sofas. Tedious and expensive. Alternatively, Ikea can hire House of Blue Jeans, give them vector measurements of the sofa, and they will reconstruct the sofa in 3D, in the colour of customer’s choice, in the living room of their liking.

I like the idea, the prototype and the large consumer impact of this venture. But B2B selling and customer satisfaction can be a challenge. There is a lot of human intervention required and can be difficult to scale in the first few years. As an extension of this idea to the B2C space, consumers can photograph their living room, upload it on Ikea’s website, and pick and drop the images of furniture into their living room, and see what the whole setup looks like. Clients ofIkea proportions can be charged on a pay-per-use subscription. Now that could be really scalable.

Hotbon manufactures containers made from special material that allows self-heating and cooling of food items – think a tiny portable microwave or fridge. For example, I have a busy travel day, and don’t know when I’ll get to have lunch. I simply order my favorite sabzi and naan, and when the time comes for me to eat, I shove the food into a Hotbon container.Within 60 seconds, I have an awesome hot meal ready. Each disposablecontainer costs Rs 15.

I liked the positive energy of the entrepreneur and the simplicity and novelty of this idea. So simple that you wonder why none of the big consumer companies have come up with this product. And that’s where Hotbon’s risk will be. If the idea gains initial traction, you can be sure there will be large-sized competitors selling their own version of Hotbon soon.

Hyperverge has an application that will grab all your photos on your mobile, laptop, Facebook and other applications and organise them based on intelligent algorithms. So lets say you go for a party and land up clicking 100 photos. Hyperverge has data sensing capability that will automatically delete duplicate and low quality photos, categorise them based on people or background and throw up high quality and fun photos that you can automatically post on Facebook or share on WhatsApp.

The idea of Hyperverge is so good and the global potential so huge, they will be going up against Google and Facebook. Which means that Hyperverge will be playing a high-risk game - either get wiped out or get acquired. And very soon.

Maxmytv provides a box that sits between your TV and cable box, and does some interesting things from there. The first is security - it can be linked up to a security camera, and in case of a breach it gives off an alarm, switches on the TV with the recording of the movement, plays music to warn the owner etc. Second is home automation:it can detect the motion of the house owner entering the front door, and automatically switch on the AC, music, TV, or do other pre-programmed things. Third is shopping:if a Flipkart ad is popping up,the TV will also show an option of buy now and other call for actions so that the ad is more effective and the conversion rate is much higher for impulse purchases. Fourth is personalised content and ads:it can detect who is watching the TV (husband, wife or family), and then throw up relevant ads and content for optimal enjoyment and personalisation.

Maxmytv has a number of applications, but a lot of testing with technology and user feedback will need to be done before market adoption happens.

Nearex is in the payment space for non-smartphone users. The consumer gets a debit card that can be loaded with cash or non-cash charge. The merchant gets a portable card reader (less than the size and weight of a smartphone) that can be used to debit money from the consumer on a purchase. Nearex has received funding of USd five million from Tata Capital and boasts of Airtel as its anchor client.

Again, a potentially large idea, but there will be heavy competition, since the payment space is getting crowded, with some cash-rich companies operating here.

Senseforth solves a huge problem. For example, lets take Panasonic which probably gets thousands of customer complaints and requests via email every day, and dedicates a large customer support department to emails alone. Senseforth automates this entire process. The system has the ability to read unstructured data, which allows it to sift through emails, prioritise urgent emails based on certain words, flags reminder emails and suggests replies, which can then be approved by the customer support representative before sending out. It also monitors social media and customer review sites, and posts replies to positive or neutral feedback, while flagging negative reviews.

Tickto helps offline retailers in collecting, measuring, analysing and reporting behavioural data on in-store customers, provides them with a personalised service and recommendations, and also an omni-channel analysis and report in case the retailer has an online presence. Tickto does this by tracking the mobile phones (through the machine ID or mobile app) of in-store customers, and following them as they move through the store.

The product has much more potential in the US than India, where the small size of retail stores does not require a Tickto-type tool. Since Tickto is targeting the US market, one of its main challenges will be to manage privacy concerns of in-store customers.

A cool demo was given by vrnxt which operates in the area of virtual reality and augmented reality. They made me put on a head and eyeset (think Shahrukh Khan in Ra.One), and I could walk through an apartment, change colours of the wall and flooring to see what it looks like. I could also see the 2Dlayout of the flat, and have it come alive like a 3D image that I could explore.

There are others in India who are working on the same concept and have had limited success so far. Industry adoption has been slow, due to low awareness and unfavourable cost-benefit results. Industry views it as a gimmick, and is not willing to pay top money for it.

Overall, there was general exuberance and positive energy all around, and if the conference was anything to go by, Flipkart, Snapdeal, Ola and Zomato are only the tip of the iceberg for the Indian startup ecosystem. I just hope the government and policy makers can keep pace with this creative volcano that has already started erupting and will only gather pace and energy over the next few years.