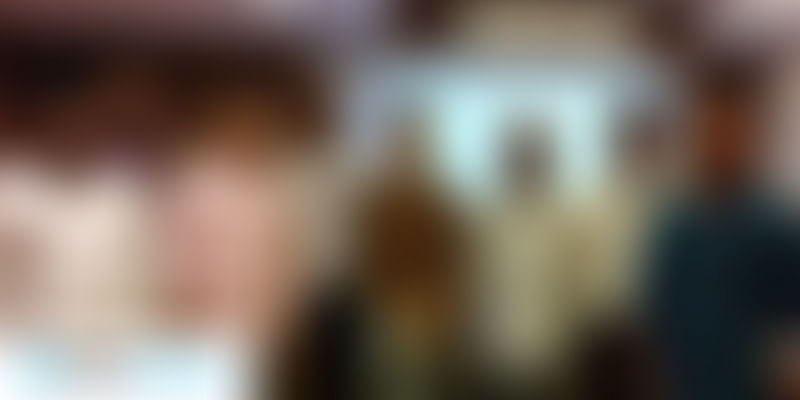 Edtech is a hot startup area and the last three years have seen a bunch of companies crop up in the test preparation space. Back in 2012, when the sector was reasonably open Abhishek Patil and Satish Kumar left their jobs at InMobi to start Oliveboard. One of the winners of Edustars in 2012, Oliveboard started as an adaptive learning platform that personalises education for every individual and the focus was on MBA.

“We started with the MBA test prep market and went after coaching institutes in 2013 after a little success there,” says Abhishek. But that decision was a mistake in hindsight. The team lost some valuable time before figuring that going after coaching institutes would not scale. “So in early 2014, our focus started shifting towards job-oriented tests (banking and others). We shifted to a B2C model and the growth has been quite fast since then,” he adds.

Currently, Oliveboard users learn through videos and textual lessons while practicing using mock, adaptive and topic tests. An adaptive engine provides remedial content on every student's weak areas. “We provide a unique collaborative gamified environment where students can 'group study' in a game-like environment while helping each other out,” says Satish.

Completely bootstrapped, Oliveboard has paying users and became profitable at the turn of 2015. The product has 1,80,000 users overall of which 10,000 are paid users. Paid users come from 520+ cities and towns across India with over 70 per cent coming from Tier II and III cities. “Over 25 lakh questions were attempted on our platform in September alone,” says Abhishek. The team has also grown to eight people and the last couple of hires have been Oliveboard users. “Many of our users wrote to us saying they love what we are doing and wanted to join if we had an opening and we got them on board,” says Abhishek.

The growth is promising, but so is the competition with the likes of Toppr raising huge sums of money; Pagalguy is getting active in other sectors and there are a lot of players in various areas of test preparation. Global players like Coursera, Udactiy, Khan Academy provide top-notch courses in various fields and then there are other players like Panorama Education and ForClass, which focus on finer areas. In India, one can look at the likes of ClassMatrix and Tabtor.

For Oliveboard, a major enhancement is on the way for their mobile app. The company also might close a funding round in the next few months. Talking of the vision, Abhishek says, “The larger goal has been to deliver personalised learning for any education segment. We are constantly trying to figure out ways in which technology can be used to effectively solve problems that classrooms and books cannot. From a mobile+online platform now, we might soon see a day when we are a pure mobile test prep/learning company.”