Is recreational sports market a huge untapped opportunity in India? 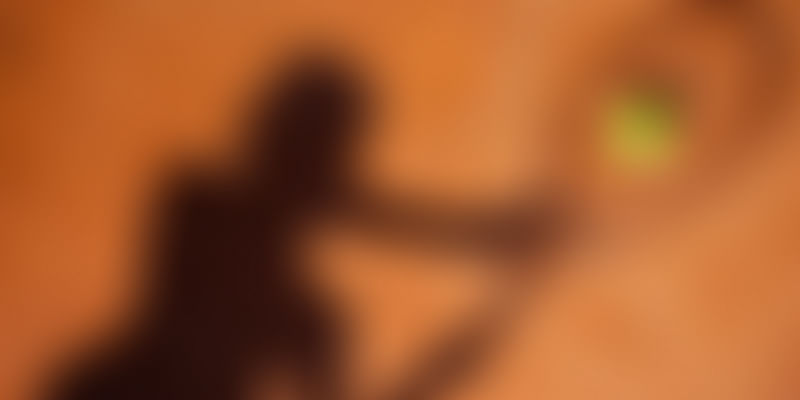 Shouldn’t more of us be playing?

India prides itself on being a sports crazy nation. Sample this – more than 300 million people tuned in to watch the World Cup Cricket 2015 semi-final between India and Australia. Recent trends suggest that the frenzy is not just limited to cricket. The opening week of India’s seminal football league, ISL 2014 got nearly 170 million viewers, with the opening day garnering 75 million viewers. The Pro Kabaddi League has reportedly garnered even higher numbers. The burgeoning online population means that the consumption spills over to other media, with popular portals getting more.

Intuitive logic says that there must be a strong co-relation between interest & participation in sports. If you compare India’s interest and participation numbers with global figures, a very interesting and rather dismal pattern emerges.

The numbers show the co-relation between interest in sport and participation in organised sport. For every other country/region, there are national sports surveys where participation data are easily available. For India, the participation number is mentioned in this KPMG report titled ‘Business of Sports.’ The interest figures for India have been extrapolated from analysis of 100 million Facebook users in India by using the ‘Create Ad’ segmentation tool.

Considering that the age group for playing sports ranges from six to 60 years, the numbers seemed a bit anomalous. The anecdotal evidence of seeing queues at 5 am for membership of DDA sports complexes in Delhi to witnessing full house at Astroturf football venues across Mumbai, Pune, and Bengaluru (more than 30 on current count) suggest that the participation figures should be a bit higher. Our own experience of having run a sports venture over the past four years reflect the demand for cricket grounds in NCR, which remain occupied 90% of the weekends. Increasing numbers of housing complexes and townships have sports infrastructure, not to mention the people playing at public grounds, neighbourhood parks or on streets that double up as cricket and football pitches.

We decided to put some numbers to substantiate the above hypothesis. A ‘quick-and-dirty’ way to do that was to analyse CV database of a job portal to understand how many people have an expressed interest in playing sports. The analysis revealed that 23% of the people, from seven lakh listed in Delhi NCR in the age group 21+, had indicated an interest in playing one or multiple sports. The number in the age bracket of six–20 would be even higher. Interestingly, the number of people who mentioned participation in organised sports (leagues, tournaments, etc.) in their CV was about 1.5% of total, which is consistent with the number quoted in the KPMG report.

To corroborate the above, market research reports (source: npd.com) indicate India is the 11th biggest market for sports apparel and footwear in the world, with an estimated INR 400 billion being spent every year, growing at a rapid pace of ~30% YoY.

Recreational sports also fall in the unique intersection of health/fitness/wellness space and leisure/recreation space, both of which have projected market size in excess of INR one trillion.

So the question now arises – why is the sector still so unorganised, and what is the potential and scope of organising it?

Understanding the ecosystem and bottlenecks

Activities can be driven by the users themselves (e.g., tennis friendly or badminton session) or by activity organisers (e.g., coaches providing training, league/tournament organisers). Venues are places where the activities take place, which can be the RWA courts or a sports complex.

Right now, there are bottlenecks at each step:

Gyms and fitness classes are much more organised in all these aspects, which gives the users a lot of diversity, flexibility, and ease of joining.

The potential of sports lies in streamlining every element of this ecosystem, which would drive participation by removing the barriers that users face. A case in point is the great turnout for the ‘Come & Play Scheme’ launched by the Government, which had to be discontinued because of poor on-field implementation processes.

Opportunity: sports as a consumable product

There is an immense opportunity if the entire process of discovering and joining sports is made seamless for people across age groups and skill levels. Through use of technology, introduction of innovative and inclusive formats, opening up more facilities and unlocking access to existing ones – the participation numbers can be driven exponentially.

There are more than 100 million households in the urban middle-class category, with disposable income for recreational and leisure spends. Each of these households has at least one member in the age group of 6–60 years, with nearly 34% in the 15–34 age segment. Growing focus on healthy and active lifestyle and rising disposable income coupled with a deep-rooted intrinsic interest in sports means there is an immense potential if sports is positioned similar to what gyms and fitness classes have done. Each user spends an average of INR 15,000 yearly on playing sports (taken from our internal figures of having served 20,000+ users across four years in our venture SportsWave), apart from the allied consumption of sports and related products such as equipment, beverages, etc. A conservative estimate puts the total market size to be around INR 300 billion.

To achieve that, we have identified three core pillars that need to be strengthened in order to form the foundation of an amateur sports ecosystem:

The past two to three years have been exciting in the recreational sports sector, with tremendous interest being generated by brands and franchises, more and more players are stepping up to drive participation. Here is an overview across categories:

Given the intrinsically social and leisure nature of sports, multiple ventures have come up in this space to capitalise on the rising interest and disposable incomes.

Smaaash (www.smaaash.in) – Blending entertainment and sports at their sprawling facilities in Mumbai, Gurgaon, and Hyderabad, they are backed by Star Sports, Sachin Tendulkar and PE fund Fidelis World.

Dreamfields (www.dreamsportsfields.com/DSF) – Have six Astroturf arenas across Mumbai with plans to touch 20 across India in the coming months. Other players, including Kick (www.kickforall.com) in Powai, contribute to nearly 30 such arenas in Mumbai alone. Similar concept exists in Pune (Hotfut – www.hotfut.in), Bangalore, Hyderabad, Delhi NCR, and Ahmedabad.

Multi sports venues such as XLR8 (www.xlr8india.com) and Play Arena (www.playarena.in) in Bangalore are also coming up across cities.

Existing sports venues that include clubs, complexes, schools and colleges are also opening up to the dynamic pay-per-play model to monetise their unutilised capacities.

Organised sports academies, especially football academies, have entered big time in India. The most popular clubs, such as Barcelona, Manchester United, Arsenal, Liverpool, etc., now have centres across India to capitalise on the rising demand. Homegrown BBFA is already operational across multiple cities. Cricket academies have always been popular choices, and recently iconic cricketers like Yuvraj Singh and Virender Sehwag have also opened multiple centres. Mahesh Bhupathi’s tennis academies are spread across the country, and a similar trend is being observed in other sports such as badminton, shooting, squash, and TT.

Every city has a bunch of event organisers who organise leagues, tournaments, and corporate events. Sports startups such as LEH-LEH Sports and Duplays, apart from our earlier venture SportsWave in Delhi NCR, are attempting to make this sector more organizsed and inclusive for users.

The adjacent health and fitness space has seen tremendous movement with the introduction of discovery platforms such as recently funded Fitternity.com and multiple startups in the ‘one-pass-multiple-classes’ space at the back of the huge success of ClassPass in the US. Similar platforms have been launched for sports, including PlaynLive (www.playnlive.com) for aggregation and Playo (playo.co) for discovery and booking.

Sports inherently generate a lot of data, and capturing this data presents a lot of exciting opportunities to engage and inform users. Presently, the data of sports activities is at times captured on paper, which rules out these possibilities. A few ventures have started building platforms to capture and render this data, most notable among them being CricHQ (www.crichq.com) for cricket, backed by Stephen Fleming and has raised USD 10 million last month.

The possibilities in this field are immense, as wearable devices make collection of real-time data easier, there will be need of platforms that enhance user experience by providing insights and engagement. As mentioned earlier, apps like Fitbit have made running social, and a similar app for sports would emerge as the ecosystem matures. Strava and Runtastic have already declared plans to enter this space.

As sports equipment become smarter (a la the Babolat Play racket used by Rafael Nadal) and wearable devices become cheaper, a whole new field of analytics and engagement will emerge.

The sports sponsorship market in India is poised to be USD 4 billion (INR 240 billion) by 2019, with brands and franchises increasingly trying to create a community and connect to recreational sports participants. Nike and Puma both launched their version of pick-up football apps to drive participation. Adidas recently acquired Runtastic for USD 240 million. Sports apparel and equipment market is currently around INR 30 billion, growing at a rapid pace nearly 25% CAGR. The adjacent health/fitness/wellness space is also witnessing great progress, which is currently estimated to be around INR 800 billion growing at 30% CAGR.

The target group for all these sectors are similar, and there are synergies such as co-branding, marketing, sponsorships, cross-selling that will further bolster the recreational sports space.

The rapid adoption of technology has been re-defining the way we do things. We think that playing sports and measuring sports data would be no different. Positive trends such as focus on healthy lifestyle, higher disposable income, internet penetration, and cheaper devices will help the users discover and join activities and also track and share achievements. On the other side, positive government policies such as focus on digitisation would open up more sports facilities and give access to existing complexes and stadia. More entrepreneurs would come in to organise sports and build sports facilities, apart from unlocking the potential of existing ones.

Nikhil Jha (@nceejay) is an IIT Bombay graduate, and the founder of InstaSports and SportsWave. Apart from day-dreaming about making sports a part of people’s daily habit, one of his closet dreams was to become a sports journalist, which was partly fulfilled when Cricinfo published a few of his fan articles.