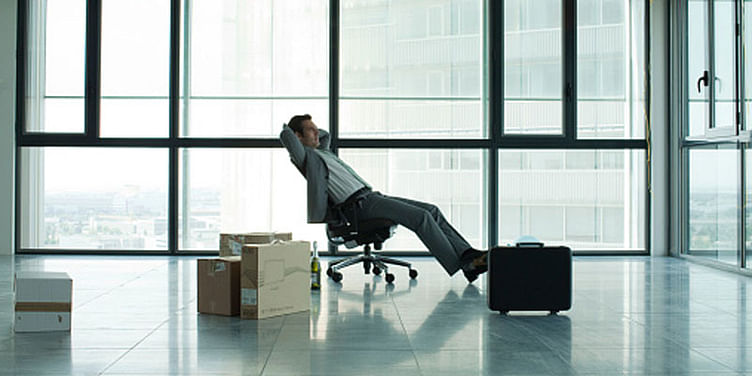 With Google announcing its latest foray into fresh food and grocery delivery through its Google Express, beginning in San Francisco, the battle for e-Roti has started!

It is not only Google that is excited about the omnipresent ‘R,’ but Amazon as well. Amazon through its Prime Now service promises one and two-hour delivery of food and meal services from restaurants to its Prime Members. Amazon India has also started grocery services. Out of the top 15 e-commerce investments in India in 2014, more than 10 belong to the Roti, Kapda aur Makan (RKM) category!

Roti: Incidentally, there is no other place than India that has caught the fancies of multitudes of startups in this space. As per Tracxn, there are about 700 startups in the food and beverages space in India with a total investment of about $1.2 billion.

In the e-commerce market, India rakes in $275 million in e-Rotis and is expected to reach $725 million by 2020. However, it is a dwarf compared to $8.5 billion revenue generated in China followed by the US at $8.5 billion.

With hyper local deliveries, firms such as BigBasket, LocalBanya, and Greencart tap smaller shops in neighbourhoods. These neighbourhood shops, once intimidated by the arrival of large brick-and-mortar large retail chains, now have been able to increase their reach, thanks to ‘Roti’ aggregators!

Innovations in matching supply-demand through technology have resulted in firms such as Travelkhana providing hot plates to commuters when they reach specific railway stations. After all, food and groceries contribute to about 70 per cent of the $500 billion Indian retail market and hence the reasons for huge interest both from startups and investors in this space.

Kapda: As per Statista, Indian e-commerce market’s largest segment is ‘clothes and accessories’ with a market volume of USD 2.7 billion in 2015 and is expected to touch $8.6 billion in 2020. There are about 50 million users who order clothes online and is expected to more than double in the next five years. From a global comparison perspective, China generates more revenue through Kapda at USD 60.3 billion than any other country. US comes a close second at $50 billion.

Makan: Notwithstanding the commotions at Housing.com, the real estate, furniture and homeware segment has also seen much traction amongst startups and investors. Firms such as Urbanladder and Homelane have morphed in to private label firms in furniture and interior decoration.

Furniture and homeware generates close to $1 billion in revenue in India and is expected to cross $2.5 billion in the next five years. China’s digital retail and furniture segment has revenue of whopping $52 billion, more than double that of the US.

With the recent development of a Virtual 3D App by Commonfloor, Indian online retail ventures are set to provide enhanced user experience to property hunters. The traditional real estate companies have been quick to adopt this model, led by Tata Housing that has sold flats worth Rs 50 crore online. These startups can possibly cut down the tedious process of buying and selling houses infested with money laundering intermediaries into a less burdensome one.

I was indeed glad to see that the owner of my neighbourhood store, ‘Mera kitchen,’ showed me Snapdeal-marked cartons which he uses to ship kitchen utensils and hence is able to enlarge his market reach. Then there are platforms such as SellerWorx helping small businesses tie up with large e-commerce firms such as Amazon and Snapdeal to sell their merchandise. There are specialised last mile delivery aggregators such as Opinio and Road Runner which can get you anything you want from your neighbourhood stores.

Though all the above categories of startups in the RKM space are getting funding, there are some caveats of the Indian startups compared to international ones. The average revenue per user in India, much like our telecom industry, is very low in all the above segments: it is $13, $55, $26 for RKM, respectively; while it is $70, $150, $500 in China. With these low ARPU numbers, Indian e-market places for RKM need to device innovative strategies to generate income for sustainability.

However, the larger brick-and-mortar retail chains are aware that the app economy is tilting the balance towards the smaller shops and kirana stores like never before. The question before them is to fight them on their home ground by integrating with the app economy or provide a compelling case for their capital-intensive business operations.

In contrast, the startups need to focus on sustainable revenue-generating activities. This is not just technology play. There are too many ‘me too’ apps in each segment. The accuracy of information and timeliness of services provided by the platform firms require lots of ‘feet on the ground.’ The number of app downloads is not an appropriate measure of success. The ARPU and profit margins have to improve for the platforms to be self-sustainable.

The responsibilities and liabilities of these startup platforms are also still evolving. For example, if one gets spoilt food delivered by a platform provider, who should be liable? – the one who delivered it (i.e. platform) or the one who produced it (i.e. the seller).

Today, most e-commerce companies provide reasonable options for returns and refunds in the case of deficient products or poor delivery service, but there are situations where the liability could and should extend beyond just a refund. While the platforms may take a ‘caveat emptor’ approach in their legal position on their website, this may not be tenable in the eyes of the consumer and even the government, as is being witnessed with Uber in many countries.

The average number of mobile users who avail the above services through the apps is about one million, which is nothing to gloat over. Given that the number of mobile broadband users in India is about to touch the 100 million mark, there is enough room to play and tap.

(This article is authored by V. Sridhar, Professor, IIIT Bangalore; and S.R. Raja, Associate VP, Persistent Systems. Views are personal. The data is derived from the following sources: statista.com, tracxn.com, and Yourstory.com).