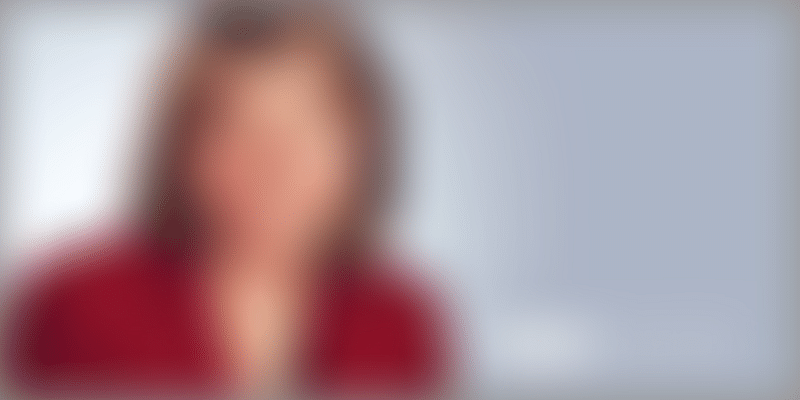 A child nurtured in such an inspiring environment would certainly grow up with the strong conviction that she has destiny on her side. The person we are speaking about has broken all norms for women in technology. Meet Sandy Carter, who is the GM, Cloud Ecosystem & Developers at IBM.

We caught up with Sandy during her recent visit to India. She talks about technology in a way that inspires the layperson to embrace it rather than run from it. Talking about some of emerging global trends, she points to Cloud as being one of the most important. The Cloud, she says, is completely changing and revolutionising startups and entrepreneurs, as it eliminates a huge part of the initial costs on infrastructure and technology.

‘Mobile first’ is the trending buzz word today, but Sandy says for her, it is mobile only and attributes this to the way smartphones are taking off. Next on her list is cognitive, so computer services that are not just programmatic but that think and learn and really help you to get to that next level. Internet of things and wearables follow, before finally concluding with data.

Speaking about initiatives for women within her organisation, Sandy mentions an initiative called 'black hut'. This is a unique initiative where women entrepreneurs from all over the world are invited to Silicon Valley. They are housed together and taught about funding, networking, and given confidence on their solutions. And then these 30 plus women go out and attack the market.

She also talks about helping young girls who code and the kind of impact it has had. She says, this year in the history of Stanford, there are more women who have chosen Computer Science as their major. She also talks about Bluemix Girls Night Out, a programme that is held the world over, including India, where women are taught about Cloud and how Cloud can empower women to move forward. She emphasises though these are more technical, they hone in on women leadership skills. She also highly recommends a book called ‘Career Hacking’ for women.

Quoting a survey, she says there are three times as many women developers in India as compared to the United States. And says there is a lot of passion and energy in India to do things here and are producing some great mentors which will help the next generation.

She leaves us with a message:

‘Keep the passion up and going, take a risk, get out there and be bold in your ideas and your passion and never ever give up’.

Watch the video for more insights from Sandy Carter.