With over 4K orders a month, Stuffed plans to grab major pie of $1B QSR restaurant space 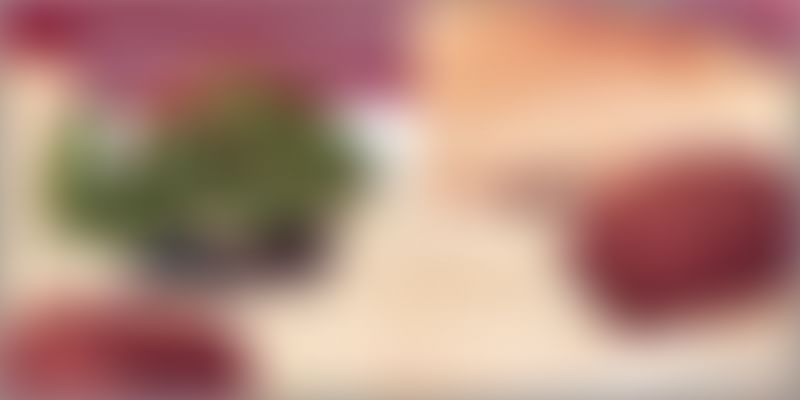 Finding good food beyond the typical Indian or Chinese fare or pizzas is still a big problem in India. Although people have become more globalised, the availability of different cuisines is still missing. “I remember the days when we used to travel all the way from Powai to Bandra Carter’s Blue to have a shawarma,” says Ridhima Vijay.

The pain of finding decent shawarma and pasta without causing too big a dent in their wallet led husband-wife duo - Ridhima and Shreyans Vijay - to start QSR (Quick Service Restaurants) chain, Stuffed.

The duo aims to develop a contemporary cuisine that would fit the Indian palate and give a refreshing experience too. To add the refined touch of fine-dining, the duo added exotic pastas to the QSR format. “The kind of pastas we serve are not available anywhere else in a QSR format,” claims Shreyans.

Shreyans was an investment banker for eight years and a graduate from IIT-Bombay. Ḥe and wife Ridhima, who was a software engineer and an equities trader, both quit their jobs to start this venture. “We opened our first outlet in Andheri East. We started small but reached break-even in just four months,” he adds.

The company currently has three outlets in Andheri East, West, and in Powai and it does 150 orders on a daily basis with an average ticket size of Rs 250. “Each outlet is clocking nearly Rs 10 lakh of revenue per month. We have a strong repeat customer ratio of 60 per cent,” says Ridhima.

The duo believes there is no other cuisine besides Indian, Chinese, and pizzas that are readily acceptable as a lunch or dinner meal in India. “We are here to change this notion. We are known largely for our shawarmas and pastas. We are the only restaurant that gives regular as well as large shawarmas. The portion of pastas and salads are also very generous. We aim to establish ourselves as a QSR restaurant with a touch of fine dining experience,” says Shreyans.

Funding and size of opportunity

Stuffed recently raised a funding of Rs 2.5 crore from Riqueza Capital and it’s looking to open eight to 10 outlets in the next 12 months. The company also has plans to enter the pre-packaged foods segment which would enable it to reach the young consumers in a much bigger geography.

Fast food chains also known as QSR (Quick Service Restaurants) are estimated to grow at 30 per cent CAGR by 2015 as compared to 10 per cent growth estimated for food service sector in India. The QSR market size is expected to cross USD 1.5 billion mark by 2017.

According to the National Restaurant Association of India, 50 per cent of the Indian population is eating out at least once in every three months and eight times in every month in bustling metros as compared to US (14 times) and China (nine times).

The QSR segment is largely dominated by foreign brands with no major home-grown players. The rise in consumerism, strong economic background, and better incomes are encouraging Indians to eat out (or ask for home delivery) like never before. Besides QSR format, Stuffed is also planning to kickstart gourmet food business which can bring massive scale and growth to the company.

Technology-leveraged food business has attracted an unprecedented interest of VCs in the first half of this year. However, the interest seems to be going down (if we analyse the last three months). Stuffed appears to be a potential player in the QSR format and it would be exciting to track its growth in the time to come.