'Emotions ka insurance' with Vedika Goel’s venture, With You 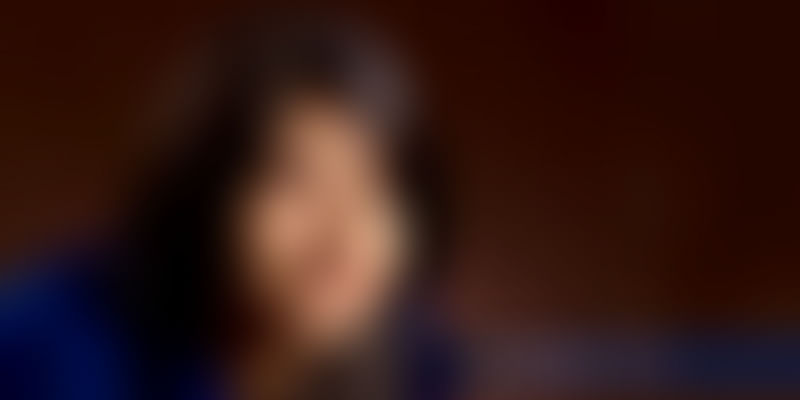 “We prepare ourselves for all forms of crisis through health and medical insurances, life insurances, vehicle insurances, and even insuring our body parts! So why not think about the ‘emotions’ of those we would leave behind?” asks entrepreneur Vedika Goel.

Vedika shares that when people know that their end is near their primary worry is about their loved ones and how they will get over their death.

Putting a positive spin on the pain and loss of losing a loved one is Vedika’s venture, ‘With You.’ Driven by the sudden death of a loved one, Vedika has drawn from her own experiences.

With You allows people to leave behind videos, messages, and even last wishes known to your loved ones after you have gone. “Your messages are stored safely with us for as long as you live and will offer your loved ones support when you have passed away,” she says.

Vedika claims that what she is trying to address is a pain point that people are often hesitant to talk about. We know of startups that allow people to leave online wills and the popularity of these online wills has been on the rise.

But this is not about wills, but voice notes, pictures, messages, and letters.

“People tend to attach a negative connotation to death. But death, is a part of life, a natural process and is faced by everyone at some point or another, and with my service, I want to make the process of losing a loved one a little less painful. This is not a negative thing, but all about protecting the emotions of people you love and are leaving behind,” she emphasises.

The idea of the venture came to Vedika when she was in school when she got the opportunity to manage a small project on entrepreneurship. The experience taught her what it means to be accountable and how every small decision matters. Vedika held on to the idea but began working on it only last October, after graduating from college.

While the conceptualisation and groundwork took place last year, it was this year that the service went live.

Her target audience comprises individuals between the age group of 25 and above. “This service, I believe, can really also help people who are at an uncertain stage of their lives and don’t have a guarantee of tomorrow because of medical reasons. I feel it can give them a good platform to reduce the pain of their loved ones when they are gone,” she says.

Making of an entrepreneur

Vedika hails from Kolkata and was born into a joint family where her parents, grandparents, and her siblings share very close bonds.

She studied in Kolkata and went on to go her graduation in commerce from J.D. Birla Institute, Kolkata. After completing her bachelor’s degree she did an intermediate level of chartered accountancy and a job at an audit and consultancy firm. “This experience taught me and gave me first-hand, in-depth knowledge about how various businesses functioned, what were the key drivers and also the pitfalls.”

While in college, she discovered books on entrepreneurship and among these stumbled upon books by Robin Sharma, “His books have been instrumental in making me an optimist by nature,” she says.

Late last year in 2014, Vedika began working for Future Group’s Future Retail division at their Kolkata office as an industrial trainee. She continues to work full time with the group and works on projects focussed towards analysing the correct implementation of the laid out procedures of the company for the stores all over the country, pricing and offers and their impact on the company’s financials. The work has been very broad-based and I got the opportunity to explore unchartered territory.

While she works full-time, she is also managing her startup and is also preparing for the final examination of the chartered accountancy course, which is due in November later this year.

The response to With You so far has been positive according to her. “There have been loads of inquiries with people very curious about how it works and also people saying how they’ve never thought about it.” An interesting point Vedika has noticed is that “there were more people who would love to ‘receive’ something which a loved one has left behind for them, rather than leaving something behind,” she says.

As the idea is unique it has gotten people thinking that Vedika has come across some interesting approaches, a few of these even she had not thought of. She reveals, “Some asked me if it was alright to create accounts on behalf of their grandparents and dedicate the uploads for their parents and other family members. This gives a fresh perspective on utilising the service.”

running and functional. Since personal data of clients, including images and videos, etc., are at the core of her service, a secure system was one of her priorities.Vedika has found support from a team of consulting lawyers and CA’s who have provided their insight and assurance services all through the registration process.

She has also found a great mentor in Deepak Mehta, a BITS Pilani and IIM-A graduate.

At a young age, one of her primary challenges has been to multitask and handle her day job and manage her startup too. It is through her full-time job and the salary she earns which has ben her major source of investment.

“Since I was working alone, I did not have the option of allocating work to someone else. As big as a challenge it was to manage so many things at the same time, it was more important that I don’t make any mistakes or leave any loophole in the process. I had planned everything beforehand and that helped me greatly to take up things in an orderly manner.”

Other than the initial challenges and hiccups, the one major problem she has faced was to get a payment gateway provider before the launch. “I had a hard time explaining the idea to them. I received rejections from the well known ones in the field and some even came up with responses like, ‘It won’t work!’ or ‘Let some big company start the service first.’ I did eventually receive an acceptance response from EBS as my payment gateway company, and soon enough some of those companies came around and offered to provide the gateway,” she says with a smile.

Given people’s resistance to change or acceptance of a new idea, Vedika had a tough time selling people the uniqueness of her idea and the concept. The one thing that kept her going were these lines from the Hollywood movie, Pursuit of Happyness, which she happily shares with us – “Hey, don’t ever let somebody tell you you can’t do something. Not even me. All right? You got a dream, you gotta protect it! People can’t do something themselves, they wanna tell you can’t do it. You want something, go get it. Period!”

Vedika’s brother and sister-in-law have been her pillar of strength, especially guiding her in times of crisis. “Managing businesses themselves, their valuable insights have given me confidence time and time again. They don’t just agree to everything I say but question me as critics. Their doubts and queries are like red flags and I can just improve on them. Like every mother and father, my parents have also been very supportive of the service. Lastly, my friend Akash, has been the biggest support system as he would never let me give up,” she shares thankful for all these people in her life.

After a positive response from her audience, Vedika also made it to the third round of IIM-A Master Plan 2015, a competition conducted for entrepreneurship ideas and startups.

Social media, distribution of pamphlets in Kolkata, word of mouth at public events has been the primary means of creating a buzz around the venture. “I am working on expanding my team, looking for in-house developers and people with zeal to work on this start up. Going forward I want With You to be the brand that provides the most well designed, secure, and appealing package of services covering before and after life services. This diversified approach will help me to be prepared to face any upcoming competition in the afterlife space.”