Bollywood stars, artists join hands for the cause of elephant conservation 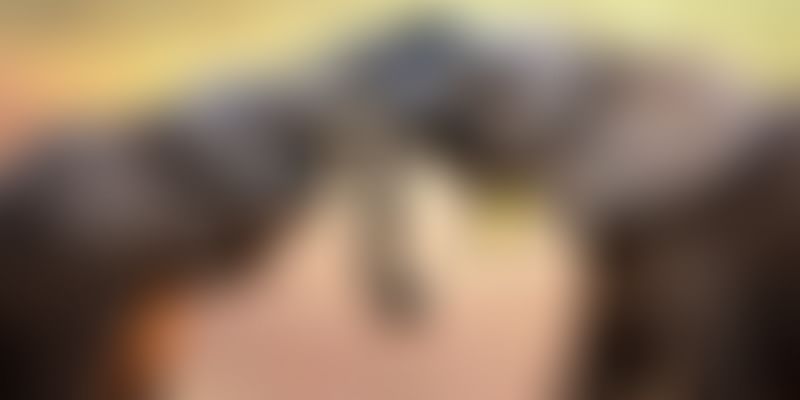 Elephant sculptures painted by leading cinema stars such as Amitabh Bachchan, Salman Khan, Shah Rukh Khan, Aamir Khan and Akshay Kumar are among artworks being offered up for sale to raise funds for the cause of conserving the country’s pachyderm population.

The Bollywood biggies are part of 50 artists and celebs who are supporting the cause by painting on fibreglass elephant statues for a fundraising exhibition-cum-sale, proceeds of which are set to go towards building the country’s first Elephant Conservation and Care Center in Mathura.

Wildlife activist and Woman and Child Development Minister Maneka Gandhi whose NGO People for Animals has tied up with Wildlife SOS another NGO to raise funds for the Mathura Centre. The art event, which begins with a preview on November 28 and continues till November 30 is being hosted by city-based art gallery Art Alive.

“There are two life size masterpieces by artist Paresh Maity besides a set of 5 elephants painted by Akshay Kumar, Shah Rukh, Amitabh Bachchan, Aamir and Salman Khan. Anybody who buys them is buying into movie heritage and it would be a nice collector’s item,” Gandhi said.

Apart from tinsel town celebrities the exhibition ropes in prominent artists such as S H Raza, Rameshwar Broota, Ram Kumar, Thota Vaikuntam, Jogen Chowdhury, Subodh Gupta and Laxman Goud among others. The sculptures are prized between Rs 2 lakh to Rs 50 lakh. The Wildlife Protection Act, 1972 offers protection for the Asian Elephants but Gandhi says there are no shelters for rehabilitation for the gentle giants.

“There is a ban on elephants in zoos and circuses and the Supreme Court has ordered that all illegal elephants should be rehabilitated but there are no government shelters where they can be sent. There are only 22,000 elephants left in the country and out of these at least 6,000 are in brutal and illegal captivity. We need to conserve elephants otherwise they will slowly become extinct,” she said.

The Mathura centre, which was set up in 2010 and now houses 18 elephants who are all in various stages of recuperation and have been either blinded, crippled or have been subject to various forms of abuse or simply abandoned.