The dark side of the cut-throat hyperlocal business 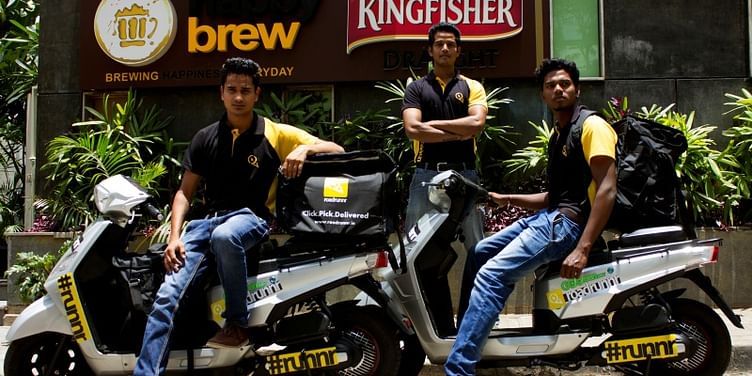 A few months ago, when we covered the Roadrunnr story, this is what we saw: At 5:15 in the evening the bustle of activity at the Roadrunnr office begins from the basement. There are close to 100 delivery boys seated on chairs, holding their forms and waiting for their turn to be a part of this B2B online hyperlocal logistics startup.

Today, the scene is very different. For a few days now, the startup world has been reeling in shock with the stories of vandalism and delivery boys revolting on new compensation structure. Twitter talks and whispers speak of firings and unrest drawing several parallels with the ill-fated Tinyowl situation.

However, the deeper you dig, the bigger the problem seems to be. The tale from Roadrunnr's team seems to bring out some red flags. The Roadrunnr team believes that it is a planned attack. The talk is about the change in payout scale brought in three weeks ago.

The story took a turn for the worse on 22nd November when close to 60 people vandalised the Roadrunnr office within a span of a few minutes. Mohit Kumar, Co-Founder, Roadrunnr, says, "The picture that seems to have gone viral is that of the basement area. Some parts were vandalised by the delivery boys."

Mohit says he was warned by a few restaurant owners of something being amiss a few hours before the attack took place.

To verify the claim, we spoke to Aruj Garg, Founder of Bhukkad, which uses Roadrunnr's services. He says that a few of the Roadrunnr delivery boys were behaving oddly. "We did speak to Mohit and asked him to look into it, but we didn’t know what the reason could be or what would happen," explains Aruj.

With these warnings, the Roadrunnr team decided to hire a few security guards to ensure the safety of the women employees and those who aren't involved in the drive operations in the office.

"I called the private security agency guys by around 9:30-10 am in the morning anticipating a strike and protest. But I did not think it would turn violent," says Mohit.

Besides the earlier alerts the team had received, red flags were reportedly raised in Delhi and Mumbai for the revised compensation structure. According to Mohit, close to 50 people had gone into the Mumbai Roadrunnr office and demanded a minimum pay order structure, and said they wouldn't work with the revised structure.

The management in Mumbai spoke to these people and requested them to try out the new compensation structure for 15 days. The scene in Bengaluru played out differently. When the internal team looked at the CCTV footage, they found that close to 20 people weren't even a part of the Roadrunnr team, according to Mohit.

With the footage, the team filed a complaint against those 20. Around 11 were arrested. There were three other ex-employees, earlier fired by Roadrunnr, who were part of the mob. The others in the mob comprised some regular employees of the company.

The team claims that the layoffs were done close to six months ago, and mainly driven by non-performance and behavioural complaints of the riders.

While there were claims that the management team was unwilling to talk, Mohit disagrees and adds that they were open to revising the compensation structure.

"They refused and wanted to resign with three months compensation. We accepted this and were even open to get the people back on the basis of a minimum guarantee structure. But later this turned into violent threats," says Mohit.

When we got hold of a Roadrunnr rider and spoke to him, he said on condition of anonymity,

"I have worked with this company from its inception. I don't have any problems with the team as of now. Those who have a problem are different from us."

Sources claim that many delivery boys who were part of the upheaval were threatened to doing so. It is also alleged that in several areas, the delivery boys were using stealth mode like not wearing the stipulated Roadrunnr T-shirts or turning over the delivery bags.

The man in the shadows

Simmering for a while now, the final explosion began with one e-mail that is believed to have hit most media houses early on Saturday. We received this email two days ago.

Attempts to contact him went without a response. This was followed by another email that told us where the article was first published, followed by an individual take on how Roadrunnr is losing its client base, and how the unit economics for hyperlocal businesses is unhealthy.

The email went on to add that the next dig would be on the grocery models and how consolidations are in the works.

"We believe this e-mail id is a shadow, and the emails were circulated as early as 18th November and by noon on 23rd immediately after the media coverage. We strongly suspect it to be a planned attack," says Mohit.

What does the audience want?

This incident has, however, not sounded the death knell for the startup. Aruj of Bhukkad says, "Roadrunnr is one of the few delivery startups we truly believe in. And we intend to remain loyal to them no matter what. Their values resonate with us."

Rant from delivery boys isn’t a new thing. Earlier, Grofers had to stop operations in Noida for a couple of days as riders were unhappy with the compensation.

“Dealing with delivery boys becomes challenging as they aren’t professional and startups need to be extra cautious while negotiating new terms with them,” says Rohan Diwan, Co-founder of Quickli.

While food startup Masalabox uses Opinio currently, Harsha Thachery, its Co-founder, believes that B2B delivery startups like Roadrunnr make life easy for them. "It's an additional cost to hire and manage the delivery boys and logistics. It's much more cost-effective and manageable to outsource this aspect," she says.

And the plot thickens

Roadrunnr says that some of the agencies they've been associated with, especially the pay rolling ones, have suddenly become difficult to deal with. Mohit says that the percentage of commission that these agencies get for referring the delivery boys, Roadrunnr decided to give as a performance-based incentive to the delivery boys directly.

These agencies help either in the sourcing of the delivery boys or work along a payroll model. Mohit says that the delivery boys wanted to join Roadrunnr directly looking at the incentive offered by Roadrunnr. This, according to Mohit, has caused some friction.

"We have a no-poach policy, but the agency guys are adamant that their attrition has increased due to us, and we need to compensate the same. They're in fact very insistent and aggressive on this," says Mohit. The sourcing model works well, but there seems to be some friction in the pay rolling aspects.

A few Delhi-based startups say they have been hiring through similar agencies but have never faced such a grim situation. “We have been hiring people through agencies and on a few occasions also fired them in bulk. However, agencies didn’t raise concerns over layoffs,” adds a team member of one of the leading B2B hyperlocal delivery networks based out of Gurgaon.

Several sources believe that currently, top on-demand B2B delivery startups do seven to 10 orders per rider (in busy areas). If the volume is less than five per rider then pay-per-delivery approach is the best option.

Companies like Shadowfax follow pay-per-hour model. “We follow an hourly pay model. That model becomes pointless when you don’t have enough volume, but volume isn’t an issue for us,” adds Abhishek Bansal, Co-founder and CEO of Shadowfax.

The situation in the startup world has been grim over the past couple of days. Is then Anand Lunia, Founder of IndiaQuotient, right when he says there is an anti-startup agenda brewing in the country?

(With inputs from Jai Vardhan in Gurgaon)