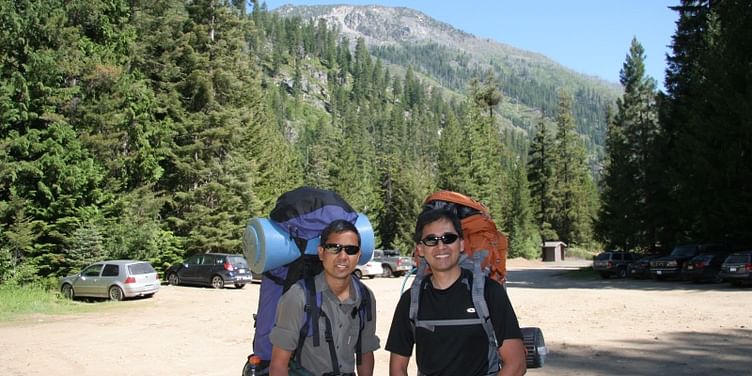 Friends for 25 years Anoop Goyal and Prakash Sikchi were inspired to start Inspirock while backpacking across The Enchantments of Washington's famous Cascade mountain range in July 2012. The experience was made all the more special when they came across a beautiful view of Inspiration Lake.

Often, planning a holiday requires consulting numerous websites, guidebooks, friends and family and plotting the agenda for each day on a spreadsheet. Both Anoop and Prakash felt that planning a holiday should be fun and technology could help people have great holidays. "A few months of brainstorming later, we wrote our first lines of code and Inspirock was born," says Anoop.

The platform works as an online tool that claims to use artificial intelligence to help users decide on destinations and the things they should do while planning a holiday. Anoop says their technology is inspired by big data, machine learning, and distributed systems.

Inspirock receives hundreds of data points on each of the millions of attractions spread across 11,000 destinations in 50 countries from across the web. This data is then cleansed and collated to generate inferences like whether an activity is kid-friendly, what a good time to visit a destination would be, whether a destination is a good place to stay overnight etc.

"This allows us to rank these places based on a particular user’s query. We then use cognitive modelling to build a plan that reduces trillions of possibilities down to one within just a few seconds," adds Anoop.

He says that users often build multiple plans to help decide from a shortlist of destinations under consideration. Once they decide, they find it fun to play with the plan and research to get to know the place. Many users obsess over the details spending hours to tweak the plan to their exact liking.

Anoop says different people plan differently, with some having a general plan, while others are meticulous planners. To address that, the plans are personalised for the user based on their travel preferences. In addition, Inspirock allows the user to do research and make changes to finetune the plan to get it just right.

Also read: A conversation over Skype got three Oxford students to start Tripr

The duo Anoop and Prakash met in 1991 at Stanford University while getting their Master's degree in Computer Science. Both are avid travellers and backpackers. For the first few months, it was just the co-founders. They spent a lot of time interviewing travellers, travel agents and travel industry experts to understand how people plan their holidays.

This allowed them to do cognitive modelling for their product. "As we grew the team from our network of friends and their friends, everyone could associate with the problem and align around the goal of making holiday planning fun and easy," says Anoop.

He admits that Inspirock was a hard product to build, taking three years to get it right. This is their fourth attempt from scratch on the user experience and it has been received well. Anoop says they've have received hundreds of thousands of users from over 150 countries who have engaged well with the product.

The team works across many different time zones and locations. Each member of the team is a passionate traveller, Anoop says.

Speaking about the differentiators, Anoop adds that Inspirock is the only trip planner that can automatically build a custom itinerary spanning entire regions or even multiple countries. Users simply fill out their preferences, travel dates and destination and a personalised plan is made in seconds.

"There have been many past attempts at building something like this, but no one has been able to match what we can do as it requires dedicated effort to tackle multiple challenging problems," adds Anoop. They service travellers looking to go to 50 countries in Europe and US.

Inspirock has raised a funding of $three million led by MakeMyTrip. Deep Kalra, Chairman And Group CEO of MakeMyTrip, says Inspirock provides a new and innovative way to plan vacations.

Deep adds that innovation doesn’t just come from within their company alone, and that they actively search for early-stage ideas with high potential.

He says, “Trip planning is a hard problem on multiple fronts: data, algorithms, UX, and content. Inspirock has assembled top talent in all these areas. The high quality product they have put out is a testament to how well they work together.”

Inspirock's future plans include expanding the coverage from Europe and US to the rest of the world. Anoop says they are aiming to be the go-to service for holiday planning.