Online pharmacies could be just what the doctor ordered 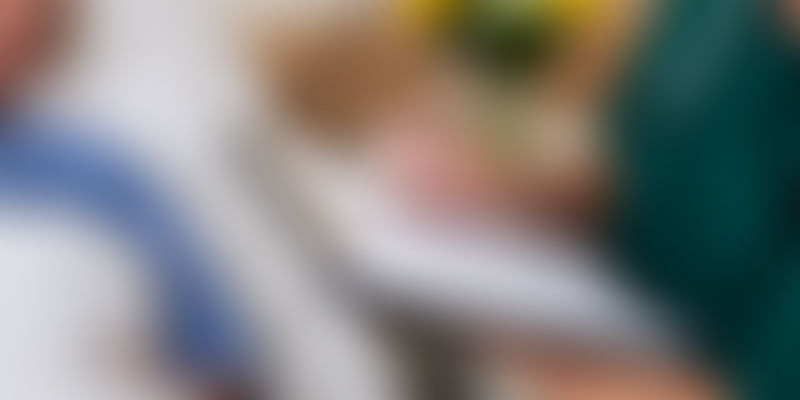 In the fourth episode of first season of Satyamev Jayate, Aamir Khan spoke about the use of generic medicines. Generic medicines cost less and are a good alternative to branded medicines. Most times, doctors prescribe a medicine and people go to the pharmacist to buy that medicine without any research. However, in such cases, people are often at the mercy of the pharmacist who decides which brand to sell you. The cost difference is sometimes as much as 40 percent between different brands.

The main reason for such a price discrepancy is a lack of information. When faced with a medical emergency, one does not have enough time to research the medication. People do not know about alternatives and the lack of knowledge means they end up paying more money. It’s usually when the medication is recursive and has to be taken over longer duration that people have time to do research.

Over the past few years, many portals have come up, offering the customer more options when it comes to buying their medicine brands online from the convenience of their home. Here are some companies operating in this online space:

NetMeds - The parent company of NetMeds, Dadha & Co was started in 1914 and has been in the business for over a 100 years. NetMeds is their online venture and offers both prescription drugs and non-prescription (OTC) products. The company has over 50,00 stock keeping units (SKUs) across India. For prescription-based drugs, one can upload a doctor’s prescription through the mobile app. The company maintains the records on orders placed by patients and provides reminders for refills. It claims that all its prescriptions are vetted by their in-house pharmacist for authenticity. NetMeds recently raised USD 50 million from OrbiMed, a healthcare-focussed investment firm, Boutique investment bank, MAPE Advisory Group, and the Dadha’s family investment fund

1Mg - 1Mg is a Delhi-based pharmacy that recently entered the alternative medicine space with AYUSH (Ayurveda, Yoga & Naturopathy, Unani, Siddha and Homoeopathy) by acquiring Homeojoy.com and rebranding it as 1mgAyush.com to make it available to a larger audience. Launched in 2013 as Healthkartplus, today 1Mg has over two-and-a-half million app downloads and over three million monthly visits. They claim to have grown by 600% over the last one year in terms of number of app downloads and generating user engagement.

mChemist - Started by the ex-president of Ranbaxy, mChemist boasts of strong domain knowledge and years of experience in the pharmaceutical industry. The one-year-old company offers prescription drugs and OTC drugs in addition to dosage reminders,refill reminders and diet counseling.

Medd - Medd is not a conventional pharma company, but helps with providing access to diagnostic labs. When someone visits a doctor, they are prescribed a number of tests. Medd helps you book your tests and also informs you about the costing of different tests. Medd recently raisedUSD 1,50,00 in angel investments.

DeliMedi - Started by Kuldeep Patel, DeliMedi collaborates with local pharmacists and acts as a marketplace and promises to deliver the prescribed medicines in one hour. The company, which was founded earlier this year,is still is in its early stages.

Some observations and challenges

The number of startups in this field is increasing, although most companies are still Delhi-based. The pharma sector is not an easy one to start in and requires deep domain knowledge,and there are more challenges waiting to come to light. Some of the things to keep in mind are:

1) One of the biggest requirement for pharma startups is the need for prescriptions for drugs,and verifying the authenticity of prescriptions remains a challenge. Getting a fake prescription is an extremely easy task and does not require much effort.

2) While going to an offline pharmacy, one does not have much choice and one generally has to accept the drugs offered by the pharmacist.Most pharmacists do not keep generic drugs as they offer very low margins. Most online pharmacies offer generic drugs, which provide the same benefit and are cheaper by almost 40%.

3) A major challenge online pharmas face is logistics. Unlike other items, drugs and medicines need to be delivered within a given time frame as a human life is dependent on it.

4) In most cases, a huge chunk of the target market for online pharmacies comprises people over 40 years of age.With increased smart phone adoption,there is a huge potential for these startups.

5)The number of companies in this space is only increasing and so is funding with growing interest around these startups. However, there are many challenges in this field ranging from government regulations to checking whether the prescriptions are genuine.

Any sector which gears up for disruption has to face resistance. Last month,the All India Organisation of Chemists &Druggists (AIOCD) called for a nationwide strike to oppose the “illegal”online sale of medicines. At present, there are about 8.5 lakh chemists in the country, and it will be wrong to say that a few online pharmacies can replace them or even threaten their existence. However, what happens in the future remains to be seen with more players entering this space.