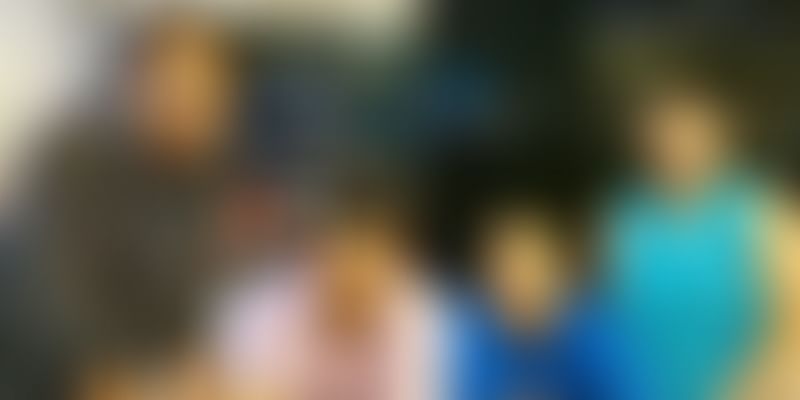 At some point in time we've all faced this scenario. Rushing and scouting several different medical stores across the city, to get the prescribed drugs. This is especially true in case of a sudden bout of fever or viral infection. It was this exact situation Kuldeep Patel found himself in. He was out to get medicines as prescribed by the paediatrician, for a toddler in his family. Even after scouting close to five medical stores in his area, he wasn't able to get all the medicines.

Having worked in the e-commerce sector and as a product manager, Kuldeep found this as a major gap in the space. "The online pharmacies that exist currently have a delivery time of at least one to two working days, which rendered them useless in the scenario he was in," says Saurabh Katiyar, Co-Founder of DeliMedi, a marketplace that connects customers with verified and trusted local pharmacies.

The idea of DeliMedi was conceptualised after Kuldeep shared his experience with Saurabh, a friend from his IIM-A days. The duo brought in their respective experiences of product management and management consultancy onboard, but they needed a technology and operations experts. They decided to contact Vikas Singh and Preeti Sachan, who built the backend order management and CRM systems.

The initial version of the Android app was built and launched on the Play Store. In July 2015, the team tied up with a few medical stores in Indirapuram, Ghaziabad and started advertising through pamphlets in the second week of August.

"To our pleasant surprise, we instantly connected with customers of all age groups, especially the senior citizens, who are a great source of word of mouth advertising. Many of our repeat customers are senior citizens," says Saurabh.

The team says that their mission is to enable customers in getting quick and complete access to prescribed medicines and OTC drugs by connecting them to verified medical stores, offering best discounts and prices through the platform.

Also Read: How tech and smartphones are transforming the infrastructure-intensive healthcare industry

The users can place orders through the DeliMedi Android app, which are then forwarded to the partner medical stores in the vicinity of the customer. The medical stores respond based on availability of items, delivery readiness, and discounts that they can provide. Based on the response, an order is confirmed to a medical store for delivery by the chemist within an hour.

In the past month, the team has closed over 350 orders and has projected a cumulative sales value of more than two lakh rupees. The founding team has been able to build the product, backend systems, and manage operations till now. However, with rapid expansion plans in the near future, the team is looking to hire talent.

"We would be looking at domain expertise, background and knowledge of pharmaceuticals in the operations and business development teams. Also, we would be hiring Android developers in the near future for adding various features to the application that are in the pipeline," adds Saurabh.

Also Read: Despite $3.37B from foreign funds, health sector in India is under invested

According to the team, one of the main attributes for a startup to succeed is its ability to scale up exponentially with a relatively small team. "It needs highly motivated individuals to do that," adds Saurabh. He adds that the team believes that a transparent, non-hierarchical meritocratic environment is required to keep up the motivation levels

DeliMedi is currently bootstrapped and is in talks with angel networks and individual investors for an angel round of investment in the near future as they are looking to scale up quickly.

The team is looking to expand operations in Delhi NCR over the next six months, and also enter metros including Mumbai, Bengaluru, Hyderabad, and Pune over the next two years.

On the technology side, they are planning to launch a supplier side (for medical stores) android application within the next one month. "In future, we may also enter the PoS software services for medical stores, as this will have synergies with our business model," adds Saurabh.

According to IMS, retail pharmacy is expected to cross USD 11.5 billion by the end of 2015, growing at a rate of 20 per cent year-on-year. Expected to touch USD 79 billion in 2012, the healthcare sector is now expected to reach USD 160 billion by 2017, and USD 280 billion by 2020. Today, it is considered one of the largest sectors in India, in terms of both revenue and employment.

AngelList, a social community of startups and investors to make fundraising efficient, shows a list of 7,629 companies globally and 298 Indian companies under the healthcare category. In 2014, close to USD 6.5 billion was invested in the space, accounting to a 125 per cent increase from the total amount invested in 2013.