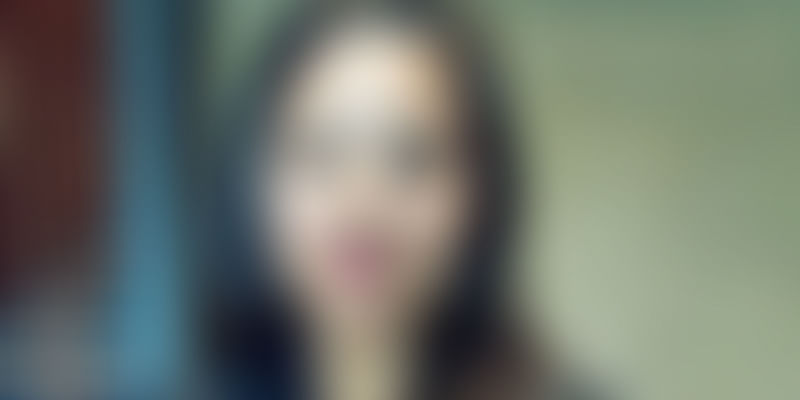 At a time when most women take sabbaticals to enjoy the bliss of motherhood, Shradha Sud found herself at the helm of two startups. One as a young mother to her baby daughter, and the other as an entrepreneur taking her first steps into the business world by creating Mamacouture, a bespoke high-fashion maternity wear label.

But she wouldn’t have had it any other way, at any other time. She did not want other women to experience what she did when she was pregnant, that is, feeling beautiful, but having no way to look beautiful in misshapen clothes. “During my eighth month, I was looking for maternity clothes for my office, but to my utter dismay, I couldn’t find anything that would suit my style, or the lifestyle of the women of today, who all want to look well-groomed and well-turned out.”

So, the former lawyer decided it was time to switch fields and make a much-needed change. “We need to see this change in attitude towards pregnancy. One mustn’t have to hide their pregnancy, or be ashamed of the new shape they are getting into. You mustn’t be badly dressed, but be just as confident, sexy and beautiful.”

She knew of women who have had even quit their jobs mid-pregnancy, as they were getting increasingly conscious and uncomfortable in their own skin. “When I was shopping during my pregnancy, the clothes I found were so ill-fitted, uncomfortable, and very shoddily and thoughtlessly put together. Pregnancy is the most joyous time, where you must be pampered, but I spent so much time ordering appropriate clothes from abroad. And the time, effort and money put into it was just not worth it.”

New beginnings all round

So, Shradha decided to do some market research, and the results were astounding. Out of the 51 births that take place in India every minute, even if 20% are assumed to be women belonging to Tier 1 and Tier 2 cities, the market is as big as Rs. 2,500 crores, most of which was going untapped.

Shradha decided that the time was right to pilot her brand. That she was eight months pregnant was not going to be a deterrent.

“It was tricky, and a big decision for sure. But the idea hit me so hard, I knew it was worth exploring and taking to the world. ”

Even as many questioned her timing, if not her intention, Shradha insisted that her motivation levels were so high, that it would have been a criminal waste to let that energy not translate to positive action.

“No, it can’t wait, I would tell everyone adamantly! It will never be the right moment. I had been toying with entrepreneurship before, but the right frame of mind and right levels of energy clicking is an unusual combination, and when I experienced that, I did not want to miss the bus. Most people end up giving themselves so many excuses, because here’s the reality – there will always be reasons not to do something, but you have to focus on the reasons why you should.”

The challenges one would have imagined a pregnant entrepreneur to undergo, were minimized, as her “enthusiasm lugged her around everywhere,” to survey expecting moms, finding a designer, and preparing a pre-launch line. She didn’t take a single day off.But the real challenge only surfaced when her daughter was born.

“Once she came, it was like having twins. I conceived the idea and the baby together. It was a monstrous case study in time management. No matter what you did, you could not give enough time to either.”

“To do it all alone would require super powers. There is nothing like family in a situation like this, and I must give credit where it is due. Everybody rose to the situation, came forth and pitched in. They took over the house and the baby, and scheduled their things around my time. I would have been driven to insanity, had I not had their help and support.”

She believes, that from a woman’s perspective, we don’t ask for help enough, and take on too much. “We must reach for help. Having a baby in itself is an ordeal, so when you have a flourishing career, you must have no scruples in asking your near and dear ones to step up.”

And business is flourishing. Within three months of its inception, Mamacouture occupies between 30-60% of the maternity collection on all major portals–Amazon, Flipkart, Jabong, Limeroad and First Cry.

“There is interest and excitement around this segment. People are paying attention to it as a full-fledged section of clothing,” says Shradha.

What to expect when you are expecting

In a short span, the company has experienced turnovers over Rs. 1 lakh a month already.

The entrepreneur community has also had a part to play, in ensuring that the debutante has a safe landing.

“This community is very welcoming, even to women. They equip you with all the tools, as they do not undermine your abilities and potential anymore, and see you as equals.”

Even as both her ‘twins’ are healthy, hale and hearty, one cannot help but wonder if the enormity of what she was setting out to achieve, ever caught up with her.