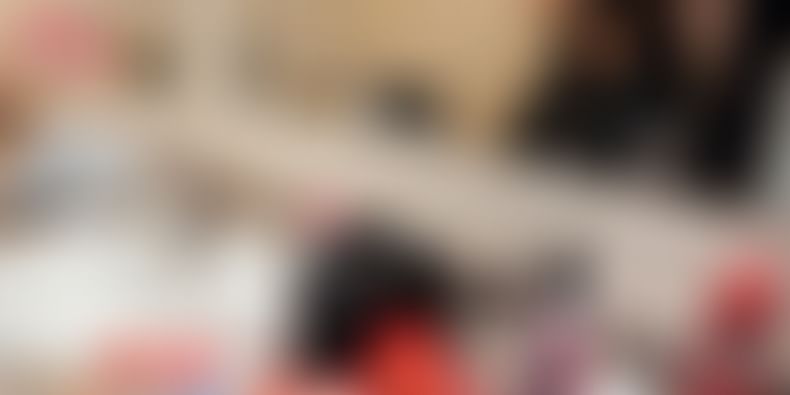 Importantly, the Series A round for StayGlad came within five months of its angel round led by a consortium of angels, including Tracxn Labs and Sahil Barua, Co-founder of Delhivery. The company doesn’t disclose traction but claims to have 70 percent repeat customers every month and 20 percent business growth on a weekly basis.

The startup is founded by three IIT Kharagpur graduates, Kavish Desai, Shashank Gupta, and Prateek Jain, who have previously worked at Flipkart, Adobe, and Amazon respectively.

StayGlad’s highly skilled beauty professionals provide salon experience for the customer at the convenience of their home. The platform claims to have a team of beautician with five to eight years of experience and they undergo rigorous process and skill training.

We are obsessed with providing a great experience to our customers. In a short period of time, we have been able to build a loyal customer base. Word of mouth and endorsement by our existing customers continue to be the biggest channel for consumer acquisition. We are very excited to have Anil on board as he brings invaluable experience of scaling a salon business from scratch.

At present, the online beauty service space is estimated anywhere between $4 billion and $5 billion. This is a big opportunity for startups and with the rise of on-demand phenomenon the segment is slated to grow exponentially.

Scaling a home salon service requires a completely different DNA and the team led by Prateek has shown a lot of promise. The beauty services industry is huge and growing at a rate of 20 percent plus per annum. Most women avail beauty services at least once in three months. The online and convenience of having these services at home will be a big game changer for the industry and customers.

StayGlad competes with Belita, Bulbul, BigStylist, VanityCube, Gurgaon based Makeoverz and Getlook among several others. VanityCube had raised close to $250K from unnamed investors. Belita secured a seed round from India Quotient in 2012 and YouWeCan ventured backed Vyomo had secured $2 million in pre series A funding round from Berlin-based Rocket Internet.

Close to 60 per cent of startups in the on-demand beauty space had raised money at the seed level. So far, StayGlad is the only one to raise Series A in the vertical. Meanwhile, it will be interesting to see whether VCs also show the same amount of love while leading Series A and further rounds in this vertical.