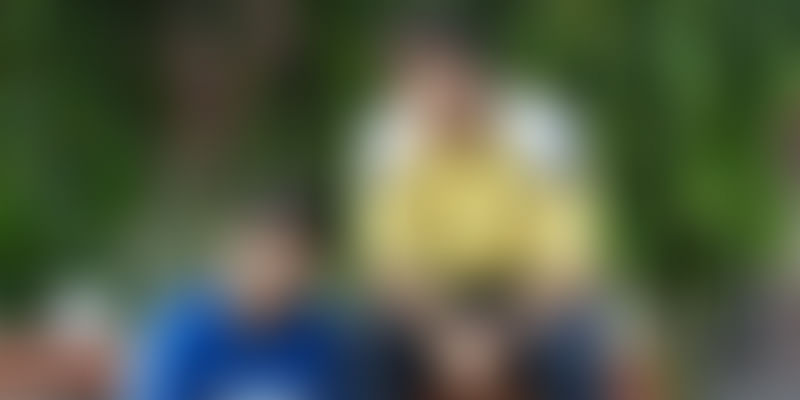 Sarthak Chhabra and Yogesh Arora are serious innovators. Since their college days, they both worked together to build innovative ideas like health product Pedofit, which was among the top 100 business plans around the globe at Stanford University's E-BootCamp. The product offered IT solutions to corporate companies to monitor and analyse the health of employees. But the duo didn't pursue the venture further due to their inclination towards different and more exciting ideas.

After passing out of college in 2014, Sarthak and Yogesh worked in two different MNCs, but didn't stay for long, as they wanted to pursue entrepreneurship again. While they were working on an idea, they were on the lookout for affordable workspaces, but could not find any. They met several people from other startups and small companies going through same workspace problem. The duo, therefore, decided to put their heads together to solve this issue.

In September 2015, they launched Altf Coworking, a platform to help startups and freelancers find affordable shared workspaces. The platform aims to motivate people to share workspace as well as resources and save their time and money.

“You can think of our current venture as Oyo Rooms for workspaces. Right now, we are working towards utilising under-utilised spaces and turning them into co-working spaces. We have already launched two spaces in Gurgaon. Within a month, another space is in the pipeline in Central Delhi,” says 23-year-old Sarthak.

They started out the platform with an investment of Rs 10,000 on marketing and zero investment on real estate. The revenue model is based on monthly, weekly and daily payments. Besides, they also generate revenue with the help of an offline service portal where customers can take the services from their exclusive service team.

In two months, he says they have reached the revenue of Rs 1.5 lakh per month which has been growing at a rate of 30 per cent per month.

Sarthak, however, adds that getting people accustomed to the product is a difficult task. “With our portfolio being developed offline, we would be able to take our clients into confidence and get the first set of customers for online platform from offline channels only.”

With their offline product in market, the founders say they are able to generate a decent revenue and are certain to expand the product with its online platform.

According to NASSCOM, over 3,100 startups are present in India, making it the third largest base for entrepreneurship in the world. With over 800 startups setting up annually, there would be 11,500 startups by 2020, employing over 2,50, 000 people.

Sarthak finds the numbers as potential customers of the co-working space.

In the co-working space segment, 91springboard, Stirring Minds and Investopad, among others, are some of the platforms in this segment. Besides, Breathing Room and MyCuteOffice are different office space aggregators.