Spuul, a Netflix-like platform aims to make Indian content easily accessible for all 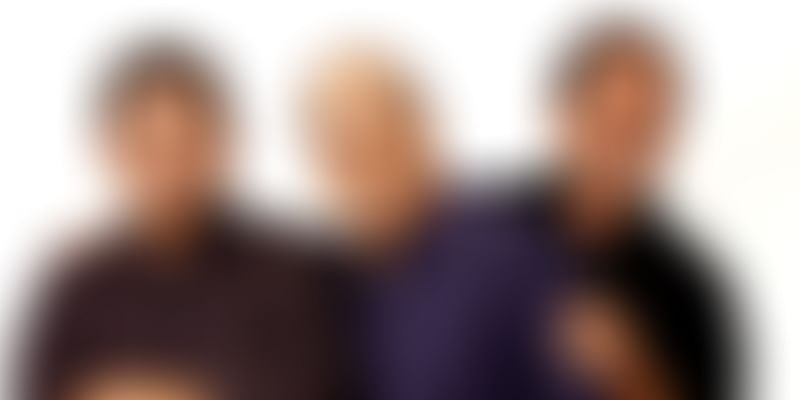 With brands like Netflix providing streaming of popular English shows and movies for hours of binge-watching, video and DVD parlours are already fading from people's memory abroad. In India, too, movies are being aired on television mere few weeks after release, rendering scratched-up CDs and rewind buttons redundant.

The trio also found there was a sort of tyranny of the DTH service providers abroad. In Singapore, apart from packages they come up with for different categories like sports, entertainment, news etc., these operators also charged an extra $40 to 50 to broadcast cricket and IPL matches. Seeing all this, the three friends came up with the idea of Spuul, an online video-streaming platform for Indian content.

Having been part of the core team that started Sony Television in India, Sudesh knew the industry well. Mohan is a serial entrepreneur who had established successful companies in Silicon Valley and Singapore and Subin was a banker. Sudesh roped in friend Rajiv Vaidya, who had just returned from the US, to head the Indian operations and join as CEO.

The beta version of Spuul was launched mid-2014. When it was launched, the focus shifted to India, with over 60 per cent of the consumers being from the country.

While Spuul has tie-ups with the likes of Disney, YashRaj Films and Balaji for content, it is an independent platform and isn’t affiliated to networks or production houses.

“We offer TV and movies, which can be accessed via the website or the app – iOS and Android,” says 52-year-old Rajiv. He adds that the whole experience on the platform is seamless. If a user is watching a movie on the website and decides to stop midway, he can pick it up where he left off, on any device.

“Given the infrastructure and network problems in India, we built an offline signal, which works as a download for 72 hours. With progressive downloads, adaptive byte rates can figure out if you have a bad network. Then the byte rates can be reduced on your phone to ensure continuous streaming,” adds Rajiv.

The user experience is intuitive and seamless on the platform. There is a freemium model. For example, if there is a pool of 1,000 movies, 600 are free for viewing and 300 will be on pay-per-view or subscription-based. If you subscribe for Rs 300 a month, then you see 600 +300 ad-free, and the remaining 100 fall under the pay-per-view model. The free videos come with ads.

The latest movies come in the premium model, which then are made available for free after a window of time.

“We don’t have a big catalogue because with empirical data we have figured out who watches what, where and how often and on what device. This showed that very few people watch old movies. Therefore, close to 90 per cent of the movies on the platform are from 2009-10 onwards,” adds Rajiv

The commercial setup works under minimum guarantee and revenue-sharing expertise. The standard industry norm is minimum guarantee, which secures the minimum the production houses get for a movie. The bigger the movie, the more the share.

Challenges and works in progress

However, the task of setting up Spuul and its network wasn’t easy. Rajiv says that they would earlier get a movie six to eight months after its release. Now they get it in three weeks because the houses have realised that it is a good revenue stream and they can make money off this source as well.

He adds that online payment was another challenge as people took time to accept the mode. There still is some bias where online payments are concerned. The other challenge is piracy. Rajiv adds that people are sceptical to buy something when they believe they can download it for free. But that is slowly changing.

Gaurav Jindal, one of the app users, says that the movies stream easily and movie watching is a great and seamless experience on Spuul.

Spuul claims to have consciously held back from too much advertising. It is cash positive and growing at 20 per cent month-on-month. While he refused to share revenue details, Rajiv says that 90 to 95 per cent of it comes from subscriptions. They have a half million subscriptions, with two million active users and five million downloads.

“We want to get more regional content; right now it's 10 per cent of our overall content. We are now looking at getting content in southern languages and Punjabi,” adds Rajiv. Most number of viewers are from Delhi and Mumbai, and the company wants to expand this base. They are currently bootstrapped.

Video streaming has begun to gain momentum in India for the past couple of months now. Players like Hotstar, Eros Now, HOOQ, Eros Now and Muvizz are already eyeing the market space. There are startups even for regional languages like Herotalkies. These again work on on-demand and subscription-based models.

Spuul is yet to touch TV and English language content, and is also aiming to create its own content. It would be interesting to see how these homespun players fare if Netflix does make a foray into Indian TV as well.