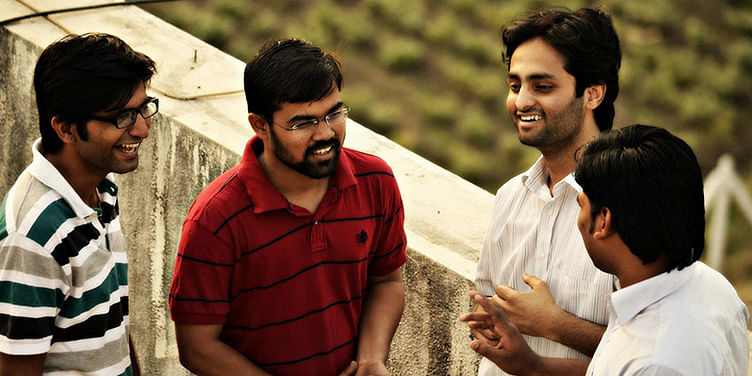 Internet speed is commonly expressed as Mbits/second. It only takes a split second to have information travel thousands of kilometers. But, in some parts of the world it often takes years for technology to reach. However, for people with passion and a genuine desire to learn, nothing can be a barrier. Akshay Deo is one such person.

Akshay, 27, was born and brought up in Solapur in Maharashtra.. He inherited his interest in computers from his father, who started a software firm in 1989. He had worked on punch cards and started coding in BASIC language back then. This experience helped him increase his passion for computers. Akshay says, "When it came to my future, I always knew I wanted to be around computers."

Akshay has been an all-rounder since childhood. While experimenting with computers, his interest in Visual Basic, a programming language, grew and he started experimenting with it. His father had sold the software firm and was working in a construction company.Akshay built a software for the construction company his father worked for, to help them keep records of supplies and inventory.

Sure of his future in the world of computers, Akshay joined the Pune Institute of Computer Technology (PICT) in 2006 to pursue his bachelor’s degree in computer science.

Android had just launched and Akshay and his friends decided to play around with it. In 2009, there were no apps which could help people access a computer from their android phone. Microsoft Remote Desktop was a good resource but was limited to computers. Akshay decided to use the Remote Desktop Protocol and made an app, Omnidesk, to access the PC from the phone over the Internet, without client installation on the PC. They went to different companies for mentoring on how to take the product forward. However, some companies asked them the rights over the IP of the product in return. Akshay refused as it was his first product.

Akshay recounts another incident which made him realise the popularity of his product. Akshay says, "For the logo of Omnidesk, we had picked up an image from Google search. As our product went viral, we were contacted by a company known as Globe Telecom in Philippines. They said that the logo we are using was theirs and belonged to their company. We were very happy that our product was so famous that it reached Philippines. We eventually changed the logo."

This was not all, they had over 50,000 downloads and a company in Finland wanted to buy them for $5,000. Akshay decided not to go ahead with it. They had revenue of Rs 2 lakh at the time. After engineering, Akshay declined an offer from Flipkart, as he didn't want to leave Pune. Instead, Akshay joined the research team at Sungard, a data analytics company based out of US.

However, his heart was in Android. Akshay quit Sungard in December 2011 and joined hands with his friends Ratandeep Deshmane, Amit Yadav, and Aniket Awati and started AppSurfer in 2011. They came up with the idea of an Android emulator and during August 2011 they started working on the project and by December 2011 they had the prototype ready. Akshay wrote simulated drivers to allow sending sensor data from remote devices to cloud.

Akshay and his team showcased the product at many meetups. At one of the meetups, the team was advised to position the product as Citrix for mobile. The company received $200K funding as well. However, the product didn't work out well.

After AppSurfer, the team started BetaCraft, a Pune-based software services firm. Akshay says, "I am against early-stage funding. It takes attention away from building your product. So we started BetaCraft, where we earn money by services and then build our product using that money. If we feel the need for funding in later stages we will go for it."

As part of BetaCraft, Akshay has worked on several products including YAAG, a documentation generation engine for web apps built using GoLang; and Ressy, a product in restaurant and table management space. Akshay is also passionate about GoLang and is looking to spread awareness about GoLang in collages. GoLang was developed by Google in 2007 and is being used by companies such as CloudFlare, Dropbox and Sound Cloud.

Talking about future, Akshay says he is looking to build a true tech product from scratch at BetaCraft. He quips, "I do not want to build an online-offline collaboration tool or a copycat product. I want to build a product like Google Glass or Oculus rift, which has technology at its heart."