Michael Moe believes that where there is opportunity, capital must follow 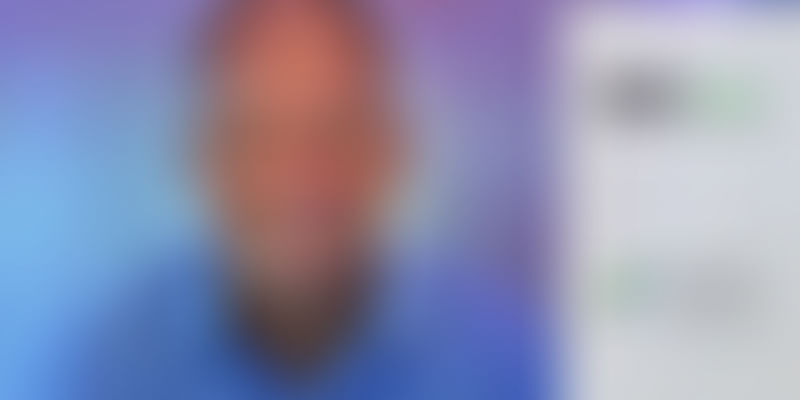 Michael Moe can sense when there is potential brewing. After all, it was he who predicted that people would happily pay a premium for a good cup of coffee after a 1992 meeting with a small Seattle-based coffee chain. Today, Starbucks has a market cap of $87.1 billion. More recently, Moe, who is co-founder and CEO and Chief Investment Officer of GSV Asset Management, predicted the rise of Google and Facebook; GSV purchased 225,000 shares in the latter at a value of $29.28 per share, pushing their valuation to $70 billion in 2011.

Moe is also head of GSVlabs, GSV’s accelerator programme, which is now planning to set up shop in India in partnership with the Times Group and Brand Capital. We caught up with Michael Moe to talk about India’s startup eco-system, a Global Silicon Valley and breaking the four-minute-mile mind block.

Why India? Why now?

Silicon Valley has become synonymous with big ideas, startups and inventing the future. People from around the world are drawn to the sixty-mile strip that separates San Francisco and San Jose because it is where society-transforming businesses such as Apple, Google, Facebook, and Uber were born.

What’s exciting to us is the magic that has made Silicon Valley the epicentre for innovation and entrepreneurism has gone global and it’s gone viral – from Austin to Boston, from Chicago to Sao Paulo, to Mumbai, Shanghai and Dubai.

GSVlabs is focussed on empowering the next generation of game-changing entrepreneurs. In the Times Group and Brand Capital, we have found a partner that shares our passion and vision for a truly Global Silicon Valley, and offers the local expertise and connectivity to make the model a success in India. We couldn’t be more excited about the opportunity.

What sectors is GSVlabs considering in India and why?

We will initially focus on Retail & Consumer Services, EdTech, Healthcare, and FinTech. We identified these themes in partnership with Brand Capital, which has an excellent pulse on both areas where Indian entrepreneurs are passionate, as well as the country’s sectors that are ripe for disruption. Moreover, as we look at the “Megatrends” that are shaping the Global Silicon Valley, we believe these sectors have the greatest tailwinds for growth.

Which success stories from GSVlabs do you believe can be replicated in India.

Our focus will be on attracting talented entrepreneurs with big ideas, and bringing those ideas to life. We’ve accomplished this by combining a rigorous curriculum focussed on accelerating companies with key partnerships, including companies like Intel and AT&T. We’ve also developed a high-value network of advisors, including Guy Kawasaki and Ron Johnson, the former head of retail at Apple and recent founder of Enjoy. The goal is to create the next Facebook, Airbnb or Dropbox.

We’ve seen promising early success stories, including PrivateCore, an innovative cyber-security platform that was acquired by Facebook in 2014, Skully, a “smart” motorcycle helmet, which was the fastest Indiegogo campaign to raise $1 million, and InMusk, a SoundCloud competitor.

Roughly 30 per cent of the $400 million portfolio you manage is invested in EdTech. What is the potential you see for it in India, where the public school system is vastly different from the US, and where higher education has only just begun to be privatised?

In a global marketplace and knowledge based economy, education makes a difference not only in how well an individual does, but how a company does, and for that matter, how well a country does. The opportunity we have recognised in education centres on the fact that in a rapidly changing world, you can no longer fill up your “knowledge tank” until age 25 and cruise through life. Effective workers need to refill their knowledge tanks continuously.

The fact that, effectively, all people are students drives creative monetisation opportunities. The model of segmented, episodic learning will be replaced by seamless, continuous learning driven by a constant need for new knowledge – like breathing.

What are the challenges you see for India’s startups vs. startups in the developed world?

India has all the ingredients to be a major force in the global innovation ecosystem –- from talent to big ideas and ambition. The key to Silicon Valley’s advantage is the cycle of success upon success. Great entrepreneurs are drawn to the region because it’s where venture capitalists are most active and there is an evergreen pool of high-quality talent coming out Stanford and UC Berkeley.

For India, it’s about the Roger Bannister example of breaking the four-minute mile. Nobody thought it could be done until Bannister did it. In the six months following Bannister breaking the barrier, a number of runners achieved what had been heretofore impossible. Similarly, the key for India is to demonstrate the ability to string together successful startups. Capital is pretty efficient –- it goes where the opportunity is.

The startup sector in India is decades younger than Silicon Valley. So, what are we doing that’s different than what Silicon Valley did at this ‘age’?

Digital infrastructure has developed over the past 20 years. Today, entrepreneurs can go from having an idea to creating a “Billion Dollar Baby” like Uber or Airbnb at breathtaking speeds. Ubiquitous computing and connectivity facilitated by over two billion smartphones provide instant global distribution through an “app economy”. The net result is that Indian startups are in a position to create massive, disruptive businesses on a timescale that was unimaginable in the early days of Silicon Valley. It’s one of the key reasons we’ve reached an inflection point for the emergence of truly global innovation economy – a Global Silicon Valley.

There’ are some who believes there is too much money chasing very few good ideas right now. How does GSV plan to evaluate and nurture the startups it plans to work with?

While conventional wisdom is that there is a bubble mentality surrounding the innovation economy, we believe that there is a boom of opportunities that has been created by very real fundamentals that are taking hold in the marketplace.

It is our belief, based on our research and experience, that a disproportionate number of the big winners are found by focussing on themes where significant change and growth are taking place. Megatrends are powerful technological, economic and social forces that provide a tailwind at the back of growth sectors. The convergence of Megatrends and growth sectors is how GSV develops investment themes focussed on identifying the “Stars of Tomorrow” – the fastest growing, most dynamic companies in the world.

We’re looking for large, open-ended growth opportunities as well as individual companies that possess the critical elements necessary to capture meaningful market share in these opportunities.

Our bottom-up investment analysis to assess a company’s potential to realise sustained long-term growth resulting from market Megatrends is centred on the Four Ps — People, Product, Potential, and Predictability.

Once GSV makes an investment, we focus on accelerating the success of our portfolio companies by connecting them with potential partners, customers, investors, and advisors across our global ecosystem. The Times Group and Brand Capital have been great partners in this regard, providing insights and access to the Indian market for our portfolio companies.

YourStory and Brand Capital are hosting Michael Moe tomorrow, 7 January at 4:30pm in Bengaluru for an interactive session with startup CEOs. This is an invite only event, please register here to attend.