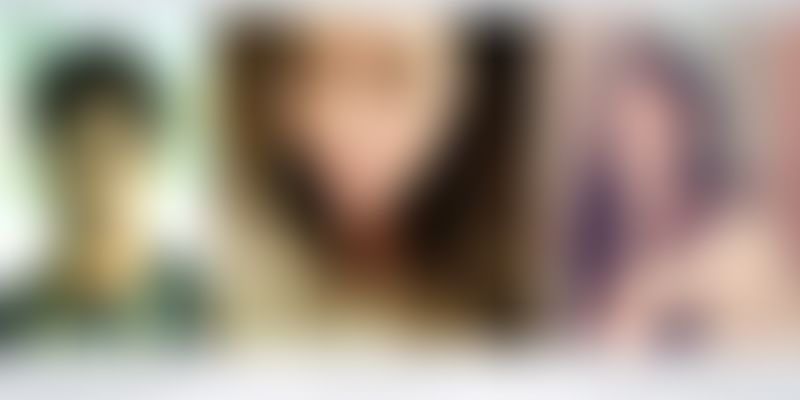 My Child App was one of the winners at YourStory’s MobileSparks 2015. “We had the initial roadmap in place. With this round of funding, we will be building the complete product and ensure that it evolves into the go-to guide for parents,” adds Harsh Songra, Co-Founder, My Child App.

My Child App founded by two 19-year-old college dropouts – Harsh and Aafreen Ansari, and a friend Shreya Shrivastava– helps parents screen mental disorders. By feeding some inputs in the app, parents can figure out if their child has any developmental or learning disorder.

The idea of My Child App had come to Harsh, out of a personal experience. Diagnosed with Dyspraxia, Harsh realised the importance of discovery and treatment of learning and developmental disorder in their early stages.

Speaking on investing in My Child App, Amit says, "My Child App is leveraging the power of smartphone to solve real-world health problem. It’s amazing to see what Harsh has done at such a young age. I am sure his innovation will inspire many other entrepreneurs in finding many such use cases in improving the quality and predictability human life."

The app helps parents screen disorders like delayed motor coordination and neurological disorders. All of these are key disorders that can be detected in children aged 11–24 months.

The app takes inputs from the parent, like height and weight, and asks some ‘yes or no’ questions. After that, it displays the result informing about the areas of concern in a child and thereby suggesting the action to be taken.

Pankaj Jain, Partner, 500 startups says that getting information about developmental disorders and details on whom to speak with on a simple mobile app just by answering few simple questions is transformative.

He adds, "It in fact is very powerful in regions where mental health professionals aren't readily available or where parents don't have access to the right medical professionals. We look forward to working with Harsh and the team on improving lives for parents and children across the globe."

Harsh adds that they also intend to develop a community in the near future to help parents communicate with other parents and doctors via the app. In the next 10 years, Harsh wants the app to touch 50 million parents. He is also working to make the app a guide for efficient parenting, and be able to detect autism.

Samir adds, “I have watched Harsh build his company for over a year before deciding to back him. He's a rare breed of entrepreneur who's taken a personal weakness and made it into a business that can help millions of people afflicted with similar problems. That he's still a teenager speaks volumes of his determination to make an impact in this world.”

In India, 13–14 per cent of all school children suffer from one or the other kind of learning disability. Globally, research and development on learning disorders began during the 1950s and 1960s. Psychologists and psychiatrists began studying children who displayed normal intellectual skills, but displayed different kinds of cognitive limitations.

The current global epidemiological data reports that at least 20 per cent of children and adolescents suffer from a mental disorder. While both the global and Indian statistics are alarming, there is little empathy and understanding on the subject.