Diagnosed with Dyspraxia in childhood, this young coder builds My Child app to help parents 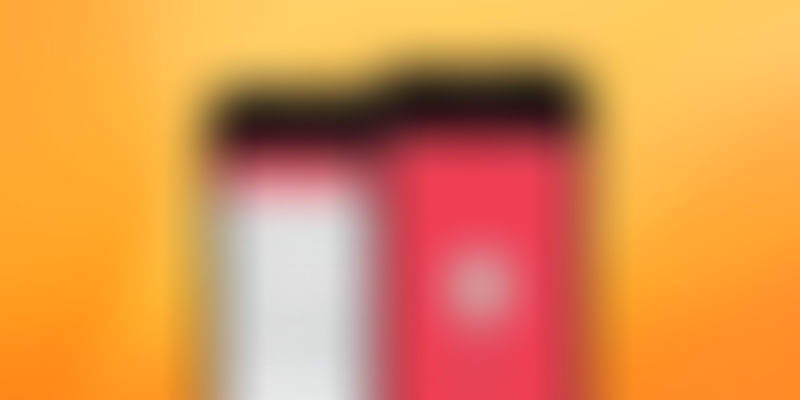 Over the past few months, there has been a growing buzz on creating awareness on mental disorders and illnesses. However, we still have a long way to go not only in creating awareness, but also in removing the stigma associated with it; especially learning and developmental disorders. In India, 13 to 14 per cent of all school children suffer from one or the other kind of learning disability.

Since there is a limited understanding and awareness of early learning disorders, Harsh Songra decided to build an app –My Child, that will help parents screen mental disorders. By feeding a few inputs parents can now figure out if their child has any developmental or learning disorder.

The current global epidemiological data reports that at least 20 per cent of children and adolescents suffer from a mental disorder. While both the global and Indian statistics are alarming, there is little empathy and understanding on the subject. As Harsh himself was suffering from Delayed Motor Coordination, he understood the need for early detection. His personal experiences further motivated him in ensuring that other families do not suffer the same way his did.

Though intelligent and bright, Harsh had failed in one subject in the sixth grade. During his parent-teacher meeting, instead of supporting him, his teacher told his parents that they should be sending him to a school for disabled children. His parents were hurt and distraught.

In India, you aren't taken through regular tests. There is also a strong stigma associated with any kind of mental illness, making it impossible for many to discuss the issue openly, says Harsh.

This incident stuck in Harsh’s mind, and he decided to build something in the future that would make other parents capable of screening disorders. When he turned 16, Harsh learnt Android programming, as he felt that technology was the perfect solution. After trial and error, Harsh came up with the ‘My Child’ app. “The app was able to screen those developmental disorders in 45 seconds which took my parents more than nine years to figure out,” adds Harsh.

Harsh is an 18 year old college student from at Bhopal School of Social Sciences. Apart from My Child app, he has also developed other apps like Studiebay.

When Harsh began researching on the topic, he found that every sixth child suffers from a developmental disorder. He claims that according to reports given by MIT, by 2025, every second child will suffer from autism.

Harsh says: “There is limited understanding of the subject in India, and parents are generally unaware. And if an app like this could make parents capable of screening disorders, then, I guess, there could be a huge impact, and also make the world a better place.”

The app helps parents screen disorders like delayed motor coordination and neurological disorders. All of these are key disorders that can be detected in children during the age from 11 to 24 months.

The app acts as a great referral point on the disorders, as inputs are based on the theoretical research done through books. As a disclaimer, Harsh says:

We do not claim that the child suffers from the disorder as there could be a lot of variations in the attainment of milestones, but still - what’s suggested by the app may need prompt advice/checkup by the specialist.

The app takes inputs from the parent, like height and weight, and asks some ‘yes or no’ questions. After that, it displays the result informing about the areas of concern in a child, and suggesting the action to be taken.

The app was launched on the Play store on January 26, 2015. As of this month, the app has got over 1000 downloads. It was also selected in the Fb Start bootstrap program, and received $25,000 online credits.

“We have a roadmap ready. In the future, the app will evolve as a perfect guide for parents telling them what are the dos and don’ts of bringing up a healthy child. We will also develop a community in the future helping parents to communicate with other parents/doctors through the app, and discussing their problems. We feel that we could actually bring a change in the world and make it better.”

The journey to create this app was a tough one for Harsh as he had to relive some tough moments with his parents. However, this got him further motivated to create something that helped people.

Harsh says that the making of the algorithm was a tough job. Initially, he found it difficult to get the help of a developmental paediatrician for the research, but later found Dr Zafar Meenai, who has been a developmental paediatrician for 15 years. He received a lot of help from the doctor. Harsh adds, “Managing college and work at the same time is also a huge problem, but the college also came out to be supportive.”

In the next 10 years, Harsh wants the app to touch 50 million parents. He is also working to make the app a guide for efficient parenting, and be able to detect autism.