Cognitive at heart, Sindhu Joseph codes in Python and believes that resolution not response is key to solving problems 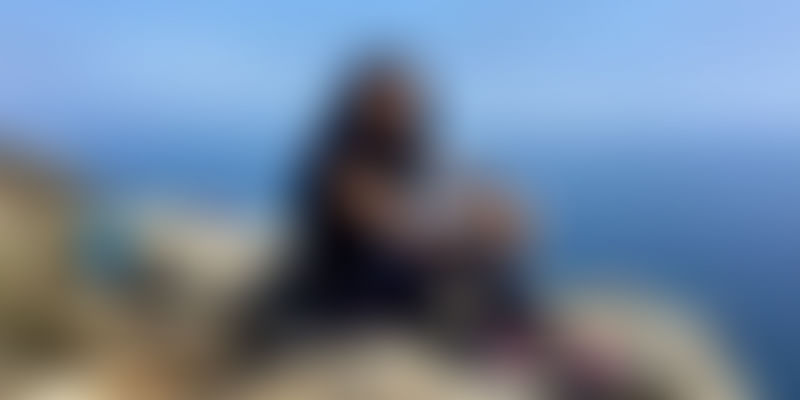 Sindhu Joseph has always believed that one should do what makes one wake up each day with passion and happiness. This belief has helped the 39-year-old Co-Founder and CEO of CongniCor Technologies look towards new, exciting things and experiences.

CogniCor provides cognitive digital assistance for enterprises, for product queries, recommendations and process hand-holding. With its offices in Spain, India and USA, Sindhu says that the company was born out of her PhD. thesis on Artificial Intelligence (AI), where her focus was on the topic: how cognitive systems interact and resolve issues on their own.

HerStory spoke with Sindhu to know more about her entrepreneurial journey, CongniCor and AI, and the future of this technology.

Started in 2012 in Barcelona, CogniCor, means ‘cognitive at heart’, in Catalan. Whether it is negotiating a new bank loan, renewing your auto insurance or simply buying a travel ticket, the ability to have expert assistance is great help. This is what CogniCor does, by enabling companies to respond to their customers’ questions instantly. A personalised cognitive customer assistant that can understand their needs and responds with information relevant to the customer would translate into huge savings in operation expenses and efficiency for the business.

According to Sindhu, there are 270 billion customer calls made each year and 60 per cent (162 billion) of them go unresolved.

“Every successful business is customer-focussed these days and looking for solutions that help bring down the number of unresolved calls from 162 billion,” she says.

The need of the hour, according to her, is resolution and not response. “With the commoditisation of products, a strategic differentiator is how a business can serve its customers. I have been through enough personal experiences of customer service at its worst, but analysing the problem from a business side, it was enlightening to understand that it is not the lack of will, but the supporting technology and infrastructure that is in the way of great customer service. Once it was understood, there was no looking back,” she says.

The primary audience for the technology is the consumer-facing medium and large businesses. However, users of the solutions are common people or consumers, like us.

Sindhu co-founded the company with her husband, whom she met while working at Honeywell in Bengaluru. Her husband moved to Barcelona to work and Sindhu decided to use this opportunity to study further and do her Ph.D from Universitat Autònoma de Barcelona.

Sindhu hails from Wayanad, a small district of Kerala. She went to a Malyalam-medium school till Class X. “Luckily, my parents were broad-minded and brought me up with the vision that life was about bigger things – seeking and exploring the world,” she shares.

Given that Waynad did not offer many opportunities by way of higher education, her parents sent her to Andhra Pradesh for her Class XI and XII. But moving out of the house was one of the best things that happened to her. She learnt English and from there she moved across different States to pursue her high studies. Sindhu completed her graduation at Stella Maris College, Chennai, in Mathematics in 1996, and her post graduation at the Cochin University of Science and Technology.

She then moved to Bengaluru and started working for Honeywell from 2000 onwards, becoming the first employee for their newly set up research centre.

Sindhu has always enjoyed maths, reasoning and research. Her father who taught her in primary school is partly responsible for igniting the love for maths and the desire to seek out new things by sharing a problem without letting in on clues and then encouraging the students to look for answers. “This was inspiring and challenging,” she says.

What drove Sindhu to research, especially AI, was the philosophical quandary of “who we are and where we have come from” and “astronomy and how we exist.”

“So if you can create AI, it would help you understand real intelligence and its workings,” says Sindhu. It was one of the elements she explored through her research paper for Ph.D.

After her Ph.D, Sindhu wanted to apply all the knowledge she had gained over the years by starting up.This time round she decided to take up something challenging and “what better challenge that startingup,” she says with a smile.

Sindhu and her husband started CogniCor in Barcelona. They received seed funding of $1 million in 2013 from corporate VCs and angels. Prior to this, they received a grant of €75,000 from Ventura.

With the funding, the duo was able to get some top European telecoms as clients. Soon after, they started operations in Kerala. The India office took off and they began to cater to clients here.

The company has won several prestigious awards, including ‘The most innovative web startup in Europe’ award from the European Commission.

In October last year, Sindhu moved to the US to expand the business and raise the next round of investment. Currently, there are 20 employees across the three offices.

“The intelligent virtual agent market is poised to grow to $5 billion by 2022, with an impressive CAGR 38.2 per cent. Influential companies like IBM are leading the AI campaign with their Watson engine, creating market awareness like never before. Riding this wave is great for startups like CogniCor, which not only has one of the most technologically superior solutions in the market, but also the agility of a startup to drive ROI early on,” says Sindhu.

Sindhu says the fear that AI—which is in its primitive stage—will destroy humanity is too baseless now and it is important to look at the difference it brings about it daily life.

“It is empowering millions of people to do their jobs better, faster and more efficiently. AI’s biggest contribution is humanising machines and making the interaction natural, seamless and intelligent,” she adds.

She sees technology as an instrument in solving problems. Her mind is more analytical and algorithmic, she says,” in the sense of if I figure out how to solve a problem, the challenge and thrill loses a bit of its charm. So in the company as well, while I focus more on the AI solutions, my unbeatable code guru, husband and co-founder worries more about how to engineer a product out of it.”

Her favorite coding language is Python.” I love its simplicity and the huge number of libraries available especially for accomplishing AI and NLP (Natural Language Processing) programming. It is particularly useful for its ease with which we can package a solution, she says.

Speaking of women in tech, she points out that while they still fight to get to the top and stay there, more corporates are acknowledging their ‘no-longer ignorable’ presence.

“In my opinion, we do not need to push more women into tech, because tech is not the only way to live, but for those who are passionate and inclined to tech, be it men or women, one should not create barriers for them or deny them the opportunity,” Sindhu says.

She is often ignored and clients do tend to discriminate. “But I am a fighter, and take it as yet another challenge and let my actions speak for it. I even think sometimes, it is a bit boring for men who get those privileged treatment everywhere, they are missing all the fun,” she says.