Is the Startup India Action Plan really that startup-friendly? 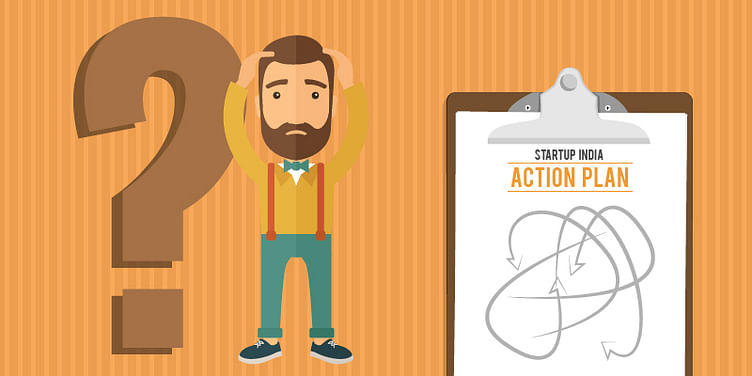 I had the privilege of attending the Startup India event at Vigyan Bhawan on January 16, 2016. The event was landmark because, for starters, it was the first of its kind that encouraged and allowed dialogue between India’s startup community and the policy makers (aka the government). I don’t recall hearing of such an event even in the most sophisticated startup ecosystems like the US or Israel. There is no doubt that the Modi government should be applauded for this wonderful initiative. We are building another ecosystem along with conventional businesses and like Masayoshi Son, Chairman and CEO of Softbank said, this is the beginning of a Big Bang for India!

The event saw participation from various ecosystem partners with some interesting and meaningful discussions leading upto Prime Minister Narendra Modi's address to the gathering. Imagine attending a Coldplay concert where, before its conclusion, free tickets for their next global tour would randomly be given to people from the crowd. That is how Vigyan Bhawan was when our Prime Minister arrived. After his encouraging speech (where he also joked about how as a chaiwala he should have gotten into the hospitality space like Ritesh, the founder of OYO), he released Startup India: Action Plan. His announcements were historic and extremely positive for the different players. A copy of the action plan was made available to us. Just before going to bed on a Sunday evening, I decided to open the action plan and understand the details of each scheme.

Let us look at some important steps:

The action plan defines startups as:

“Startup means an entity, incorporated or registered in India not prior to five years, with annual turnover not exceeding INR 25 crore in any preceding financial year, working towards innovation, development, deployment or commercialisation of new products, processes or services driven by technology or intellectual property.

Provided that such entity is not formed by splitting up, or reconstruction, or a business already in existence.

Provided also that an entity shall cease to be a Startup if its turnover for the previous financial years has exceeded INR 25 crore or it has completed 5 years from the date of incorporation/registration.

Provided further that a Startup shall be eligible for tax benefits only after it has obtained certification from the Inter-Ministerial Board, setup for such purposes.”

Pay attention to the phrases that are underlined. If a startup has a revenue of Rs 25 crore in any preceding financial years, it should not be allowed to claim benefits under the action plan. This seems fair. However, to claim benefits, such startup should be working towards (i) innovation, (ii) development, (iii) deployment or (iv) commercialisation of new products, processes or services driven by technology or intellectual property.

Let us imagine a startup that is incorporated in 2016 and will be leasing furniture to customers on a minimum of a one-year lease. It is looking to solve a fundamental problem faced by young people who shift cities for a job and do not want to spend a lot of money upfront to purchase a new bed, dining table, couches, fridge, television, washing machine and air conditioners, and then worry about moving it when they have to shift cities again. This business, in my view, is innovative because it addresses a very practical problem. However, it is not really driven by technology or intellectual property, because all the furniture, though designed in-house, use very standard models which can be replicated easily. Would such a business not be entitled to benefits under the government’s action plan? Who will decide whether a startup is actually working towards innovation or development and whether it is heavily or marginally relying upon technology and IP?

It is important that when a formal notification or statute is passed, these questions are addressed else entrepreneurs would again be in a fix on whether they fall within the definition of startups or not. No doubt that the action plan is a positive step and we definitely do not want it to be counter-productive. Like the example above, there are multiple businesses that are marginally reliant on technology and/or IP but if they actually solve or aim to solve a problem, they should fall within the definition of a startup.

Additionally, I am also curious to see how the Inter-Ministerial Board is set up to give the necessary certification for tax benefits. The process of seeking these certifications should be made completely online and be time-bound. The need for physical interaction should only trigger if the Board rejects any application and the parties wish to make a detailed oral submission for the Board to reconsider its decision.

Dear early-stage startups, we all know how you treat regulations where there is no immediate threat of prosecution. Three years is a long window. However, please remember that once this three-year window is over, you could still be prosecuted for non-compliance for the first three years of operations. Therefore, ensure compliance and only once all the necessary filings, registrations and returns are in place, self-certify your compliance to the authorities.

To conclude, the action plan is largely optimistic since it shows a very positive intent by the government. However, going forward, it is critical that the government sets up a team of founders, investors, angels, lawyers and accountants who can ensure that the final policies surrounding startups are as flawless as possible and maintain the right balance between accountability, transparency and doing business. Kudos to the Modi government, but we expect a lot more in the coming months!