This Republic Day, meet 3 women who personify the word 'courage' 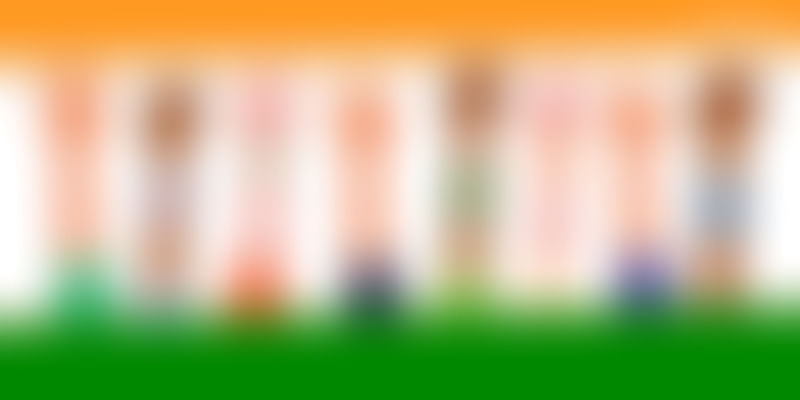 It is said that courage is not the absence of fear, but rather the capacity to face one’s deepest fears. Courage is dealing with a difficult situation in the best possible manner. Courage is putting somebody else’s well-being before your own. Courage is just picking yourself up after a fall and walking back into the battlefield that life can be. On the 67th Republic Day of India, we salute the spirit of three women who personify the word ‘courage’.

Neerja Bhanot was a senior flight purser with Pan Am. She had promised her parents that she would be back home in Mumbai for her 23rd birthday on September 7, 1986. On September 5th her Pan Am Flight had a stopover at Karachi enroute to New York. The flight was hijacked while it was on the runway at Jinnah International Airport by four armed terrorists. Neerja alerted the cockpit crew, who escaped through an overhead hatch as per hijack protocol, so that they could not be forced into flying the plane out. As the senior-most crew member left, this left Neerja in charge. The terrorists asked the flight crew to collect and hand over the passports of all passengers on board. When Neerja realised that they were targetting American passengers, she hid all the American passports.

The passengers and crew members were held hostage for 17 hours on the runway after which they started killing people. Neerja opened the emergency hatch and stayed on the plane to help passengers escape, even though she could have escaped first. She was shot while shielding three children from the gunfire. Twenty people were killed out of nearly 400 on board. But the body count could have been far higher if not for Neerja’s bravery and presence of mind.

Her parents decided to honour Neerja’s memory through the Neerja Bhanot Pan Am Trust, by presenting two awards of Rs 1.5 lakhs every year – one to an Indian woman who has faced social injustice but overcame it and helped other women in similar situations, and one to honour an airline crew member who acts beyond the call of duty. Neerja was posthumously awarded the Ashok Chakra for her act of selfless valour.

Laxmi is an acid attack survivor and has been campaigning against sale of acid in the open market, the ease of access to which has led to huge number of attacks on women in India. A 32-year-old man whose advances she had rejected threw acid on her in 2005, when she was a teenager. Despite health issues and undergoing several surgeries for skin graft, she succeeded in galvanising the masses and collected thousands of signatures for a petition to curb acid sales, which was filed at the Supreme Court. Her petition led the Supreme Court to order the central and state governments to regulate the sale of acid, and the Parliament to make prosecution of acid attack cases easier. Translating the law on to the ground level is, of course, not going to be easy, but Laxmi was able to set the foundation for a safer future for women through her courageous actions.

Laxmi heads Chhanv Foundation, a NGO which rehabilitates survivors of acid attacks. She received International Women of Courage award in 2014 from Michelle Obama. She was also chosen as the NDTV Indian of the Year.

Twenty-six-year-old Laxmi (who has stopped using her surname Agarwal) and her partner, who is also a social activist, are parents of a baby girl. For an acid attack survivor, stepping out of their homes everyday is in itself an act of bravery. Facing the stares of people with a pleasant smile, Laxmi refuses to be a victim, and has found the courage within her to reclaim her life and make a difference to others too.

Bhanwari Devi was employed as a grassroots level worker in Bhateri as part of the Women’s Development Project (WDP) run by the Government of Rajasthan. As part of her job, she took up issues related to water scarcity, literacy, and health among others with the co-operation of other villagers. However, in 1992 she faced fierce resistance from the villagers, when she took up the issue of child marriage, which was still widely practiced in Rajasthan despite being illegal. When she tried to stop a child marriage from taking place, she was brutally gang raped. Though traumatised, she bravely filed an FIR against the accused that went on to be a lengthy court case. She had to face an insensitive system from doctors, to police officers, to the judiciary. It was the first time that a woman spoke about sexual assault openly in the conservative region. She had to face social boycott and ongoing harassment, but her case led to stirring up of a women’s movement in Rajasthan. She is said to be the inspiration for many later victims of rape who pursued justice.

In 1994, she was awarded the Neerja Bhanot Memorial Award. Though she never got justice through the judicial system and the accused were acquitted, her case opened up a Pandora’s box of taboo topics into the public realm. Several women’s groups and NGOs filed a petition in the Supreme Court under the collective platform of Vishakha. The movement eventually led to the definition of the Sexual Harassment of Women at Workplace (Prevention, Prohibition and Redressal) Act, 2013, usually known as the Vishakha guidelines.

They might be from different backgrounds and faced different kinds of horrors, but courage is what unites these women. These lines from the Robert Frost poem perfectly encapsulate these women who could have given up and fallen by the wayside, but persevered against all odds.

The woods are lovely, dark and deep,

But I have promises to keep,

And miles to go before I sleep,

And miles to go before I sleep.