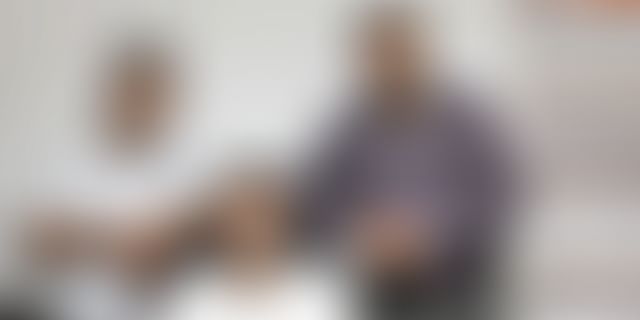 If you are a brand manager working with a media buying agency to allocate your budget across the different mediums today, your only reliable information for decision making is what has worked in the past for your brand. Further, after the completion of the campaign, your PR agency will track the number of mentions, articles and video clips and send you a report that is essentially a data dump with little insight into what went right and more importantly, what could have been done better.

'The more number of articles and mentions, the better is your agency,' seems to be the common wisdom prevailing in the industry.

The nail in the coffin is the fact that your earned media is not differentiated from the paid media, thus effectively giving you no means to quantify the benefits of your media mix and any re-balancing needed, if any. In addition to all of these problems, there is no scientific way to measure how your media spends are actually furthering the organisation’s overall business goals.

KAnalytics, an integrated media analytics platform, aims to solve this problem by giving real-time and actionable insights, based on the media data. Ashutosh, a 48-year-old media veteran who has launched and led television channels across all three leading business houses – Zee, Sahara and Reliance – is the Founder and CEO of KAnalytics.

The germination of an idea

The idea for this product was sown in Ashutosh’s mind by a chance encounter with an insurance industry veteran in 2012. This gentleman, who happened to be a friend of Narendra Modi, the then Chief Minister of Gujarat, asked why the same type of statement made by Mr Modi or by the Gandhi family was interpreted differently by media houses. So Ashutosh did some digging and found that the basic analysis and compilation itself would take about a week's worth of painstaking work, making him realise the power of media analysis and its innumerable use cases.

“Presence in media has no meaning if it doesn’t reach the right audience and if it doesn’t eventually add to the business goals. While PR is a valuable marketing tool, it is hard to measure its success unlike other marketing initiatives in an organization. I saw a huge gap of a scientific way of analysing presence in media, exploiting the full potential and going beyond simple coverage. The earned media part is about three times more than paid media across mediums in volumes and manifold in terms of credibility delivered, yet there is no effective measure on the impact of media,” says Ashutosh.

“Essentially, there are two base products – the KAnalytics software platform for deep analytics and the Brand Medium Impressions (BMI), which focusses on measure of media impact. All other products and features are essentially derivatives of these two platforms,” explains Ashutosh. KAnalytics concentrates on earned media and allows the marketer to audit and strategise media presence across all mass media vehicles. BMI then helps clients understand their own and their competition’s media presence, broad happenings in the industry, and helps in building an impactful media presence.

Integration across all mediums – television, print, electronic publications and social media, a quality checking function at every level, and a pre-defined set of features that analysts can use, make up the platform. Analysts can also integrate customised industry-specific and medium-specific algorithms and rules to perform in-depth analysis. In addition, there are many daily tracking and analytics reports, over 300 customisable graphs that can be exported, and other presentations, all of which can be delivered on desktop as well as a mobile interface.

Ashutosh goes on to explain, “As a hypothetical example, if Jet Airways is a client using KAnalytics, it will of course provide all information about Jet Airways across mediums, followed by other industry players such as Indigo, Spicejet etc. In addition, it will track all content based on airlines business, the Civil Aviation Ministry and finally the broader social media chatter about the industry.” The typical buyer of the platform according to him is Corporate Communications & Marketing and in some cases, the Corporate Planning function.

Typical contracts of KAnalytics are a year long, with monthly billing. In addition, specific targeted short-term campaign analysis can also be done based on the client's need. The firm also takes a hybrid software-led and manual analysis to deliver higher accuracy levels to the clients. Since launching in March 2015, the team has signed up close to 10 clients including Viacom 18, Monsanto, Lafarge, Lenovo, Edelweiss and Hamleys across industries. In terms of government bodies, it has managed to sign on Navi Mumbai Smart City project. Lastly, the company is exploring the option of white-labeling its product to go international, with the proof of concept coming up in Australia shortly with a large agency.

The revenue range per month per brand varies from Rs 60,000 to Rs 3,50,000 depending on the modules, services and the industry segment.

In addition to Ashutosh, the core team consists of Shringesh Vyas, who is the GM of Product and comes with rich experience in media analytics and PR, and Manish Sharma who leads software development for the platform. Sunil Krishnamurthy, former Head of IT at Zee Network and Pakul Chaturvedi, who is a celebrity manager, provide support.

“Kailash Kher, the well-known singer and musician is also an investor. He has not once asked how the investment has been spent given his trust in us. I admire him as an amazing artist and a dear friend,” adds Ashutosh.

The firm is targeting a revenue of $2.5 million in financial year 2017, as per Ashutosh. Social media listening module has just been launched last month while the predictive analytics platform is under development and scheduled for a launch in mid-2016.

The founder and early investors have put in $1 million in building out the platform and demonstrating early traction. “There is no platform that integrates offline as well as online media seamlessly to give a comprehensive view of brand presence,” explains Ashutosh. The firm plans to raise about $4 million funding for the next part of the firm’s growth over two years.

As per NASSCOM estimates, the Indian analytics industry is projected to be about $2.3 billion by 2017-18. The Holmes Report 2015 estimates that the PR industry worldwide has crossed $15 billion, of which insight, planning, media measurement and analytics is expected to grow at about 31 percent in the coming decade. Further, it is estimated that social media listening employs about 5,000 people for Indian corporates alone, making it a product with large potential.

There are many products in the market that are solving different parts of the puzzle that is brand presence analytics linked to business goals. Globally, Meltwater is a reputed social listening tool, while the Dow Jones-owned Factiva is a reputed news analysis and insight generation platform with a large international presence. However, they focus more on digital media and not the rest of the sources. Further, the BMI index seems to be a feature that is not present in other such analytics systems, creating a unique niche.

The product is currently generic enough to be sold to marketers across vastly diverse industries – agro tech, retail, financial services, infrastructure and technology. The question that the company will have to answer in the near future is whether to remain generic and be relevant to a wide set of industries or to focus on a few sectors and create in-depth algorithms that have specific applicability. Both routes have their pros and cons, but there has to be a conscious choice – the product cannot grow by being everything to everybody.