Of unicorns, billion-dollar valuations, successful exits and inspirations – Bangalore Boys talk about it all at the Kstart launch 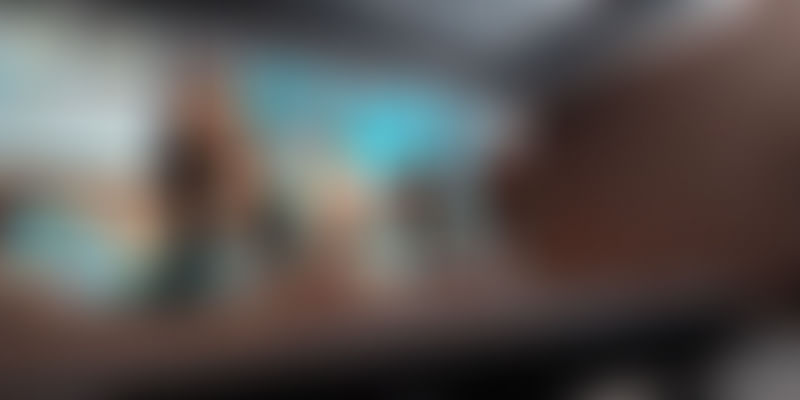 The launch event of Kalaari Capital’s Kstart seed programme saw the ‘Bangalore Boys’ – Naveen Tewari of InMobi, Bhavish Aggarwal of Ola and Mukesh Bansal, Founder of Myntra (also head of e-commerce operations at Flipkart) and Kunal Shah of FreeCharge – take the stage in a panel discussion that focused on their mistakes and struggles along the journey that has made their companies the powerhouses that they are today. moderated by David Rowan, Editor of Wired UK magazine.

“It’s never easy to start up, more so if you’re a Philosophy graduate.” – Kunal Shah, FreeCharge

“There were times when people came in for a job interview and when the saw that the house was the office, they would walk away,” – Mukesh Bansal, Myntra

“The biggest mistake is to look at profit, product and people. I learnt it the hard way that it is always People first.” – Naveen Tewari, InMobi

“My angel round was the toughest round of investment I’ve had to raise; for a year my father kept asking me when was I going to do my MBA.” – Bhavish Aggarwal, Ola

The curious case of the team hunt

Earlier, at the inauguration of Kstart, Vani Kola, Managing Partner, Kalaari Capital, had said that vision without execution was just hallucination. One of the biggest requirements for executing an idea is a strong team. No product or service can be built by just the will and effort of the founder and co-founders. There needs to be a solid team that believes in the founders’ idea. Here’s what the Bangalore Boys had to say about their experiences in building their teams.

“When I came back from the Bay Area, and I had the idea of Myntra in mind, I found it really hard to sign on people. Nobody was willing to give up their cushy job and work with a startup. It was very challenging to find people with the entrepreneurial drive and spirit. But those were the kind of people I needed,” said Mukesh.

Kunal shared how it was even tougher for him because he didn’t even have the technical credentials people needed to be able to trust his idea – which was tech-based – and rely on his vision.

For Ola it was slightly different. The team had moved out of Mumbai after their Series A, Bhavish says,

If we hadn’t moved out of Mumbai, we wouldn’t have built or grown in the scale we have.

Dispelling the myth that biggies like Flipkart and Snapdeal have already attracted and absorbed all available talent, Bhavish underlined that talent breeds talent. He said that after moving to Bengaluru, they found it easier to build a strong and stable tech team and expand their operations:

It’s because you can easily find the right kind of talent in Bengaluru.

This question has haunted several entrepreneurs. Whether it is an addition of 10 or 100 people, the dynamics always shifts the precarious balance that needs to be maintained. “InMobi has always maintained a strong focus and presence on the culture of the organisation,” said Naveen said, adding, “It’s because we learnt the hard way that companies need to focus on culture. Only when you face dramatic situations do you realise that change is needed.” From hiring more people to putting different policies, rules and modules in place, InMobi has done it all. “It took us a good one year to look back at what we had done and clean up the mistakes. We understood that if the people knew what they were doing, then they would stay on with the organisation,” he explained.

Naveen believes that as entrepreneurs, you can be controlling, and one of the most difficult things to do was to relinquish that control:

Once you are able to do that, you can find the right balance between culture and scale.

To compete or not to compete

“When Uber launched in India, I was scared. They are a global giant. But we stuck on and survived because of the brand value we have created with the drivers and the customers. We are solving an Indian problem and we have covered a spectrum of that: autorickshaws, taxis and now even buses,” said Bhavish when asked about Ola’s competition with Uber.

Many believe competition helps maintain a certain drive and spirit. Kunal believes otherwise. According to him, the Indian market is now so huge that everybody has a role to play here. Competition, he said, sometimes just erodes value.

But what about cases where you have to expand globally? For InMobi, the expansion for global markets was about finding a market that had a requirement for adtech. But after that, as they say, there has been no looking back.

“We as entrepreneurs are optimistic and pessimistic at the same time. When we are talking to our teams we have to put on a face of strong belief and optimism, but when we are alone, we are bogged down by the fear of what next? There is always a sense of uncertainty,” shared Kunal.