India has the most important and accessible startup ecosystem in the world: Paddy Cosgrave of Web Summit 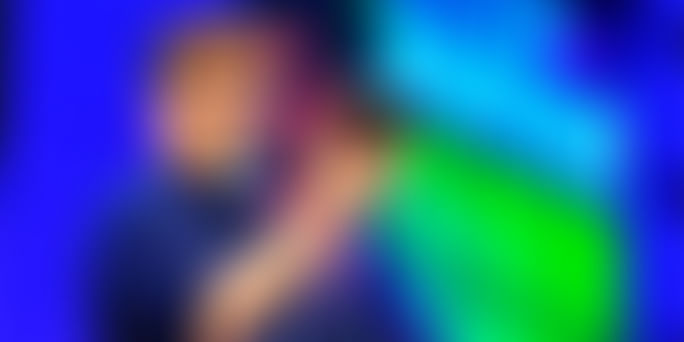 Later this month, more than 4,000 delegates will converge in Bangalore for SURGE, a two-day event held by the organisers of Web Summit, believed to be the world’s biggest and most influential startup gathering.

The gathering will include 500 startups, 250 investors, 200 media personnel, and other influencers from both within the country and outside. Some of the main speakers will be Nicolas Brusson, Co-Founder & COO of BlaBlaCar; Sachin Bansal, Co-Founder & CEO of Flipkart.com; Rohit Bansal, Co-founder & COO of Snapdeal; Dave McClure, Founding Partner of 500 Startups; Subrata Mitra, Partner at Accel Partners; Saul Klein, Founder of Seedcamp; and Bharati Jacob, Managing Partner of Seedfund. SURGE is also inviting significant participation from women entrepreneurs.

Event founder and CEO of Web Summit Paddy Cosgrave believes that SURGE will support the startup community in the country, especially with the significant increase in the number of Indian startups attending their global conferences.

YourStory caught up with him to talk about the evolution of the Indian startup ecosystem, what startups can expect from the very first SURGE event, and how exactly does one engineer serendipity.

From Web Summit to SURGE. Why India? Why now?

You’re moving Web Summit to Lisbon – how did you choose Bangalore as the location for SURGE?

Back in July 2015, I reached out to Flipkart Co-founders Sachin and Binny Bansal to say we were considering setting up a tech conference in India, and asked what city to go to. They replied ‘Bangalore’. It was that conversation that brought the idea into reality. India is increasingly producing globally competitive startups that have disrupted markets and the way we live. Bangalore is a significant part of the global startup ecosystem and we think it is the ideal venue for SURGE 2016.

Given that SURGE is being brought to India by the folks behind Web Summit, expectations run high (your pub crawl is a huge attraction!). What can the audience in Bangalore look forward to?

SURGE is our vision for a new type of tech conference for India – a meeting place for people who are both building the companies of tomorrow and managing the companies of today. We have lined up an amazing list of international and Indian tech entrepreneurs like Rohit Bansal of Snapdeal, Ambarish Mitra of Blippar and Nicolas Brusson of BlaBlaCar. We like to think that we deliver networking and learning opportunities like no other event.

What can participants expect from SURGE?

Participants can expect the legendary networking our events are well-known for. We have created opportunities for our attendees to network through our app, which has an in-built recommender system, evening drinks/dinners, to our Mentor Hours and Office Hours programmes, which are pre-scheduled meetings that facilitate interactions between startups and other attendee groups, like investor and founders.

However, SURGE is also what attendees make of it. While we help create all of these meetings/interactions, attendees also need to have a plan about what they want to get out of it, maybe it’s meeting an investor or maybe it is talking to a journalist to get some coverage, every attendee differs. We find that attendees that prepare carefully, and who are willing to “hustle” a bit, get the most out of it.

Web Summit is also famous for ‘engineering serendipity’, adding an element of science to networking to make it far more effective. How did that concept evolve?

I started Web Summit five years ago. It came from my frustration as a startup founder attending tech conferences I found antiquated. I thought why are these guys not using data science and technology to shape the attendee experience, which is what we have gone on to do. We now use algorithms and software to find the right attendees for our event and to connect people with each other before, during and after the event. This has helped build Web Summit from a tiny conference of 400 attendees to the largest startup/tech gathering on the planet, which has seen 42,000 attendees come to Dublin in just five years and given us the opportunity to start events in other countries like India.

How is ‘engineering serendipity’ being applied to SURGE?

Perhaps the best example is the event app. The best way for people to connect with other attendees at SURGE is definitely through the use of our SURGEConf app. 4,000 attendees will be using it over the two-day event to find the best connections and to direct message people they would like to connect with. Our recommender system is an amazing tool built by our team that pulls together attendee information and suggests others who will be of interest to the other based on interests, country, or connections. At Web Summit, attendees found that using the app was often key to having an amazing experience.

What are your expectations from India for SURGE? What are you hoping to discover?

India is one of the fastest growing tech ecosystems in the world. There’s just so much to discover and learn about this 1.2 billion person mobile-first market. Our team is based on the other side of the world in Dublin, Ireland. Whilst so many Indian CEOs have attended our conferences elsewhere in the world, we’d never run even a small event in India. However, things seemed to have clicked and in a big, big way. We learn and discover so much from each of our conferences so we’re excited for this new event and we are keen to learn how we can improve the event. Our aim is to deliver an amazing time for all our attendees but we know that we can always do better.

In your view, how does the startup ecosystem in India compare with other destinations – Tel Aviv, Singapore, Stockholm, Berlin, and Amsterdam? What are the similarities and differences?

India has arguably the most important and accessible startup ecosystem in the world right now. Talent, education, smart money and a vibrant ecosystem are some of the key ingredients. There is an impressive government focus on promoting entrepreneurship, which must also help. Not all tech eco-systems can boast the same level of support and innovation that India is receiving right now.

You visited India recently – there’s also been a lot of government involvement in boosting startups and entrepreneurs here. How does that compare with other startup hubs in the world?

We travelled to Bangalore and Delhi for a really good few days to launch SURGE. Along the way, we stopped off at a couple of meetups and got to know some great people from the Indian tech community. It's a really interesting time for Indian startups and it’s great that the government in India has taken such an interest in the startup ecosystem.

What are the key differences between Web Summit, SURGE, RISE, and COLLISSION?

We think we have a basic formula that works across all our events. For example, Office Hours. All of our events are similar in the sense that they bring together motivated, interesting and likeminded people from around the world who are shaping the world we live in.

But each event is also different, given the changing speaker line-up and attendee audience. On-stage content can at times differ according to regional trends. For example, I think e- commerce is going to be big at SURGE in a way that won’t be the case for COLLISION in New Orleans in April.

Is there anything else that you’d want our readers to know about SURGE?

I think you might expect me to say that tickets are still on sale (and they are!). But the one thing I want people to remember is that this is a first-year event and we hope that we are at the start of something big. We hope that people come along and help us build SURGE together. See you there.

YourStory is a media partner at SURGE 2016, which will be held in Bangalore on 23-24 February.