A decade ago businesses and enterprises were expected to have a physical office space and an online presence was considered a bonus. After the Internet and e-commerce became mainstream in India, the roles were reversed – strong web presence was deemed the norm and physical office spaces took on a secondary, optional role. Times have changed again quickly. Customers now consider mobile apps to be the ‘litmus test’ of a company’s credibility.

With ‘mobile eating the world’ customers expect startups and even legacy players to have a strong mobile presence. But most traditional offline businesses and early-stage startups that do not have the necessary firepower to develop native mobile apps from scratch in-house. Plobal Apps, a two-year-old Pune-based startup, aims to solve this pain-point for traditional businesses and bootstrapped startups with their do-it-yourself (DIY) native app development platform.

Co-founded by Atul Poharkar (30), Aliasger Motiwalla (27), and Abhishek Jain (28), Plobal Apps is a technology platform that provides SMBs and legacy players with integrated mobile business solutions. Their aim is to help both traditional and new-age businesses develop native mobile apps quickly (in 10 minutes) through their platform.

As the CEO, Atul overlooks complete product development and marketing for Plobal Apps. He was earlier the Founder and CEO of Icrave.in. Abhishek, whose expertise lies in cross-platform development and integration, is the CTO at Plobal Apps. He was earlier the CEO for NoahArc and President of products for Webricks. Aliasger is head of strategic partnerships and sales at Plobal Apps and has prior experience in sectors like digital publishing, advertising, SaaS products, and IT sales. He was also the former head of sales – India and Middle East for WDM Group.

Plobal Apps provides its users a ‘Do It Yourself’ environment for mobile app development. It is currently focussing on businesses in the hospitality, lifestyle, and e-commerce space. Consisting of a team of around 30 based mainly out of Pune, Plobal Apps claims to have developed about 1000 apps for over 500 clients so far. Their long term vision is to revolutionise the m-commerce space in India by tapping into the highly potent app market that is growing exponentially.

Their website claims that users can create and develop an app in 10 minutes in five steps by choosing the category, selecting desired features, uploading necessary content by dragging and dropping, testing the app and finally paying and publishing the app. Atul adds,

The purpose is not just to empower non-tech business owners in the SMB industry to create an app on their own, but also provide a quick and easy platform for an app developer to offer native-app development solutions to our clients.

Plobal Apps charges businesses a fixed fee for developing apps on their platform and hands the APK to them after development. Other than the direct B2B model they have a reseller programme available to enable advertising agencies, digital marketing agencies, social media agencies, website and mobile development companies create fully native apps on both Android and iOS mobile platforms for their clients. They are also one of the partners and offer their platform to customers of Shopify.com, the market leader in DIY website space.

Going forward, Plobal apps aims to bring onboard 10,000 companies and about 400 re-sellers by the end of 2017. The startup is also looking to raise funds to help them boost growth and also strengthen their tech team by hiring more engineering talent. Currently, the startup caters to app developers under five main categories – hospitality, lifestyle, spa, real estate, and bands – and is planning to add more categories in the future.

The global mobile app market is pegged to be a $77 billion dollar industry by 2017. The sector has been growing at an exponential rate. In 2014, iOS app developers earned more than Hollywood did from the Box office in the US.

While many later stage companies develop their own native apps in-house, there are a few success stories of apps developed through automation and DIY methods that have done very well. Juggernaut is a big player in this space and has tasted success with apps it has developed –Jugnoo and MiniLuxe. Jugnoo started as a hyperlocal auto aggregator and raised funding from Paytm, prior to raising Series B round and expanding to over 40 cities. MiniLuxe, a US-based hi-tech beauty salon startup, went on to raise $23 million in 2014.

Gigster, a US-based company that pairs software developers with corporate projects, has tasted success too and had raised $10 million from Andreessen Horowitz in December 2015. So there is market validation for Plobal Apps and other new entrants in this space – like Appaie.

Developing a mobile app natively in-house from scratch can take considerable time. Also there is no guarantee that the app developed through this process will be a hit among the intended market. By leveraging DIY and automation tools that Plobal Apps and other players offer, startups and enterprises can ‘move fast and break things’ to figure out what works for their consumers. Based on the feedback they can either make small improvements or develop a new app from scratch based on their needs. Plobal Apps is being run by a small team of experienced techies. It will also be interesting to see what other features and tools they have in the pipeline. 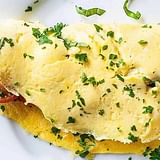 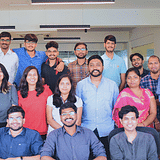