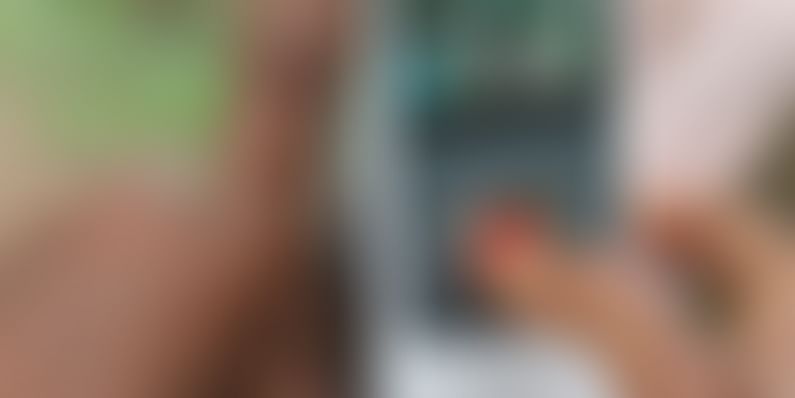 When in a span of 40 days, a school in Bakayan, Madhya Pradesh served mid-day meals—a right under the Indian government’s Mid-Day Meal Scheme (MDMS)—to its 201 students only twice, Arti Bai, a local community correspondent, decided to intervene. She shot a three-minute video capturing the plight of the parents and students and used it to grab the attention of the district authorities, who immediately intervened and started the mid-day meals the following day.

In another instance, officials of Mathurapur, Jharkhand asked for a bribe of Rs 20, 000 to fix a dysfunctional transformer, the lack of which resulted in no electricity for four years. When community correspondent Mukesh documented the story and showed it at the Block Development Office, an officer was immediately designated to fix the issue within a month, bringing light after four years of darkness.

Arti Bai and Mukesh belong to a nationwide network of close to 200 community correspondents from 146 districts who are achieving social change through the power of videos. Aptly called, ‘news by those who live it’, Video Volunteers (VV) was started in 2003 by Jessica Mayberry, who trains local community correspondents to produce two to five-minute videos on stories of neglect, deprivation and discrimination, and uses them to fight for what’s their right.

How did VV begin?

In 2002, New York-based Jessica Mayberry came to India as a W.J. Clinton Fellow of the American India Foundation to train rural Indian women in film-making. Witnessing the creative power of Indian communities to solve their own problems first-hand, she decided to stay back and empower these people. And thus was born Video Volunteers, to create an interface between grassroot and mainstream journalists, give a voice to the unheard, and to empower these unheard voices to change their lives for the better. Jessica says,

In a country that bases its premise on free media, and is home to some of the most powerful media houses of the world, rural issues have less than two percent coverage in mainstream media. When a journalist discusses a policy in action and excludes the last-mile beneficiary, neither the journalist nor the audience is understanding the issue fully.

How does VV work?

Even if mainstream media has denied a voice to these marginalised communities, digital technology and social media are powerful vehicles that are being leveraged to raise awareness on a plethora of issues.

VV trains interested local community members to be ‘video journalists’ using inexpensive cameras. Furthermore, they are also trained on how to identify a story, conceptualise it and finally shoot it such that the end-product encompasses the problem, viewpoints of everyone involved and the solution they are seeking. The videos are then sent to VV’s office in Goa where the team edits them and produces the final re-purposed piece to further the impact.

Each VV correspondent gets paid between Rs 1,500 and 3,500 per video. And if a video has managed to create impact, the correspondents turn in an ‘impact video’ which fetches them Rs 5,000. While most correspondents are freelancers who are passionately trying to change their societies while holding full-time jobs of agricultural labourers, vegetable sellers and the like, some have even committed themselves to VV for five years.

VV’s model works in different, powerful ways. One way is tying up with large media houses in the industry such as Tehelka, News Laundry, Bloomberg and Reuters to name a few. Through their channels, fresh stories and perspectives of these communities are presented to an audience that is always hungry for something new. VV also partners with a wide-range of non-profits, universities and international organisations – all of which further promote the ideals of a more democratised media.

Finally, VV itself has a number of on-going campaigns that are used to raise awareness and for advocacy. Jessica talks about the ‘Article 17 – End Untouchability Campaign’ which has a simple goal: to put a stop to untouchability. She says, “It was a project we launched in 2012 when we realised that it’s an issue that can’t be solved locally, as it’s inherent. By bringing diverse problems to the forefront, our ultimate goal is that the entire nation should recognise untouchability as a huge problem and the government should be more accountable.” From Dalit children who are made to sit separately in schools to forcing a community to walk barefoot when they cross the bylanes of a higher community, this campaign has already amassed close to 60 videos and is still counting.

There have been many other campaigns such as ‘Right to Education – Pass ya Fail?’ which has audited 100 schools across India to understand their compliance to the RTE Act and ‘Mahatma Gandhi National Rural Employment Guarantee Act (MGNREGA) Campaign.’ wherein community correspondents have produced over 120 videos that highlight problems ranging from the implementation to delivery of MGNREGA.

Has there been change?

In one word, yes! “In the last five years, VV has produced over 3,000 videos, of which exactly 617 have helped in bringing change,” says an enthusiastic Jessica. Recollecting a success story of the Article 17 – End Untouchability Campaign, she adds,

A town in rural Rajasthan had a practice that when people of lower caste cross the area inhabited by the higher caste, they should do so barefoot. This was a way to identify a lower-caste person and behave accordingly. When VV community correspondent shot this and presented to the district officials, they came and sensitised the entire community against this practice. Now, it’s completely stopped.

“We want to start using data in a big, big way”, says Jessica. She explains VV’s plans to start phone surveys that accompany a video, which, according to her, will only bolster the impact. She argues, “India needs better data about the actual roll-out on the ground. For instance, if the State government has commissioned 50 toilets in a district and only five have been built, how can the community track and report this? How can they fight for their right? We must not forget that all government programmes have a mandate of monitoring and evaluation. VV will step in here to show the performance, its pace and end result. I believe this can be a step to end corruption or siphoning.”

When asked on how her experience as a social entrepreneur in India has been, she says,

I am only the enabler. There’s an already existing vibrant solution system at the grassroots. Through VV, we are only empowering these people to fight for themselves, because no one else is doing that.

Understanding the vast role of AI and ML in cybersecurity