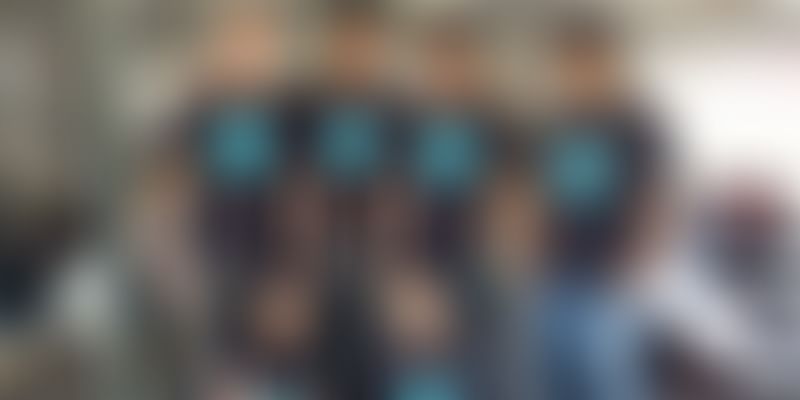 WiFire automatically connects users to free WiFi hotspots around them without the need to enter passwords or fill out web forms. The app connects users to public networks that are added and socially verified by the community of users. It focuses on crowdsourcing and is not a hacking tool.

Currently, WiFire has access to around 1,000 hotspots across the major metro cities and some tier two cities in India. Through a map-based user interface, users can also navigate to and get within range of available hotspot locations.

WiFire is one of the products of parent company – Mobstac, which was co-founded by Sharat Potharaju and Ravi Pratap in 2009. The startup initially focussed on helping publishers create and manage mobile websites, until it received funding from Cisco in 2014. They then shifted focus to proximity marketing solutions.

As the CEO, Sharat is responsible for crafting the overall strategy and execution of the company. Prior to founding MobStac, he spent several years working in investment banking at Merrill Lynch in New York. He has a master’s degree in Engineering Management from Duke University. As the CTO, Ravi is responsible for technology strategy, product innovation, and engineering execution at MobStac. Prior to Mobstac, he spent four years at a Washington D.C.-based technology startup Hillcrest Labs as a Manager in its Software Products Group. He has a M.S. in Computer Science from Washington University in St. Louis. Ravi and Sharat both earned their Bachelor’s degree in Chemical Engineering from IIT Madras.

Currently consisting of a team of 24, Mobstac’s core focus is on iBeacon technology. They currently offer three custom iBeacon solutions (including hardware and software), depending on the need and scale of enterprises and startups. Prices start at $89 and go up to $699.

Though WiFire can be considered a side project, it has some synergies with what Mobstac is doing with their core focus. Their proximity marketing solutions rely on Bluetooth Low Energy (BLE) signals and WiFi.

Currently seeded in cities like Mumbai, Bengaluru, Delhi, Chennai, Kolkata, Hyderabad and others, WiFire is adding more networks on their platform on a regular basis as their user base keeps increasing.

Mobstac is currently not looking to monetise through the app till they hit a certain user base. Their aim is to keep the app free for the end user and focus on B2B models to generate revenue. Mobstac is currently relying on a mix of digital and offline marketing and word of mouth to help them gain traction. They are also in the

process of adding more features and functions to the app.

-Users get notified while they are within the range of verified WiFi networks, and can connect without needing to enter a password.

Over the last few years, high-speed WiFi has become a need rather than a luxury. Most enterprises recognise this and coffee shops, restaurants, and airport offer free WiFi to their customers to get them to stay longer and earn additional revenue because of the convenience offered. Google India recently brought free WiFi to Mumbai Central railway station and aims to reach 100 Indian stations by end of 2016.

These developments have brought WiFi managers in focus. Stockholm-based Instabridge is a big player in this space and claims to have over three million WiFi passwords in its database. In late 2014, the company had raised a $1 million seed round led by European VC Creandum. Then there are other players in this space like WiFi Map, WiFi manager,Wiffinity and WifiMapper.

WiFire is well designed and executed. Through the app, users get information about the closest available WiFi hotspot in their vicinity and can quickly pinpoint its exact location through Google maps. Simple to use, the ability to add unverified networks, give back to the community and get badges and rewards for the effort adds to the gamification and stickiness of the app.What could be improved

WiFire currently has a small database of saved WiFi networks on its platform and hence it will rely heavily on its early adopters to help them achieve necessary growth. Although WiFire requests and guides people to only add public WiFi networks onto their platform, it is possible for users to game the system and add private networks too. Currently owners can email the team and request for their network to be removed or they can change their password. In the future interactions of the app, WiFire will let recognised people claim ownership of WiFi networks to make it easier and speed up the process.

WiFire is a well-thought out app and with mobile Internet users in India projected to increase to 500 million in 2017, there is a large market to be tapped. With mobile Internet networks sometimes becoming unstable, easier access to public hotspots makes the lives of people easier. It will be interesting to see how Mobstac grows this ‘side project’ and how they leverage it to increase their core business.