Beawel: Aiming to be the Zomato++ of India 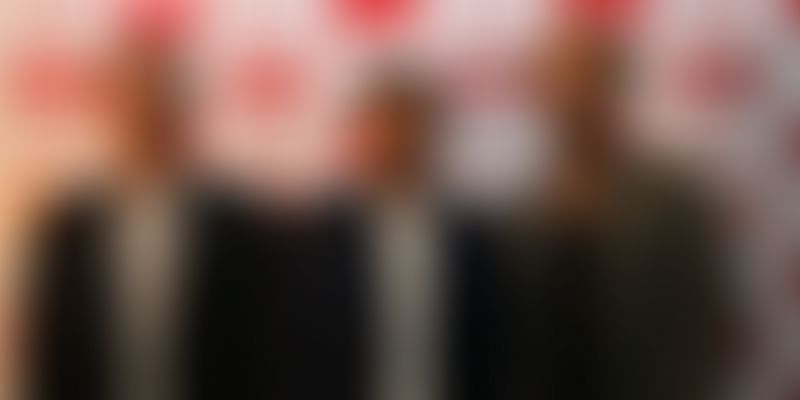 Food, travel, and grooming were the three things Ahmad Rizvi was most interested in. Since Zomato had taken the lead in the food sector, and there was no dearth of travel portals,he decided to start Beawel, a Zomato++ for grooming services based out of Dubai.

Born and brought up in Lucknow, Ahmad, 40, was playing around with his Sinclair ZX Spectrum when he was just nine years old.As time progressed, his interest moved to video editing and mechanical tools. Like his father and grandfather, Ahmad wanted to be a doctor.However, he went on to do his Bachelor’s degree in Commerce from Lucknow University and get his MBA from Devi Ahilya College in Indore in 1999. Post that, he worked for Patni Computers, HCL Tech, and Accenture Management Consulting. After working for 13 years, Ahmad decided to startup in the grooming space and was joined by Anand Choudha, 41, who was a batch mate in his management course.

Prior to his MBA degree, Anand had completed his Bachelor’s in Electronics Engineering. An industry veteran of 17years,he spent over a decade in the Middle East, working with IT organisations across practices.. At present, he is the CEO of Beawel, and Ahmad is the COO. Talking about why he decided to start Beawel, Ahmad says,

We started ideating around Beawel in November 2013, when we realised the value Zomato brings to thetable for a consumer. Ahmad was an early-days contributor and learnt how they operate right from their CXOs. I realised what brings a smile to a person like me was food, travel and engaging with good looking/well-groomed people. Food was being well-served by Zomato by then, travel well taken care of by TripAdvisor (and so many others); it was the business of looking good that was still working in silos. That’s when it struck me to do a Zomato++ for these guys and then there was no looking back.

Beawel was started as a listing and review platform for 360ºgrooming services ranging from salon, spa, fitness to mediclinic and other services. One of the biggest challenges Ahmad faced while building Beawel was getting proper validation and seeing if this was actually a need people were looking for. To solve this, they went ahead and did the consumer survey and got positive results. Another was the choice of where to start from. Ahmad says,

“Dubai was a natural choice for us as a PoC as Anand is based out of there.It was a manageable geography, with the high(est) consumerism, a good ethnic mix, and the best salon to restaurant ratio. There were challenges related to data collection, and free-zone company setup, but none too big to stress on.”

Before onboarding a merchant, the company produces data and does a complete background check. Once the onboarding is done, the merchant has the complete ownership of their offering on the platform. As a customer, one can browse between different services, and do an intelligent search within their area. They can hear what other people are saying; see the ratings, services, and prices even before reaching there.

You might also like: Bulbul, providing on-demand beauty services, as the beauty and wellness segment heats up

Apart from this, customers can also buy deals, get oﬀers and book their appointments online. While doing all this, they graduated from a Basic to Platinum (5 stages) user, earning rewards along the way, which can be used as credits on the site. It is quite apt to call the service a Zomato for wellness. Talking about the revenue model, Ahmad says,

“The revenue model is pretty straightforward and mostly dependent on gain-share. We like to get money when we make a tangible difference. The market size in India is very volume-driven (Rs.41,000crore according to a KPMG 2015 report) while the UAE is more value-driven (more than $0.5billionis spent on skincare products, upwards of $200 million on men’s grooming, and the spa industry is worth more than $10billion according to a report by Euromonitor, 2015). We have different approaches to both the geographies. Our approach in the UAE is very merchant-specific, while in India we will have consumer-specific plus KAM approach.”

With growing incomes, the market is growing. The company has recently entered India and has set up offices in Delhi. Looking at the future, they plan to expand to India aggressivelyand are targetting sales of $10 million by the end of 2018 in UAE. Their growth strategy is to add geographies and grow slowly. The company aims to have a presence in over 10 countries in the next five years.

The market in India for beauty and wellness platforms is warming up with most of the wellness aggregators being the normal household services like UrbanClap and HouseJoy. There are individual players like Bulbul, which provide on demand beauty services. ManageMy Spa recently raised$6 million from Accel Partners indicating the growth and validation for the beauty services market.