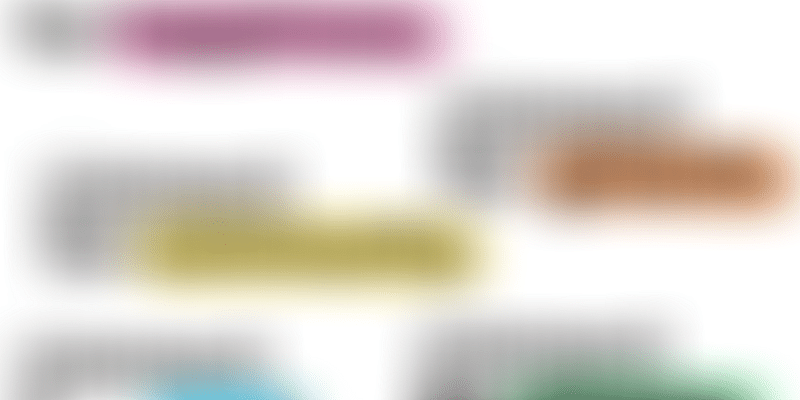 A lot of us want to do volunteer work, but most of us either can’t commit to a dedicated schedule of volunteering or we aren’t able to find a cause that resonates with us. Shloka Russell Mehta and Maniti Modi, two young women from Mumbai, are tackling this problem and creating impact with ConnectFor, a volunteering platform that aims at taking the volunteer culture in India to its full potential.

Shloka met Maniti at the Dhirubhai Ambani International School in Mumbai where the latter was her juniour. Shloka went on to do her Bachelor of Arts in Anthropology from Princeton University in 2013 followed by an Master of Science in Law, Anthropology and Society from the London School of Economics in 2014. Maniti completed her Bachelor of Science. in Biomedical Science from University College, London and her Master of Science. in Management from Imperial College London in 2014.

The series of events

Shloka was involved in volunteer work through high school and college. Especially interested in education, she studied the ‘Right To Education’ Act as part of her dissertation. She says,

I found myself completely frustrated by its simplicity and lack of real attention to the issue of quality education. I was particularly upset by the idea that government school teachers couldn’t ever be fired, and that you couldn’t fail a child until the eighth grade regardless of their actual learning level. I started thinking about options that had a greater potential to enable change.

Shloka moved back to India in 2014 and her father put her in charge of running Rosy Blue Foundation (RBF the family business’s Foundation. Setup in 2010, until 2014, RBF largely worked on a charitable basis, subsidising employees’ medical expenses, or their children’s school fees. Since then, Shloka has rejigged RBF’s working to focus on education and turn it into a philanthropic organisation rather than a charitable one.

The board of directors at RBF asked Shloka to consider one more angle – the potential for human engagement, or ways for people in the community to get involved, beyond just funding. This tweak in focus helped Shloka learn of a bigger problem – the poor state of volunteering in India.

Shloka was trying to find the balance between the board’s decision and the challenge of getting people to commit to a steady number of hours over 8-12 months, especially working people. The answer lay in the question that was often posed to her by friends and family – “What can I do once a month, you work in the social sector, you would know, right?”. The final straw was when a friend of hers called, entirely frustrated, and asked her why there wasn’t a single platform for someone to find a convenient way to volunteer.

That was when the penny dropped, and I realised that this was the perfect solution. I remembered finding my own volunteering stints in college through platforms, and I was shocked that this didn’t exist in Bombay. I started researching the viability of the same, and I understood quickly that there was a huge gap in the Indian market, but that the potential was incredible.

Shloka began modelling the idea of ConnectFor, a volunteering platform, on an American website, VolunteerMatch, that since 1998, had saved the development sector in America over $3.8 billion. Shloka adds, “In an Indian context, that seemed almost absurd in its value. More research showed that there are over 3.3 million NGOs currently registered in India, meaning that there is a higher number of NGOs per person than police stations. The Bain Philanthropy Reports that I read, showed an incredible disparity between the percentage of people who donated money, and those who donated time in India.”

Maniti returned to Mumbai after finishing her degree and took up a job in management consulting for about a year. Maniti was looking at other opportunities when Shloka proposed the idea of ConnectFor. She recalls, “I had never thought about working in the development/social sector, but I really liked the idea/concept of ConnectFor, and I thought that working on a startup idea from scratch would help me develop entrepreneurial skills”

Shloka, 25 and Maniti, 24, started up and there has been no looking back ever since. ConnectFor has come to be a two-sided market place where NGOs can list their volunteering needs and volunteers can find opportunities to volunteer based on their skills and cause preferences. The service is free of charge for NGOs and volunteers.

ConnectFor has a multi-pronged approach:

At the moment, ConnectFor is funded by the Rosy Blue Foundation. In the future, Shloka and Maniti plan to move to a revenue model that will bank on end-to-end volunteering solutions to corporates and intuitions and finally evolve into a self-sustaining social enterprise.

For starters, ConnectFor maintains regular contact with onboarded NGOs and serves them as clients to ensure they are happy through the process. The team at ConnectFor standardises the information they receive for each volunteering opportunity, which helps ensure that expectations are aligned on both sides.

There is another interesting differentiator, according to Maniti,

We monetise the value of a volunteer’s time by asking our NGOs how much they would have been willing to pay for the same services had they not been rendered by a volunteer. The idea is that this helps both the NGO and the volunteer realise the real value of the time given, and connects back to the larger cause regardless of the nature of the volunteering work. For example, a volunteer who spends 20 hours doing data entry may not have any direct contact with an NGO’s beneficiaries, but is comforted by the knowledge that those 20 hours saved Rs 3,000-5,000, which in turn resulted in 10 more girls having school fees paid for the year.

ConnectFor launched on 5 December 2015, World Volunteering Day. Since then, they have been working actively with Ecole Mondiale and their students. Next on the anvil is their alma-mater, Dhirubhai Ambani International School. Shloka adds, “We’ve also spoken to the administration of St. Xavier’s College, and SIES College and the idea has been well received. We’ve got a few Corporate Partners formally, including EdelGive Foundation, GoQii, TruTech and OnCourse, and a few others in principle, which should be formalised soon.”

In terms of numbers, ConnectFor sees an average of 10 new sign-ups per week, and at least two new NGOs per month. So far, they have registered 228 volunteers, who have clocked 120 volunteer hours, helping NGOs save about Rs 62,500.

Do rich kids have it easy?

Shloka and Maniti come from well-to-do business families in Mumbai. Shloka says that some people didn’t even take her seriously when she started off. She says, “I remember reading a quote by Angela Carter ‘What would the daughters of the rich do with themselves if the poor ceased to exist?’. I was just starting at the foundation and it really affected me. That stayed with me and it made me even more aware that there was a lot of work to be done to change people’s perceptions.”

Do people think that they’ve had it easy because they come from the crème de la crème? Maniti says,

I think people do think we have it easy and a lot of people feel that we are doing “charity”. But this is not the case. We face the same challenges as most other startups do in other industries as well. On an organisational level, I think the challenge we face is that we need people to understand the value of this platform in order to get funding, and only with funding will we be able to grow to the level we want to. It is always tricky with social enterprises I think it is because people mistake “doing good for society” with charity. We also aim to make this a sustainable business, along with creating value in society – that does not mean we are doing charity.

The determined duo is looking to replicate the ConnectFor model in other cities by the half-year mark, adding features to the existing website, and ultimately offering an end-to-end volunteering service for corporates and academic institutions. They stress that, going forward, scalability and sustainability are going to be the two biggest pieces they put their heads to.