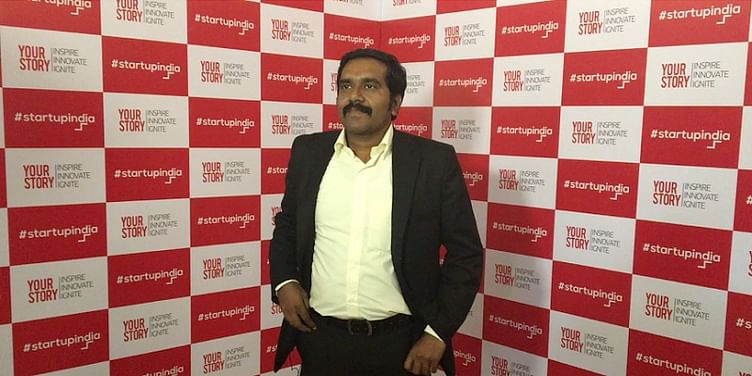 FixNix, a SaaS-based GRC (governance, risk management, and compliance) platform, on Saturday raised Pre-series A funding of $500,000 led by Jay Vijayan, CIO of Tesla Motors. A few other Silicon Valley-based angel investors also participated in the round.

Shanmugavel Sankaran (Shan), CEO of FixNix, saidthat the funding will be used for expansion within Chennai and other markets, technology and product development and for expanding the team. Jay Vijayan has joined the FixNix Board in an advisory capacity.

Jay Vijayan said it was his belief that B2B GRC products need handholding to break into the market that led him to invest in the startup. The company, which has operations in Chennai and US, has been bootstrapping for close to three years and this is its first major round of funding. In August last year, the team raised $100,000 at the RSA conference from a Silicon Valley-based security company, the name of the company is undisclosed.

The FixNix GRC product participated in the Microsoft Bizspark Challenge and won the regional finals from Tamil Nadu. The startup was awarded $60,000 worth of Azure cloud credits along with $5,000 cash. It also received an Rs 1 crore loan, with the TN government backing it up with a 25% subsidy.

The FixNix team claims to have generated revenue of $500,000 in the over three years of its existence. In March last year, the team closed a public-private partnership deal with the RBI. “In August we met close to 43 banks, of which three banks have already bought the solution for $100,000 and several others have expressed interest,” said Shan. The public SaaS version, which was launched in June 2015, has over 213 corporate clients.

The team consists of three executives and a 15-member engineering team. With this round of funding, FixNix is looking to hire over 35 people in Chennai and few in the Valley.

GRC is an extremely niche but increasingly important tech segment. Why is GRC important? A Deloitte paper defined GRC as “an integrated, holistic approach to organisation-wide governance, risk and compliance ensuring that an organisation acts ethically correct and in accordance with its risk appetite, internal policies and external regulations through the alignment of strategy, processes, technology and people, thereby improving efficiency and effectiveness.” GRC software essentially automates the documentation and processes of compliance and risk management linked to corporate governance.

With corporates under increasing scrutiny, areas like governance have become extremely important. Much of the banking crisis of the past decade has been attributed to poor corporate governance. Germany’s Deutsche Bank was fined $2.5 billion in 2015 for fixing Libor rates—just one of the many examples of banks and other corporates being penalised in recent years.

Such scrutiny has led not just banks but also large corporates in every field from petrochemicals to telecom to invest in GRC software to ensure that their internal policies are being followed and they are on the right side of law at all times. A SaaS-based platform as offered by FixNix ensures that companies of all sizes have access to such software. However, it does face competition in the form of biggies like IBM, SAP and Oracle. However, a nimble startup focused only on this segment can find a foothold by offering up-to-date technology and specific features. Many of the smaller companies will prefer a SaaS pay-as-you-use model. This is definitely a startup to watch out for.