How these Indo-American students developed 'Uber for tutors' 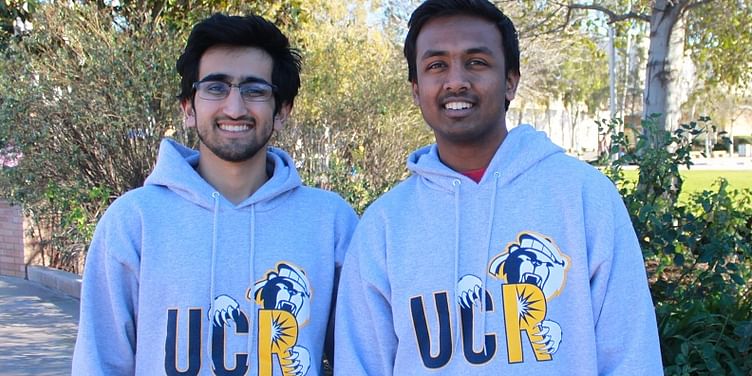 Two Indian-American computer science students in the US have created an education app that helps college students connect with tutors in the locality. Described as The Uber for Tutors, the Scholarly app available as a free download on Google Play and in the Apple App Store helps users view tutor profiles, set meeting locations and help with their studies at the click of a button. The app, that won the first place at the world's largest education Hackathon in October, has been created by Sultan Khan and Haasith Sanka of the University of California, Riverside (UCR).

The way it works is simple: tutors create profiles, which can be viewed by students looking for help in a certain subject. After setting a meeting location, the two parties can meet to untangle whatever academic knot a student is wrestling with. In addition to being easy, it's mutually beneficial. Tutors can earn extra cash, while students can get the academic help they need all with no middle man other than a smartphone. The duo hope the on-demand tutoring service will help fellow students,

We both believe that one-on-one tutoring is beneficial, so we are proud to have created something that will contribute to students' success, said Sanka.

The duo developed the android version of 'Scholarly' at Hacking EDU in last October. The competition drew more than 1,000 hackers from universities around the world. Within a 36-hour time-frame, students were challenged to turn their ideas into functional software that would improve the education system. After presenting 'Scholarly' to a panel of judges, Khan and Sanka ultimately left with a first place ranking for their app. Since then, the two have been working to improve the android app and create the iOS version.

One of the challenges about developing apps is that even when you've done a good job there is always room for improvement. That's one of the things I love about creating apps and the reason I want to work in the field of software development when I graduate, said Khan, in a statement issued by UCR.

For Sanka, the reward will be seeing how the app helps other students. While most of the app's activity is currently generated by UCR students, Khan and Sanka hope to expand the service to K-12 (Kindergarten to Class 12) students and their parents in the coming months.