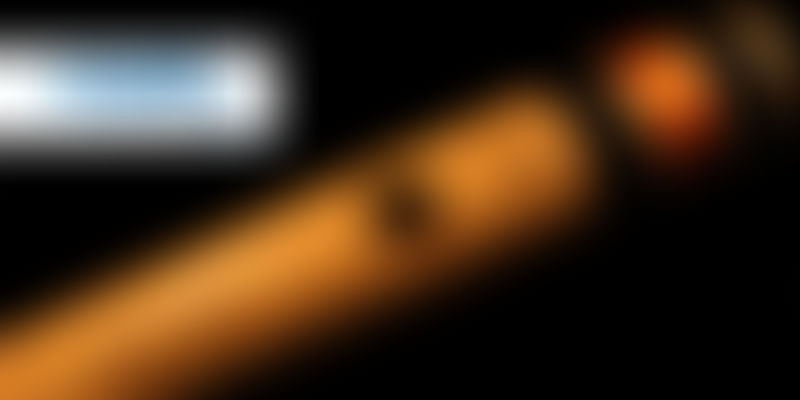 When a hobby turns into a profession, a professional expects to be able to find the superior tools of the trade, and if they are not up to the mark, he could complain, despair or look for more expensive, difficult-to-find alternatives. Yet, Subhash Thakur, a flautist by profession, did not succumb to any of those measures.

When he could not get the type of high-quality flute he needed, he did what few others would have, which is to make his own. What started off as a solution to a personal need slowly metamorphosed into the saga of Punam Flutes. Today, Thakur’s flutes are used by several artists, including the legendary Pt Hariprasad Chaurasia, in India and abroad.

Thakur, who has an illustrious career playing a baansuri (Hindustani for flute), began learning under the tutelage of Ustad Fahimullah Khan in 1988 and then completed a master’s degree in music. After that, he began playing professionally, which earned him the status of a graded artist at Akashvani, Patna. “I then moved to Delhi and started a government job as a flute player with a monthly salary of Rs. 7,000,” he recounts, adding, “It was during this time that I realized good flutes were hard to come by. They were either very expensive or had to be imported. That is what prompted me to attempt making my own flute.”

That attempt was just the beginning of Punam Flutes. Many disciples of his current guru, Pt. Amarnathji, wanted him to make flutes for them too. In just a few months, Thakur realised it was more lucrative to make flutes as his income as a flute-maker began exceeding what he earned as an artist.

Thakur takes great pride in how he customises each creation, which is what distinguishes his work from mass-produced instruments. “I don’t just make any flute and ask people to buy it. For professionals and discerning artists, I study their style and make an instrument according to the range they desire.”

The Initial Days of Struggle

Thakur explains, “Flute-making is as serious and thorough of a process as is making any other musical instrument. First of all, you need to procure good quality bamboo, which is available only in North East India. Then it has to be seasoned for about three months. Following this, it has to be carefully crafted, because the position and the diameter of the holes is very important for proper tuning.”

In the early days, he struggled at each stage of the production process. Tools for making the holes were not easy to come by. He had to search for them far and wide, and in the days before the Internet, that was a difficult task. He then had to import them from the U.S. and other countries, after paying a huge sum of money. He also needed a tuner to help him craft the flute properly.

Only in the last few years has technology been easily accessible, which has allowed him to buy good quality tools and also craft his own tools to make flutes.

Going online was the next logical step

Once you have a great product, the next step is to publicise and sell it. When it seemed like the whole world was shifting to the web to accelerate sales, it was Pt. Amarnathji's son, who advised him to expand his business online. He helped Thakur register a domain name and create a website back in 2004. Another friend, also a professional flautist, helped design the site and now maintains it.

“If you are a manufacturing company, going online is the logical thing to do to increase the reach of your business. A .com domain name is the obvious solution if you want to extend your reach internationally,” says Thakur.

Punam Flutes has a good presence on social media too. His wife Punam, after whom the business is named, takes care of that aspect. The social media page and the website also feature messages to and from artists who use his flutes, including the likes of Prem Joshua and Naveen Kumar, who are noted for their ad jingles and the haunting theme from the movie Bombay.

“About 50 percent of our sales come from people who know me personally, artists and students, as well as those who have heard of my reputation. The remaining comes from purely online sales, of which nearly 25 percent is from foreign countries,” he explains, adding that he gets quite a few people from the U.S. and the U.K. who approach him for customized flutes.

Deeply focused on making high quality flutes available to passionate artists, Thakur never thought selling online would help the business the way it has. He finds the change in the Indian mindset quite remarkable: “Indians have taken to this ecommerce thing quite well. Of late, a lot of my sales are due to my website and being on platforms like Amazon and Flipkart.”

Thakur’s advice to anyone who wants to start a business and take it online is to focus on the fundamentals: “You need to understand everything about your line of work in depth, and you should be aware of every aspect of production and sales. Only then will your company prosper.”

Punam Flutes is still growing big with .com. What about you? Go .com, Go Big!

Register your .com at www.gobigwith.com