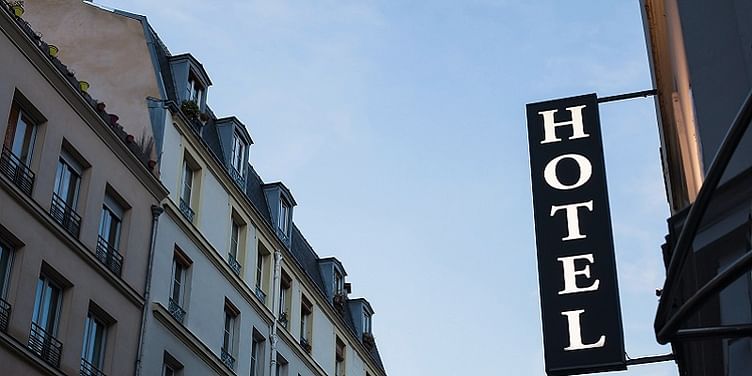 Whether it is the entry of new players, acquisitions or funding, the budget hotel space has been abuzz with activity for a few months now. It doesn't come as a surprise, though, considering the growing volume of people travelling and booking holidays online, which according to Travelbizmonitor, is believed to touch 47 percent by 2017.

Determined to grab a chunk of this market is Singapore-based RedDoorz. It is an asset-light budget accommodation brand and service offering for hotels, resorts, inns, service apartments, B&B and guesthouses. It provides budget accommodation owners access to expert advice and assistance to standardise their offering and directly distribute online via its technology platform.

With an increasing demand for customer satisfaction, RedDoorz aims to not only help consumers receive standardised services across all RedDoorz-enabled budget accommodations, but also help budget hotel owners with technology to distribute across multiple digital platforms.

RedDoorz integrates the booking system and the check-in of the guest is monitored real time. The idea of starting up came to Amit Saberwal and Asheesh Saxena while they were still working at MakeMyTrip. Working closely in the Asia Pacific region and in the segment, they found the space to be unorganised. They realised that technology could change that.

“We saw that the budget accommodations today have fragmented and non-uniform experiences that affects the consumer satisfaction. This is where RedDoorz has a strong value proposition,” says 45-year-old Amit.

The Southeast Asian travel market today is at $ 60.6 billion. With prominent tourism and business hubs like Thailand, Bali, Singapore, Jakarta and Kuala Lumpur, accommodation far exceeds supply at many periods of the year.

A large number of properties are offline. Further, the market is highly fragmented with low adoption of online distribution technology. Hotel owners are unable to realise the full monetary potential of their assets and have to make do with lower average daily rates.

Even though they were backed by knowledge and experience working on the space, the duo found it difficult to build the right team. However, they leveraged all their contacts from the Southeast market and worked on bringing people with a similar vision on board. Their board consists of Philip Wolf, Founder PhoCusWright, and Ajay Bakaya, Executive Director at Sarovar Hotels & Resorts.

However, they are still grappling with the other regular startup challenges like fund raising, acquiring new customers and taking them through the user journey and refining the product.

RedDoorz launched in the middle of last year and has been present in Indonesia for nearly three months now. The team claims to grow at close to 50 percent month-on-month and cover close to 10,000 room nights a month.

“We expect the launch in other countries to be equally favourable as the challenges faced by hotel operators that we solve cuts across the region,” adds Amit. Like most similar platforms, the revenue model of RedDoorz is that of buying at a certain price and selling at a certain price, where the money is made from the margins.

RedDoorz raised its pre-Series A funding from Jungle Ventures and 500 Startups to strengthen its market expansions. The Asia Pacific market is experiencing exponential growth in the travel sector and is poised to be a dominant region.

“Our focus currently is to be present in prominent tourist and business hubs across Southeast, Asia including Indonesia, Thailand, Singapore and Kuala Lumpur,” says Amit.

The saga of budget hotels

Of the budget hotels in the Southeast Asian markets, ZenRooms by Rocket Internet is one among many others like international-based Bespoke hotels, Nida Rooms, and Tune Hotels. According to a report, the budget hotel segment in Southeast Asia is believed to be worth $10 billion, with close to 100 million tourists coming into the region every year.

Apart from the international players, even Indian-born companies are targeting the Southeast. In 2015, OYO Rooms bagged the largest funding of $100 million from Softbank. Zostel entered the low-budget hotel space with Zo Rooms, followed by a series of funding raised from Tiger Global.

In the estimated budget hotel aggregation market, which is anything between $25 and $40 billion, various platforms are vying to grab the larger part of the segment. Besides, many smaller acquisitions have also happened in the industry. An example would be Wudstay acquiring Awesome Stays last year.