SAP wants ideas to drive business, be it from its employees or from startups outside 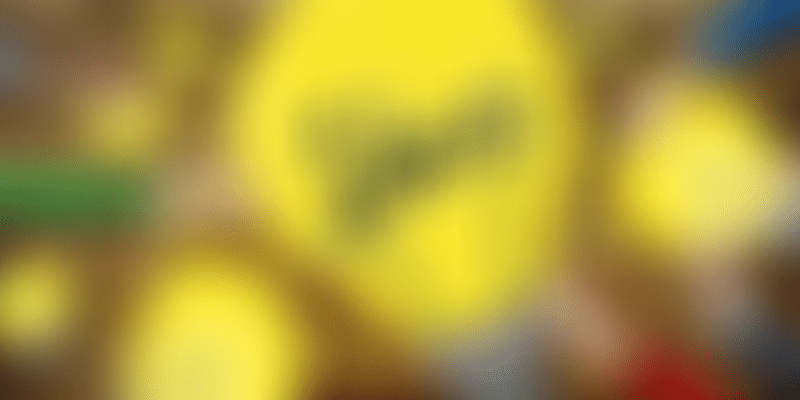 It is odd, in many ways, to know that our memories are very short, in the present, because one only knows of startups, in payments and in food delivery, that are trying to acquire offline merchants as their customers. Every analyst knows that the real gold mine is consumption and consumer behaviour data, which can alter the way supply chain is organised in this country. And, while we know about success stories like PayTM, the truth is that, in India, SAP pioneered the business of acquiring offline merchants’ via the cloud back in 2012.

The $22 billion-dollar German software company used small point-of-sale machines, which would connect to the cloud, to record the inventory and the transaction data of small merchants. The idea was ahead of its time and was a million-dollar business that did not take flight. The premise was that SAP would aggregate the data of every FMCG company, and encrypt it in a database. Data access was restricted to the respective FMCG Company, who could get real-time analysis and the dashboards of their sales data by region and brand. SAP would make sure that information would not leak to other FMCG companies in the same network. The objective was that this real-time data, over time, was supposed to put power back in the hands of FMCG companies, to understand consumer behaviour, instead of being dependent on their distributor ecosystem, which provided them with deferred data that was a month old.

To make such innovation remain relevant to current events, SAP has revamped its roadmap to work with startups and to convert internal ideas into business units with their own P&L.

“At SAP, we have already begun the process of crowd sourcing ideas from the millennial generation within our organisation. There are key trends that we are interested in and we are going after them,” says Dilipkumar Khandelwal, MD of SAP Labs India. The key themes he refers to are Big Data, mobility, Internet-of-Things, robotics and 3D-Augmentation. “My biggest challenge is to channelise ideas that the millennial generation puts on the table,” says Dilipkumar. Internally, SAP is creating a structure in India where it can eventually convert internal ideas into startups.

Although they do not reveal the entire strategy, it is clear that it will be very unique to India, and in line with the global innovation strategy. The SAP Startup Focus programme, globally, focusses purely on data analytics and Big Data engineering. No wonder SAP is into predictive maintenance, on a real-time basis, for BMW cars in Germany. It also helped the German national football team in the 2014 Football World Cup, to analyse the strengths and weaknesses of its opponents. Even Kolkatta Knight Riders, the IPL cricket team, used this platform a few years ago to pick their players in the IPL auction.

“We are business process leaders. But, we are going to work seriously with startups on the outside, going forward. However, we need ideas that can disrupt business processes,” says Dilipkumar. He says that innovation apart, his task was to make sure that he builds future leaders for SAP, from the millennial generation, and also make it a cool place to work. The company, which has partnerships with over 100 universities and 400 ISVs in India, believes that the proliferation of mobile devices and connectivity will change the way corporates have to work with their employees.

The biggest change that a corporate like SAP wants to bet on is the proliferation of B2B apps, which connect corporates to their factories and merchant eco-systems. Today, smart-factories and connected ecosystems are becoming a reality. SAP says that if a startup can build technology that can connect the dots of a business, then they can sync up with the SAP leadership team in Bangalore. But here is what the company has done from August 2015.

While Dilipkumar has carried forward SAP’s culture of innovation, he needs his company to keep up with the likes of Lowe’s Labs and Target India, two offshore centres of US-based retailing companies, in Bangalore, who have already made a dent in the startup universe. Target India has signed up with two startups to partner as vendors in transformational IT. Lowe’s Labs has plans to work with several startups in 3D Printing, data analytics, robotics and IoT. Perhaps, it is time to find ideas that are disruptive on the outside and make sure innovation is as continuous on the inside to make SAP India generate global ideas.