Trak N Tell: This startup could save your life in a car accident 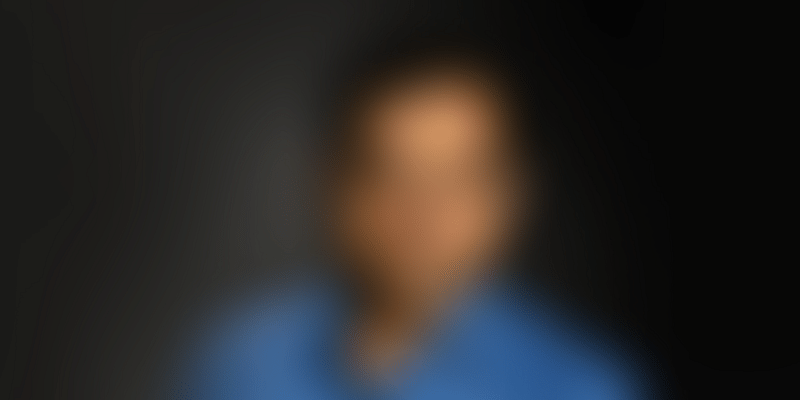 In 1995, when General Motors launched OnStar – a 360º car communications service – in the US, it revolutionised the car as a device. The entire telematics unit, a communications device in the car, became a powerful data collecting and streaming tool. Today, with this software, the car owner can keep a record of the car’s diagnostics, its location and even stream information on to the car’s screen with the mobile phone. OnStar also connects with local service stations, hospitals and the police in case of an emergency. But think about the need for such services in India. We boast of 80 million smartphones in this country and more than 12 million cars that have been sold over the last six years. Yet, we do not have a service like OnStar. Nearly 1.3 million people died in road accidents, in 2014, 75 per cent of which are car and truck collisions.

As heartless as it may sound, this is a business opportunity. There are some who want to build this ecosystem and do not want the government or a large corporate to be involved. They have already built a platform to make services, like OnStar, a viable business. Trak N Tell, a Delhi-based company, which is six years old has been in the thick of things. Founded by Pranshu Gupta, a systems engineer, who worked in the US with global corporations like Exxon and Yahoo, the firm aims to make driving more intelligent in the country. The idea was born out of a personal experience when Pranshu was out on work and spotted his father’s car in an unknown vicinity of Delhi. Upon calling his father’s chauffeur, Pranshu realised that the chauffeur was using the car for his personal errands and had lied about waiting for Pranshu’s father.

“This is when I realised that, in India, we do not have any way of telling how our cars are being used and where they are being driven around,” says Pranshu, Founder and CEO of Trak N Tell. Being an avid automobile fan, he realised that the time was right to begin his own venture in India, and he quickly resigned his cushy corporate job in the US and plunged into building a telematics platform.

Being an engineer, he readied a platform, with the hardware manufactured in India, and put it to test on his own vehicles. The GPS-based unit was even built to understand the structural dynamics of a car, which upon impact or an accident would dial the nearest of kin to the driver and update them about the accident and the location. It also allows the driver to talk to his kin. After three years of product testing and getting it certified, Pranshu took the product to several automobile manufacturers. His first client was a home grown tractor and construction equipment manufacturer, which used the Trak N Tell platform, in 2013, in its vehicles. The revenues from this business covered Pranshu’s initial cost of operations. The Indian group that he worked with has so far sold more than 1,200 units of construction equipment, in two years, and its revenues for the financial year 2014-15 were Rs 4,133 crore.

But Pranshu soon realised that while the corporate business was steady, at best, he was not able to scale up the business. “The problem is that most automobile companies in India have their own telematics play and work with large vendors. But they do not offer extensive services and security like we do,” he says.

There are others attempting this in bits and pieces. Honda Cars India was the first to launch a similar consumer service for the after-sales market in 2016. Tata Motors is working with Harman Electronics and Maruti Suzuki is working with Bosch India to bring such services to the mainstream. However, most of these units will be available in cars whose cost is Rs 9 lakh and above. Since 70 percent of the cars sold in India, according to data provided by SIAM, cost under Rs 9 lakh, it makes perfect sense to retrofit a Trak N Tell type of device for vehicle diagnostics and emergency management services.

“This is why I am now focusing on the consumer model,” he says. The consumer business can bring him 100,000 customers a year if the product is cleverly marketed and distributed. Currently, the product is available on the website and Pranshu is out building the distribution ecosystem in Delhi and Bangalore. His team of 18 engineers are strengthening the app and are building a strong distributed computing platform to handle the datasets generated by the car. The data collected on the Trak N Tell platform can then be monetised by tying up with dealerships or even automobile companies. So far, Pranshu has invested Rs 2 crore to scale up the business and is betting big on the consumer business. “I have put everything in this,” he says.

The mainstream competition for Trak N Tell comes from automobile companies and their R&D Labs. Renault Nissan’s technical Centre, in Chennai, is working on a car diagnostic tool over mobile. Similarly, Mahindra & Mahindra have their own platform. Their electric car —the Mahindra Reva —was the first to have 3/4G based mobile interfaces that could control certain features of the vehicle. Startups like CarIQ and Raksha SafeDrive are the direct competition to Trak N Tell. “There are many such platforms today. Each has its own unique way of approaching the business; one must have an ecosystem of insurance companies, dealers and emergency services to be part of the platform for them to succeed,” says Chetan Maini, founder of Reva and a board member of Mahindra Reva.

Raksha Safedrive’s co-founder Jayant Jagadeesh says that their product connects drivers to a professional network, which manages the car’s health and connects drivers to an emergency ecosystem 24/7. “The Indian market needs disruptive services like ours to create the emergency service ecosystem for automobiles and we have received more than 100 orders for our pre-launch from consumers,” says Jayant Jagadeesh, co-founder of Raksha SafeDrive.

Hopefully, Pranshu will be able to find a sweet spot with consumers. But the challenge, as it stands, is to get people to use such devices for their benefit. It is at its core a business that requires a lot of awareness and needs a lot of spending to get first users to evangelise the product.