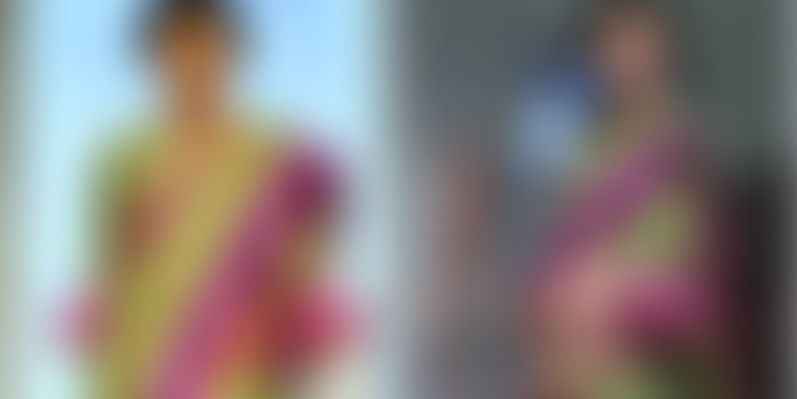 The Indian fashion industry is redefining ‘beautiful’ for their svelte ramp models sashaying in exquisite designer ensemble. In an effort to break gender stereotypes in the country, Indian model Carol Gracias chose to show off her baby bump and walked the ramp for designer Gaurang Shah in a pink and green sari. Carol who looked beautiful and super confident participated at Gaurang’s Spring Summer-16 collection “Calico”, reported Deccan Chronicle.

For an industry which is known to promote size zero, it’s decision to celebrate the real beauty of women and pregnancy has been applauded. Last year, pregnant models walked the ramp for Dolce & Gabbana at the Milan Fashion Week 2015. The show was called ‘Viva la mamma’ (Hurray for mothers). The Italian fashion house was celebrating motherhood. Models who walked the ramp were either mothers holding toddlers or pregnant.

According to She the People, for years, Indian women have been shy and awkward during their pregnancy. At the workplace, pregnant women face discrimination on account of their upcoming leaves. To the contrary, many women today, work till the very last day of their pregnancy. And yet our society continues to foster stereotypes attached to pregnant women. At Gaurang’s show, Carol who stole the limelight, broke all stereotypes and laid the foundation for a new trend.

Earlier, Think Change India published a story on fashion model Lauren Wasser who sported a prosthetic leg while walking down the ramp at The New York City Fashion Week.