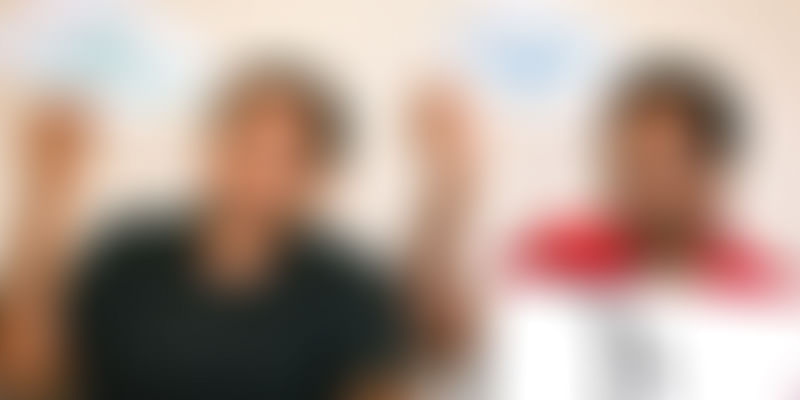 DocsApp, a mobile-only doctor consultation platform, announced on Thursday that it had raised $1.2 million in seed funding from Facebook’s angel investors Anand Rajaraman, Venky Harinarayan and Japanese Venture Capital firm Rebright Partners. With about 500 doctors and 3,000 labs in their network currently, the startup aims to utilise the funding to develop and expand their scale of operations, recruit talent and invest in technological advancement to better cater to their customers and partners.

DocsApp was founded in 2015 by IIT-Madras alumni - Satish Kannan and Enbasekar Dinadayalane at the IIT-Madras Research Park. Satish comes with prior experience in healthcare sector through his previous stint at Philips healthcare, while Enbasekar previously helped build technologies to identify blindness caused by diabetes. In its essence, DocsApp is a mobile medical consultation platform which provides consultation for patients over chat with estimated turnaround times of 30 minutes.

Patients can chat with the doctor and also share pictures and reports of the ailment with the doctors privately. DocsApp claims that their product has been designed to give the best experience to patients with complete privacy. So far majority of DocsApp users have come from major cities like Bengaluru, Delhi, ­NCR, Mumbai, Chennai and Hyderabad. DocsApp works on a revenue sharing model with their doctor partners and take a percentage on each transaction. End users can pay through their credit, debit cards or even deduct the amount from their mobile balance. Talking about the need for DocsApp, Satish (CEO), said,

It’s estimated that up to 70 percent of the most common health issues people face can be managed online. The patient doesn't need to travel to have a medical consultation. We want to bridge the gap between patients and doctors through this platform so that people can get expert consultation on demand. We believe that this will also help us take specialised care downstream to more remote areas across the country.​

Initially DocsApp had to educate potential doctor-partners about the benefits of signing up with them. After on-boarding a few doctors in Mumbai they found that word of mouth marketing was getting them more signups on a regular basis.

Dr Namrata Mishra (​MS Gynaecology, Mumbai) s​ays, “​People are still afraid to approach doctors to talk about their gynecological issues. I have seen that mobile consultations help people overcome this problem. In Gynecology, most of the problems can be handled through the app.​”

DocsApp has a pool of 500 doctors in the country who are available to connect with the patients for consultations. The startup estimates that with over 80,000 downloads, more than 15,000 patients take consultation using their platform every month. Talking about the gap in the Online Primary Healthcare space in India, Satish said,

​With close to 200 million smartphone users and with the increasing percentage of mobile network penetration into rural areas, Mobile phones have become the key medium of communication across the country. Taking advantage of this widespread network, our aim is to provide high quality primary healthcare services to people across India through our mobile application.

Over the course of a year, the Bengaluru-based health­tech startup has grown to a team of 36 members from leading colleges such as IIT, BITS and CMC Vellore. The app currently supports nine specialities including- gynaecology, psychiatry, dermatology, Paediatrics, Weight Management etc.

About their target audience Satish mentioned that - busy folks who can't visit doctors for minor ailments, users who want privacy when it comes to psychiatric or sexual inquiries and people living in smaller towns without easy access to doctors - form a major chunk of their user base.

In addition to consultation, for which DocsApp also provides local language support, users can also avail services such as- sample pick ups for lab tests from home and get medicines delivered in seven cities. The app also includes a 'Health Tips' section where doctors can share their advise and best practices with potential patients.

The investment round was led by Rebright Partners and ​Takeshi Ebihara, ​Founding General Partner of Rebright Partners, said, “​The team has a great understanding of the healthcare space and it is a scalable business model that can service millions of patients across India and South­East Asia.​”

The entire healthcare market in India is estimated to be worth around $80 billion, of which the online market is estimated to grow to around $42 billion in the coming years. Currently around four billion transactions happen in the healthcare sector every year In India. Talking about the market potential, Enbasekar (CTO) of DocsApp said:

​This sector has a huge potential and providing quality healthcare services will be the key to success. The quality part is of utmost importance and has to be looked at carefully. We make sure that the empanelment of doctors is carried out through a strict 3­ step verification process vetted by in­house specialist doctor, thereby providing a reliable service to our customers​.

Tencent-backed Practo and Accel-backed Portea are two big players in the healthcare space in India but neither of them have so far ventured into chat based consulting services yet. JustDoc, which provides consultancies over video or phone call recently raised seed funding from angels such as T.V.Mohandas Pai, Mohit Saxena (Co-founder InMobi), Raghunandan G (Co-founder TaxiForSure) and others. Then there is Lybrate, which had raised a $10.2 M Series A round from Tiger, Nexus and Ratan Tata in 2015, that also offers consultations over chat and video.