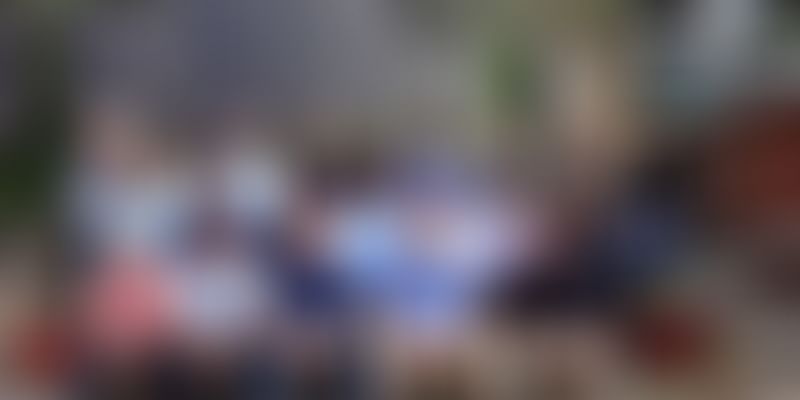 You may have a great product that may solve a pressing issue of millions of users, but as the head of a startup if you do not hustle, then your journey to success will be that much harder. Case in point would be Pravin Bhagwat and his ordeal to land McDonald's for his company, AirTight Networks (now Mojo Networks).

He and David King, the CEO, had taken a red-eye to Chicago after an excited call from their sales head. But they soon learnt that they did not even have an appointment to pitch their WiFi security product to the international food chain.

Their sales head laid it out for them:

“The deal is we haven’t got an appointment. The reason that I pulled you in was because I am going to tell them that the CEO and CTO are with me and that’s how I am going to get the foot in the door.” Getting that proverbial foot in the door proved to be quite crucial, as McDonald's soon became the company's first client.

A graduate from IIT Kanpur, Pravin was an unlikely entrepreneur. After his PhD, he began work at IBM Research and was part of a team that actually built the WiFi. It was at this time that he saw most of his peers and colleagues moving to Silicon Valley to start their businesses.

Pravin, too, felt the need to do something different, but he couldn’t move out of New York, as his wife was in medical school. However, by the time he was ready to move, the dot com bust had happened.

Pravin then contemplated setting up a technology startup in India.

“I felt that the whole chaotic existence of India is a very fertile ground for creativity. In the Valley everything is so smoothly running, you begin to wonder, what value you’re going to add,” he. And while there were several IT companies established in India at that time, they were more IT services based and not technology based.

So, Pravin returned to India and took up a job as a professor at IIT Kanpur. It was here that he hired his first set of employees and set up AirTight Networks, a WiFi technology company, in 2003.

Bridging the known and unknown gaps

Being part of the core team that built the WiFi, Pravin was aware of all of its flaws and the risks that one could face, so he decided to build a technology that actually helped secure the WiFi that one would use. His team, which he built at IIT Kanpur, went ahead and built the technology. But building a business needs money, so he set out with raising finances. Six to seven months into the process, Pravin realised that he kept hitting dead ends.

“I realised that advice is what you get when you look for funding,” adds Pravin. It was at this time that he realised the importance of having sound people with complementary skill sets on board. Soon he reached out to one of his friends in the Valley, Samir Palnitkar, who liked the idea and joined onboard. It was during this time, Pravin happened to meet Kiran Deshpande the then CEO of Tech Mahindra at a conference. In conversations, the duo hit it off and soon Pravin had his second co-founder onboard.

Since they were not able to attract funds in India, the team looked abroad to the Silicon Valley. Interestingly, they first acquired a COO. A fund that was willing to invest in the team, sent in David King, an external expert and a successful COO of a wireless company based in the Valley, to perform the due diligence. David’s very first piece of advice, which helped in the decision to take him on as CEO, was – “Don’t accept this term sheet, you can do better.”

Pravin says, “By then we had realised that while we had built the technology out of India, we would need a strong team out of US who understood the product to market and sell it. And in front of us we had somebody who had built an IPO company in the wireless space.”

By 2004, AirTight Networks had a base in California and Pune and a year-and-a-half later it raised a Series-A round of funding of $10 million from Trident Capital, Walden International, Granite Capital and Blueprint Ventures.

After their 20 minutes in McDonald's, the team knew they were here to say. The product worked better than the other alternatives the client had in his mind. To ensure that they make the most out of this deal, the team pulled all stops and put their best engineers on-site.

By 2009, the team had made WiFi securities a profitable business, and had raised three rounds of funding. However, the team realised that while everybody will be using WiFi, only a small segment was willing to pay for WiFi security. This included the people who are in defence or in high security zones.

After five years of effort, the team decided to regroup. One of the company's clients called to ask if they could convert the devices they had sold to them into WiFi access points as well. That was the push and WiFi access became a part of the portfolio. Now, their product works as a software switch, where one switch turns the device into a WiFi security spot and the other into a WiFi access point.

With large corporations in its portfolio, the company soon found managing from a central point to be a challenge. It, therefore, built a software platform to manage it all from the cloud in 2011, and calling it Mojo Networks this year.

“The team at Mojo Networks (formerly AirTight Networks) has a proven track record of innovation in the wireless space. Mojo has been the leader in wireless security and is now leading the way to next-gen cloud WiFi, a space that is about to witness explosive growth”.

The market of WiFi

According to a report by MarketsandMarkets, the WiFi market is said to be worth $33.6 billion by 2020. The Asia Pacific and Latin American regions are expected to grow at a CAGR of 22.6 percent and 20.2 percent respectively. The reasons cited are growth of Internet penetration, increased usage of smart devices and more purchasing power parity. Apart from Mojo, some of the top global players in the space include AT&T and Cisco.