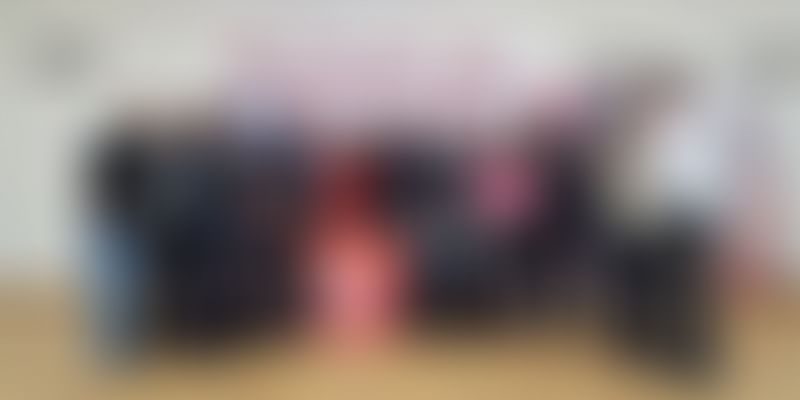 Shaffi Mather’s mother had to be rushed to the hospital after chocking in her sleep one night. In early 2000, there were hardly any emergency ambulance services available. Shook by the incident, Shaffi questioned as to why a reliable service like US’ 911 doesn’t exist in India? He decided to fix the problem. And in 2004, he co-founded Ziqitza Healthcare Limited, which started the chain of ‘1,298 ambulances’ – now operating in Mumbai, Bihar, Punjab, Rajasthan, and Kerala. So far, Ziqitza has transported over 50,00,000 people through its 1, 500 ambulances. Shaffi then co-founded Lifesupporters Institute of Health Sciences, which promotes emergency and critical care education modules to save lives by creating a cadre of trained professionals.

A serial entrepreneur, Shaffi is undoubtedly, a disruptor in the healthcare sector.

46-year old Shaffi isn’t going to stop. Two years ago, when he realised that a network of ambulances aren’t enough, given that an estimate of 6.25 billion people worldwide lack access to emergency response system, in an inexpensive and reliable way. And since healthcare is so critical, another game changer emerged. Mumbai-based MUrgency (One Global Emergency Response Network) is a healthcare mobile app that connects people who need emergency responses with qualified medical, safety, rescue, and assistance professionals.

Shaffi says that 90 per cent of the world’s population lacks timely medical assistance, which is the most critical factor in saving lives.

With MUrgency, all it will need is a tap on the smartphone, and emergency response will be available. By 2020, our vision is to make this service available to anyone, anytime, and anywhere.

On the supply side, MUrgency acts as an aggregator bringing together varied emergency services – doctors, nurses, paramedics, ambulances, and first-aid assistants – all on one platform. On the demand side, users can call for emergency medical response and assistance with just one tap on the mobile app. A notification will be sent to all the nearest emergency responders, allowing them to accept the demand and provide timely assistance. Furthermore, the app automatically alerts the patient’s family and/or friends who are registered as emergency contacts.

The cost for each response is Rs 350, of which Rs 280 is passed on the responder and the balance Rs 70 is kept by MUrgency. Going forward, Shaffi and his team are aiming to build a cross-subsidy model, where the “absolute poor can afford MUrgency’s services without having to pay.”

In addition, MUrgency has other features such as booking appointments with specialists, booking ambulances, home care, etc., along with an Emergency Maps feature, which helps in finding important locations without any hassle.

MUrgency also offers three services for women, which can be used during emergencies.

According to Sweta Mangal, Director, “The BodyGuard feature on the MUrgency app is getting a very positive response from women across the board. Designed to help women feel safe wherever you go, the app gets your friends or family to watch over you, with one tap. We believe that empowerment for women is the freedom to work, travel and live without fear.”

The app is free and currently available on both iOS and Android platforms.

Shaffi says, “Initially, getting the supply side in place was difficult as people naturally don’t trust a new player. But, we managed to create a competitive place, which is now automatically encouraging everyone else to join.” However, the company’s pilot in Israel was highly successful. Reacting to the field testing in Israel through the company’s partner, United Hatzaleh (a healthcare non-profit), Shaffi says,

In 2014, the app was used in over 2,45,000 incidents and managed to bring down the average response time from 8 to 12 minutes to roughly three minutes. Overall, more than 300, 000 emergencies have been responded to.

MUrgency was launched in February 2016 in Chandigarh, Mohali, and Panchkula. In less than two months, it has seen over 4, 300 downloads and has registered close to 350 emergency responders. Recently, a 29-year-old working woman twisted her ankle on her way to work and decided to try out MUrgency. She received a call from a doctor within three minutes stating that he was on his way. And in exactly seven minutes, he arrived at the spot to provide her timely first aid.

MUrgency has been well-received by both the demand and supply side, and is growing at 20 per cent week-on-week. Shaffi and his team plan to cover the entire state of Punjab by April 2016. Post this, their focus will be launching the services in Haryana and NCR by September 2016.

Recently, MUrgency was chosen as ‘Startup of the Year 2016’ by Startup Grind from a participant pool of 1,100 startups from 200 cities around the world. Shaffi’s dream of making MUrgency a global emergency responder by 2020 is indeed possible.