Nandan Nilekani has a BILLION likes in India, what’s next for him? 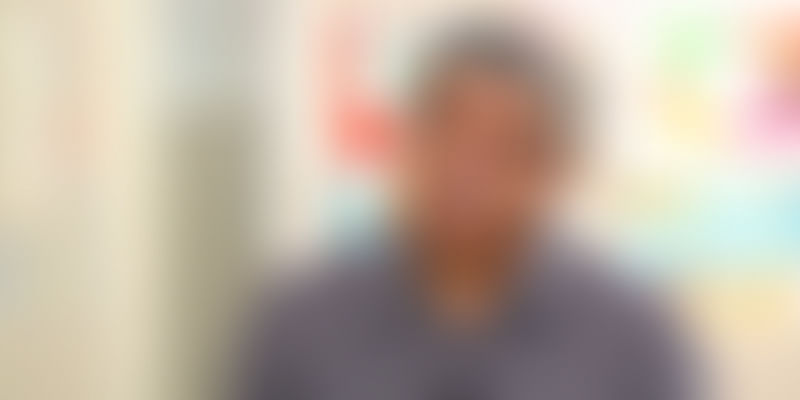 There are icons in India who have touched the lives of people with their industrious nature. One of them was the legendary engineer Sir M Visvesvaraya who built irrigation canals and dams, across the Indian sub-continent, bringing water to millions of people.

Every generation has people who want to use their industry to change lives for the better. Nandan Nilekani, the former CEO and co-Founder of the $9.5 billion Infosys, is one such man. He left Infosys in 2008 to build the largest database that the world has ever known. Called the Unique Identification Authority of India (UIDAI), it is a common platform on which each citizen can be identified by the government through a 12-digit unique identity number to provide subsidies.

Today, over 1 billion Indians have registered. Each registered citizen carries their biometric and demographic information in a card that ensures they avail government subsidies without any graft. In an interview with YourStory, Nandan Nilekani said that there are challenges in India, which are also opportunities for progress. He says startups should focus on leadership and design thinking. Here are some excerpts.

There are very few who compare with Sir M Visvesvaraya. How does it feel to touch the lives of a billion people?

I am moved by the statement, but in no way am I in the same league as Sir Visvesvaraya. What he did in his era was phenomenal. It was much larger than what I have achieved. UIDAI achieved 1 billion registrations because of technology and it scaled up rapidly. Technology made this easy.

Engineers of that era moved mountains to get things done with politicians and industry; they moved policy in their direction. What was your experience when you took over the UID project?

I had written about the need for a UID number in my book Reimagining India. The government was working on such a project in parallel. They invited me to join. It was a major challenge because I had to convince so many people about its merits. I met the Chief Ministers of every State, the banks, the oil and gas companies, the fertiliser companies and device vendors to evangelise the Aadhaar concept. It took me about fourteen months to spread the idea. I set up the technology team in Bangalore, like a startup, in 2009, and Delhi was the administrative office. Ram Sewak Sharma, a Jharkhand Cadre IAS office of the 1978 batch, joined me in the journey and helped run the project. We deliberately kept the tech team in Bangalore and kept them away from the politics of Delhi. Obviously, the engineering talent was in Bangalore and we knew that the technology had to be our strength if this project had to succeed. The first Aadhaar number was issued on September 29, 2010. It was in Nadurgaon in Maharashtra.

What can startups learn from your stint at Infosys and UID?

When we started Infosys, there were not many people who could become entrepreneurs. There was no exposure to the world around you. You should build businesses that last and are able to scale. It can be in the consumer business too. Startups today have access to capital and mentoring. But they need to have a design as to what they want to achieve. By design, I mean it is about their objectives for technology and business, which will also answer the question of scaling. I mentor many startups on leadership, design thinking, organisational value, and scale. Remember that not all startups will succeed. That said, innovation will be driven by small companies. The generation today are digital and their ability to change industry will be faster than what was achieved previously. Startups must remember that it is an era of building platforms (on which technology services are built) and not pipes.

A lot of expats worked in the UID project. Can you tell us more about the team?

There were several volunteers; Raj Mashruwala and Sanjay Jain were among those who came from Silicon Valley. It was a great team. The team comprised the best technologists from the US and India. They built an entire technology stack, ground up, in a matter of months. The database is hosted in 1000s of servers in two locations. It is by far the largest biometric database by order of ten. I think, at one level, everyone got the point that this platform could empower people. We started building the stack around delivering services on the mobile and were open to collaborations with startups. Iris and finger print authentication will change the way money is transferred through mobile phones. The Aadhaar numbers will be linked to these forms of authentication, which will again change systems by a factor of ten. The entire system was designed around open APIs and allows startups and companies to build on top of the platform. Apps are the future of delivering services and innovation is coming from startups. The UID program is a completely built for innovation to deliver social services.

You achieved a masterstroke when you became advisor to the National Payments Council of India. On one hand, you managed the largest database in the country, and now you want to change the way people transact. Would you want to comment on your role here at the NPCI?

The UID programme and the NPCI started around the same time. We were practically startups owned by several financial institutions. The objective was to get rid of the charges consumers incur while transacting on international payment platforms. There are billions of dollars floating through these systems, but it really is not inclusive. The broad theme is to make payments easier and here the mobile is the central form factor for transactions. This system, when linked to UID, is a powerful way of verifying payments for Indians.

I hear a lot of talk around smart cities. Different industries say different things. What is it really and how should it be implemented?

You are right, the smart city argument has several stakeholders and each one has their own take on what it is. No doubt, we have to modernise our cities and I have been involved in several smart city initiatives. One of interesting associations that I have is with the Indian Institute of Human Settlements, which conducts research on the evolution and improvement of human habitation. This Institution is also studying climate change. I am also part of an effort to set up a world-class university on urbanisation. Things are improving; a decade ago, I was part of a programme that later became the Jawaharlal Nehru Urban Renewal Mission. Now, the smart city programme has been announced, and there have been 100 cities selected as part of the programme. However, all these programmes have to be implemented efficiently for them to have any impact. Bangalore is a great example of a smart city. The Bangalore Traffic Police has a Network Operations Centre that manages the entire city. But not many realise that the pace at which the city is growing far outweighs the infrastructure that is being built. The city’s population is growing at an annual rate of 10 per cent, its vehicular population is growing by 22 per cent, and when you compare this with the growth of infrastructure, which is growing at 1 per cent, then we have a problem on our hands.

What is the India Stack as a layer on top of Aadhaar, and what are your thoughts on challenges that the Indian economy faces?

The India Stack as a layer on top of Aadhaar means that APIs will be opened up to startups to build apps, which will be built to deliver citizen services. The vision is to create a cashless, paperless, and “presence less” ecosystem in the country. There is a lot of pressure on policy and politicians to be accountable. However, policy is already making inroads and the India Stack will make India a paperless and cashless economy by enabling digital transactions. However, the digital divide in India should not be accentuated. It has to reach everyone. This is a challenge. Then, we have issues such as healthcare and education. There are water and sanitation problems that require the collective effort of all governments to solve for citizens and agriculture. Providing jobs will continue to be a challenge. But I am optimistic that services will continue to employ more individuals to service the local and global economy. There will be some manufacturing, and local language support for businesses will become prominent in a decade. No wonder you have companies like YourStory and FirstTouch (Indus operating system) making inroads in local languages.