I don't know. And I’m fine with that 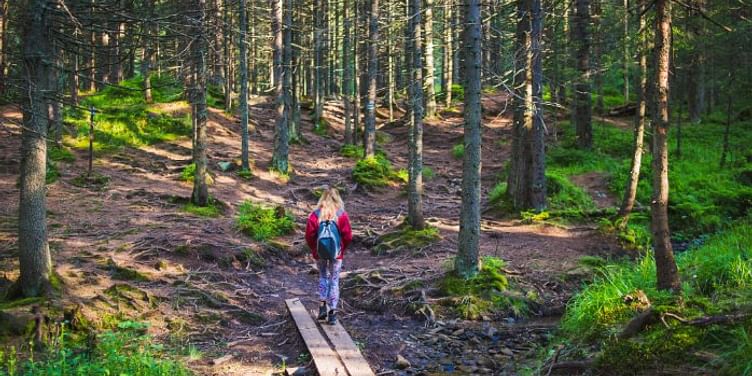 A little while back, I attended a semiconductor meet for CXOs at the Shangri-La hotel in Bangalore. By the time I entered the hall, a small, compact room, it was packed. Luckily, the event organizers got me a seat right in the front, close to the stage. Typically, when you’re late, you get the last row, if you’re lucky. Anyway, I sat down at the front to listen to a panel discussion, which had already started. The discussion was around the new trends in the semiconductor industry and how India is poised to take the jump. I smiled and readied myself to absorb all the knowledge and information flowing in from the experts in the area, an IIT Professor, few NRI industrialists and a corporate investor.

And then this happened.

I concentrated hard to try and understand the details of innovations in the semiconductor space, but I simply could not comprehend the details. I had no idea what the speaker was talking about. In simpler terms, it all went in one ear and out the other. Everyone around me was deeply absorbed and engaged, asking questions, nodding, smiling, etc. So instead of looking at everyone else I decided it was safer to look at the panelists on stage. But given how close I was to the stage in that small room, I was left with no option but to go back to trying to comprehend what was being said. Again, it all went over my head. Some of the panelists, when they made a point, looked straight at me. Eye-to-eye contact! I know the importance of that, because I do the same thing when I am on stage, and, so as an attentive member of the audience I smiled and nodded. And then felt like a downright idiot, more so than before. The more the panelists looked at me, the more I smiled, and the more stupid I felt. God, why wasn’t I smart enough to pick up what they were saying, understand just a little bit maybe! Hadn’t I come to this particular event just to understand the semiconductor space a little better? Could the panelist make out the aberration in the hall (me)? Were they looking at me wondering why someone like me was even attending? Is she getting any of it? Of course, these may have been flights of fancy on my part. But you know how you think all kinds of crazy, paranoid thoughts when you feel like you’re not the smart person in the room and don’t deserve a place in exulted company.

Much to my relief, the panel discussion finally ended, soon followed by the vote of thanks. People got up to network. I did the same, a little too consciously. At most such events, you can see me blabbering away to glory; here I went to a corner and wondered what to do next. Suddenly, two people I knew came over to say hello and offered me to introduce me to the entrepreneurs in the room. Finally, something I could do, and do well: talk to entrepreneurs, I don’t get semi-conductors, but I do get entrepreneurs. And the more I met semiconductor entrepreneurs (and mind you they aren’t anything like our hotshot B2C guys; they’re a quiet breed) the more my confidence started coming back. The entrepreneurs wanted to tell their stories. They wanted to be heard and wanted to know: why not my story? Why are you guys interested in only B2C/e-commerce stories? I will leave that conversation and my answers for another story. But here I was, back to listening. People started gathering around me, and I started feeling assured. I could do this well. I could listen.

Walking back from the event, I thought about this incident and then about the one I had faced at the Women’s Day event and then so many, many more events and meetings almost every day.

At the Women’s Day conference we did this year in Delhi, we had the brightest, most outstanding women entrepreneurs and aspiring entrepreneurs coming to the event to learn the nuances of running a business. The more expert speakers came on stage and talked about funding, valuation, structuring, financial modeling and got deeper into the nitty-gritty which, mind you, might be commonplace for them, but I could see it wasn’t making sense to many of the attendees. Most of them raised hands to ask: I am not an expert in finance, so will I be able to do it? I am no expert in tech; can I build a tech business? I don’t know about valuation, and the fund-raising process; will I be able to raise funding and at the right valuation?

My reply to them was this: I have been writing about funding, listening to fund-raising stories of all kinds, and until I raised my first round of funding last August, I did not know what fund-raising actually meant. I was living in the world of stories, and I could do all kinds of intellectual theorizing on every aspect of it. And I did a great job. Hit in real life with the term-sheet, the clauses, the SHA and everything between the lines, above the lines, beyond the fine print…I learned all that as a crash course when it happened. When it happens to you, you learn it on the job. You have no option but to learn it, understand what you need to understand and the rest you delegate it to the lawyers and accountants. I understood what was essential, what I wanted in the deal, and what I did not want at a fundamental level, and the rest I left to the lawyers to haggle, negotiate and spend time on incessant meetings and phone calls.

Did I need to know everything? Not at all. Did I rely on the experts whom I had hired (and was going to pay a whole lot of money by my standards) to do the job that they are good at? Yes, yes and yes.

This gets me to the question of knowing and not knowing. In a world where we are surrounded by experts and know-it-alls, do we need to be the ones who know most things to be a successful entrepreneur or professional? I don’t think so. Not knowing and knowing that I don’t know is a great boon, actually. Most often, we stumble the most when we try to do everything and respond to every question. It’s liberating to say, “I don’t know, why don’t you explain it to me?”

Do it. It’s one of the coolest things you could do. After all, aren’t we surrounded by people who know it all? By saying we don’t know, we might just be the unique ones who acknowledge that we don’t know it all.

To startups, I would say go ahead and hire the experts who know what needs to be known and then let them do their job. This year, I am doing it in my company. I have hired the best team leads, and I am going to sit back and relax (okay, that might be a bit of a stretch as many of you reading this might know me :-) ) and experience the experts display their expertise.

And talking of expertise, in my last job at CNBC, my boss was an interesting guy. Before going for meetings that he and I attended together, he would ask me to prepare all the material on the company we were meeting. And when we were at such meetings, he would always ask: could you please explain to me what do you do? He used to break it down and ask questions till he got to the exact working model of the company. I often thought his questions were dumb. At other times, I would get upset – didn’t he trust the background material I had sent him on the company? Why was he asking questions like a student, line by line about what the company did as if he had to know it well enough to explain it to a child. And soon I realized, the whole unprejudiced mind-set that he brought to the table, the ability to understand exactly what the company did in the most simplistic way, was the biggest value he brought to the meeting. He learned it from the guys who were running the business with an open mind to be able to come back with the best solution for them. He did not go to the meeting with the tag of an MD; he went not knowing and with the eagerness to know correctly.

Think about it, how many times we interact with each other, make assumptions, to the point of knowing so much about a person, a company, business, or for that matter anything, without actually knowing it in a real, basic and simple way.

Every day, be it media, experts, investors, or colleagues, people make assumptions about you. Every day, people seem to know a lot about you, to the point it becomes ridiculously funny. Let's do each other a favor: let’s passionately embrace with fervor and pride, not knowing, not having all the answers, and not forming an opinion without giving the other person a chance to explain. It’s liberating; it’s magical. What I know for sure is that if you practice this, you will build the most outstanding relationships, win the most outstanding deals, and will have the most outstanding support coming from all quarters.

And like they say, in losing, sometimes you win. Similarly, in not knowing, you sometimes build an opportunity to know it all.

Read more from this author:

Why we shy away from saying ‘I love you’