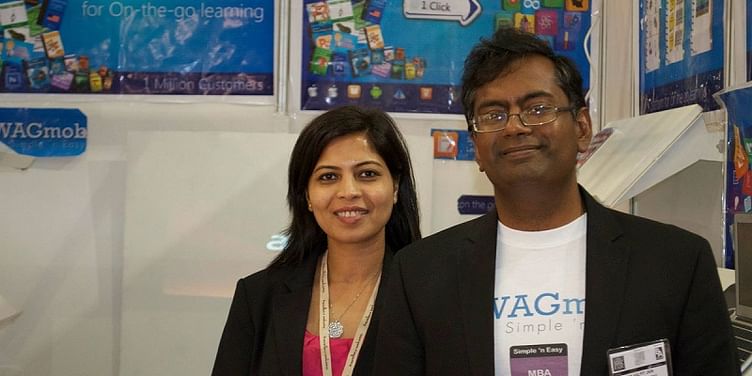 Sales University, popularly known as WAGmob, has been acquired by online learning platform EdCast. This is the seventh Microsoft Ventures portfolio company to be acquired. The details of the acquisition were undisclosed.

A 2014 YourStory TechSparks Tech30 company, WAGmob was started by Kalpit and Kavita Jain in 2010 as WAGmob out of Indore. WAGmob was part of the 2015 Accelerator Programme of Microsoft. The duo started out by focusing on building consumer apps in the field of education.

Today, WAGmob is used by over 100,000 sales people and Fortune 500 companies. Ravi Narayan, Director of Microsoft Ventures, said that WAGmob was an interesting company with an India backend out of a Tier II city and a global market presence. He added in the press statement that the company had already tapped world-class trainers to train sales professionals worldwide with superior tech built out of India.

He said that Microsoft Ventures has helped them with sales expansions, in building high quality tech that can serve the global enterprise market.

Kalpit, Co-founder and CEO of WAGmob, said they are excited to be a part of EdCast as they lead the new category of Knowledge Network for enterprises across different verticals and job functions.

The market of education

WAGmob is the first acquisition for EdCast after it closed a Series B round of funding of $16 million in April last year. Reports by Franchise India suggest that by 2020, India would possibly have the second largest graduate talent pipeline globally and Edutech currently is a $90 billion market growing at CAGR of 15 percent.

India is believed to be at the center of this revolution in learning with the eLearning market projected to grow at 18 percent CAGR according to Bloomberg. This growth rate is twice the global average.

India has the largest college-going population and one of the largest higher education systems in the world. Today there are several players in the market, including UpGrad, Simplilearn, Byjus, Edurekha and Vedantu.