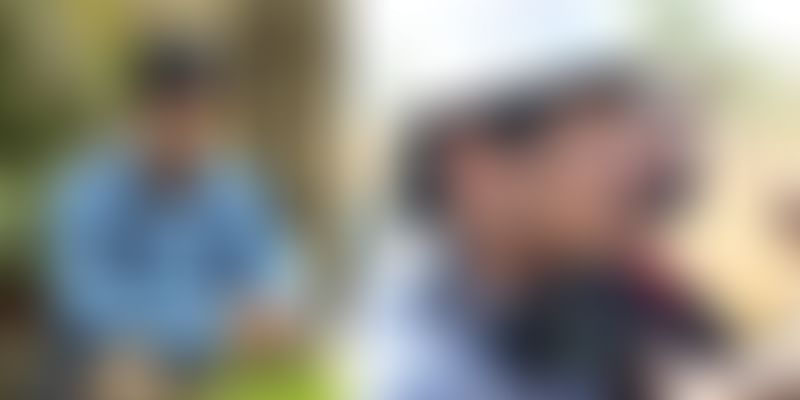 Thithi, is a film by Raam Reddy (the grandson of the first Chief Minister of Karnataka, K.C. Reddy). Its award- winning journey began when it bagged the Best Film award at the Work-in-Progress Fiction Lab of National Film Development Corporation’s Film Bazaar. The film bagged the Best Kannada Film Award at 63rd National Awards of the country. Between November 14, 2015 and March 2016, Thithi has bagged as many as seven awards including two prestigious awards at Locarno-the oldest film festival in the world. But this story is not about the movie-it’s about the assistant director and co-scriptwriter of the film, Ere Gowda.

According to The Hindu, Ere, is the co-script writer, director of second unit, art and casting director, besides being line producer in official capacity. In one sense, as Raam describes, Ere, is the backbone of the entire production. While Raam studied at St. Stephen’s College in Delhi and learnt film making in Prague, Ere, became a writer in his own right. The journey of Ere Gowda stands as an example for those who want to make films with passion.

“I am from Nodekopplu village in K.R. Nagar taluk of Mandya district. I studied up to SSLC in my village. Despite being a bright student in class, I could not continue my studies because of family issues. My mother was diagnosed with cancer when I was in the 10th standard and there was no financial support to treat her. I decided to quit studies and started working as a security guard in Mysore. Sometimes I worked three shifts to meet my mother’s medical expenses. My earnings were meagre compared to the medical bills. At this juncture, a well wisher suggested that I go to Bangalore where wages were higher,” Ere told The Hindu.

“In 2000, I came to Bengaluru and started working in a firm run by Raam’s father as a security guard. I was 18 years old, and Raam was only 11. We became friends and played together. When my mother succumbed to cancer, I decided to quit the job and return to Nodekopplu. But Raam did not allow me to leave and got me appointed as an office assistant in his mother, Anitha Reddy’s office. I learnt the basics of computer without anybody’s help. Support extended by Anitha Madam has helped me reach where I am today,” said Ere.

“I used to accompany Anitha madam, documenting her activities as a social activist. The medium of visuals became my obsession. At this juncture, Raam returned to Bangalore. Both of us decided to make films together. We did Ika (Feather), a short Telugu film together. Response to that instilled confidence in us, as it got selected for various International Film Festivals and bagged prestigious awards,” narrated Ere.