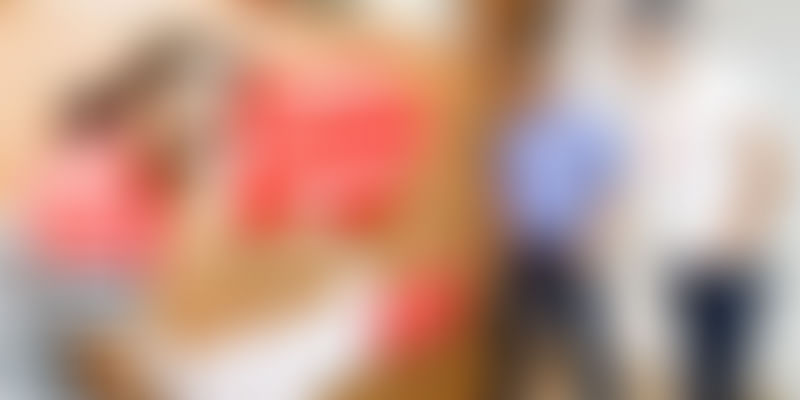 Over the past few decades there has been a gradual change in how most people define happiness, shifting from materialism (seeking temporal possessions) to a growing demand for real-life experiences. Research suggests that a vast majority of millennials find more happiness in creating, sharing and capturing memories earned through experiences.

According to a recent study by Eventbrite, three in four millennials (78 percent) would choose to spend money on a desirable experience or event over buying physical goods. Another big factor driving this change is the ‘fear of missing out’(FOMO). In a world where life experiences are broadcasted across social media channels, the fear of missing out drives millennials to go out for different experiences more often.

Headout, a last-minute mobile marketplace for tours, activities and experiences, aims to leverage the global ‘on-demand experience economy’. It has paid off: the startup claims to have grown 16x in revenue in the last six months.

Varun Khona, Vikramjit Singh and Suren Sultania initially founded Tourlandish in 2013. The startup was a result of the founders' collective annoyance whilst planning a trip to Europe. They had to spend a lot of time Googling, calling and emailing multiple parties, instead of enjoying the trip.

Unfortunately Tourlandish didn't take off as expected. But in late 2014, the same team founded Headout in USA. The startup grew from a team of five to 30 in 1.5 years, and is currently spread out in multiple cities around the world- San Francisco, Bengaluru and Dubai. While the Indian office includes the engineering and operations teams, San Francisco and Dubai make up its marketing, sales and business development backbone.

Over the past year, Headout has expanded to 10 cities- New York, Las Vegas, San Francisco, Hawaii, Los Angeles, Chicago, Miami, Orlando, Dubai and Abu Dhabi. It is looking to have its presence in 30 cities within the next year.

Managing supply and demand while scaling up

Headout helps locals and tourists in a city discover unique experiences around them and book tickets at the best possible prices for those events. Headout ties up with local businesses and on-boards all the service providers onto its platform. Through the vendor-facing app these businesses can manage their inventory and dynamically adjust prices based on demand. Tourists or locals can discover experiences in their city in real time and directly book them at the last moment through Headout’s customer-facing app.

Varun admitted that managing this at scale in multiple cities was not easy as it required a specialised approach. He explained,

We have a ‘city launch playbook’ which outlines some specific guidelines to figure out the best approach for each city. Our investors were instrumental in helping us with this.

In addition to market research and conversing with different tourism boards, Headout’s on-ground team carries out in-depth surveys and interacts with vendors and local population before launching in a new city. Each new city brings its own set of challenges. In Dubai, for example, they found that the vendors (supply side)were not very tech-savvy and so Headout allows their partner vendors to accept bookings through SMS, emails and phone, instead of just through its app.

Headout discoverd the sweet spot to be the tech-savvy urban youth, in the 22-35 age group. It is currently accessible both on mobile web and app. Would Headout consider unbundling its app for tourists and locals? After all, intentions differ, with tourists generally looking for overall experiences, while locals preferring in-depth ones. Varun said,

There are benefits to unbundling, for sure, but lots of users utilise our platform in both contexts. Unbundling may complicate user-acquisition at scale, so we currently have no intentions to unbundle Headout.

Challenges, and overcoming them

In their journey so far, Varun considered hiring right and maintaining effective communication channels to be the two big challenges they had to keep their eyes on. While growing rapidly in multiple cities, it can be challenging to find good employees in quick time frames. Varun added,

Startups are generally prone to making bad hires as they don’t want to cost the company speed. But we resisted the urge to do that and have maintained a lean team. Also, just throwing headcount at a problem doesn’t solve it.

Then there are the issues with managing a distributed workforce spread over different cities and time zones. So to keep everyone on the same page Headout has a ‘roundtable meeting’ with employees of all cities dialling in on every Monday. They also rely on Slack and prefer face-to-face or telephonic conversations instead of internal emails.

Over the next six months, Headout aims to launch in around 15 cities across Europe and then launch in a few Asian cities including Singapore, Hong Kong, Bangkok etc. On plans for India, Varun said,

We are closely observing the Indian market and plan to launch here in first half of 2017, but there are no concrete plans yet.

Going forward, Headout aims to better understand usage patterns and personalise experiences based on user preferences and history. Varun said, “At the end of the day, you can look at it as a matchmaking process, where we need to understand the users emotions and needs to recommend appropriate experiences.”

Headout is currently hiring data scientists for its San Francisco and Bengaluru office to help them achieve their long-term vision. They also have open positions for software engineers, product managers and a few other roles. While Uber and other travel aggregators have revolutionised the ‘on-demand travel’ space, the logical next step is to book 'on-demand experiences', as it is difficult to plan ahead in such cases. It will be interesting to see how this sector plays out in the next few years.

You can check out Headout and download their app here