How to lead Khaleesi style - What we can learn from GoT’s Mother of Dragons, Daenerys Targaryen 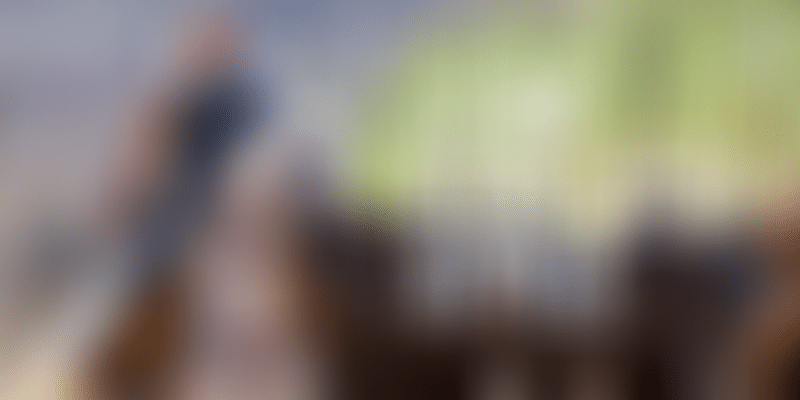 We often look up to real-life figures and leaders for inspiration, but, ever so often, fiction gives us some powerful characters who blaze through the pages of our books and our television screens to not only entertain but also inspire.

With catch phrases such as ‘The man who passes the sentence should swing the sword’ and ‘When you play the Game of Thrones, you win or you die’ it’s no wonder that the TV series, adapted from George RR Martin’s eponymous books, resonates even with the startup ecosystem.

One of the primary characters is Khaleesi or Daenerys Stormborn, who is introduced as ‘The First of Her Name’; ‘The Unburnt’; ‘Queen of Meereen’; ‘Queen of the Andals and the Rhoynar and the First Men’; ‘Khaleesi of the Great Grass Sea’; ‘Breaker of Chains’; and ‘Mother of Dragons’.

She is courageous, if not fearless; she is cautious, but a risk taker, and she is powerful, yet compassionate. She is a Queen without a kingdom, but driven by the dream to rule the seven kingdoms.

As a woman and a leader, who plans to follow her dreams, there are some important lessons all of us can learn from the Khaleesi:

As an entrepreneur, often only you can see the vision, however outlandish or improbable it may be. You may find yourself alone and unable to share it with anyone. It is your vision and your goal and therefore, you should not lose hope. Believe in yourself and hold on to your goal and your vision to accomplish it, for it will take you far.

Khaleesi’s firm belief that she was indestructible by fire saw her walk into a pyre with three dragon eggs. She walked out unscathed with newly hatched dragons to the astonishment of those who witnessed the event.

Khaleesi knew what she was doing, and it was only her belief in her vision that carried her forward.

As a leader, it is essential to have followers who are invested in you. These could be employees, and senior management or people in the ecosystem, who believe in you and what you personally stand for.

Leaders driven by a purity of purpose are always able to invoke loyalty. As a leader, if your mission is to impact lives and make a change, then it is a cause that can easily motivate others to act. Khaleesi wanted to free slaves and give them freedom to chose what they wanted. Khaleesi’s persona appealed to men like Ser Jorah, Daario Naharis and Barristan Selmy. The latter’s statement to Jorah Mormont says it all-

“I’ve burned away my years fighting for terrible kings…a man of honor keeps his vows, even if he’s serving a drunk or a lunatic. Just once in my life, before it’s over, I want to know what it’s like to serve with pride, to fight for someone I believe in.”

As a leader, you have to be able to spot talent despite your reservations, or what you may have heard about a person. Be it the leader of the Second Son, Daario Naharis, who serves as one of the commanders, or Missandei, who is an interpreter, trusted advisor and handmaiden of Khaleesi, she banks on them despite their history and where they come from and who or what they were in the past. Even with Tyrion Lannister, and Lord Varys, who come from a different Kingdom and an enemy camp, she recognises their importance and the value they bring to her decisions and her rule, and accepts them into the fold.

Things will not always be in your favour, and sometimes you may feel very far away from your goal. People you trusted may not be there for you and things may not work according to your plans. In the face of such a situation, your challenges may feel colossal and difficult to overcome. But patience, resilience, and determination will hold you in good stead. Khaleesi had ridden that wave when she was first married off to Khal Drogo. Upon his death, she had to lead her people to a safe place and she even faced a rebellion at Meereen and had been captured by the Dothraki. In situations such as these, she has shown courage, did not give up hope hope and was determined to get back on the road to her goals.

Khaleesi’s character is an inspiration not only to leaders, but to each of us who want to follow our dreams. And Khaleesi’s fitting response to Tyrion Lannister’s remark –“ It’s a beautiful dream, stopping the wheel. You’re not the first person who’s ever dreamt it,” says it all –

I’m not going to stop the wheel, I’m going to break the wheel.