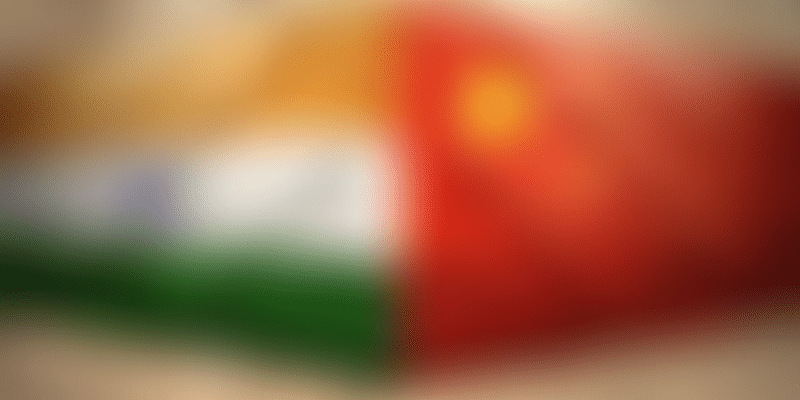 They are two of the world’s most populous countries and potentially the biggest consumer markets. However, India’s powerful and influential neighbour, China, is aeons ahead in marketing its products.

But why is there such a gap between two of earth’s oldest civilisations? Both were once the richest countries before suffering the ravages of colonisation. Both seized the advantages of economic liberalisation, though China got there more than a decade earlier.

Both countries have the advantage of a youthful and potentially spending population. But are Indian and Chinese markets alike? An analysis of key aspects seems to provide the answer no.

Let us examine why by looking at today’s disruptions. While Indian startups were drawing inspiration from their American counterparts till 2011, they began experiencing a kinship with the Chinese market post-2012. Attend any startup conference or read any promising startup story and you’re bound to be struck by the significant correlation between Chinese conglomerates and markets when it comes to business model, market size, consumer behaviour and so on.

You rarely see this in India. Why? “India is not going to emulate the Chinese or any other country,” observes K.Vaitheeswaran. Vaitheeswarsn used to run India's first e-commerce venture - Indiaplaza. He explains that for instance, after liberalisation, a wave of MNCs (Kellogg’s, Microsoft, Coca-Cola,etc.) flooded the Indian market anticipating that the growing middle class would straightaway imitate the aspirational behaviour of the American market.

To their chagrin, they found they had overestimated the Indian consumer. Later, these brands found success when they crafted India-specific strategies, he points out.

And curiously, other global heavyweights such as Amazon and Uber have had different experiences in both the markets. So far, the two giants have failed to attain pole position in the Chinese market while in India, they seem to be gaining the upperhand over homegrown competitors.

According to publicly available data, Amazon has less than two percent of market share while Uber has bled more than US$1 billion to fight DidiKuaidi in China. And Uber claims to have about 35 per cent of the market share there but its competitors deride this as wildly exaggerated and it’s only half that.

In contrast, Amazon and Uber launched in India in 2013 and they appear to be doing exceptionally well. Travis Kalanick, co-founder and CEO of Uber, said in January this year that Uber had grown by 1,000 per cent (during January 2015 – January 2016) in India. Currently it claims to have over 40 per cent market share in the on-demand cab segment.

The Chinese digital fabric is completely different from India, with the former making the world sit up and notice its over a dozen, formidably sized, consumer Internet companies. Gigantic entities such as Baidu, Taobao, Weibo, Alibaba and Tencent are offering viable – and profitable -- alternatives to products like Google, Facebook, Twitter, Amazon and the like.

In contrast, India doesn’t have a single consumer Internet success to boast. We don’t have alternatives to Google, Facebook, Twitter amongst several others. Kashyap Deorah, Co-Founder, Hypertrack, and aspiring author, says:

China is different (but) India is unique and (things are) going to pan out differently. We will figure out our own way which is not like either China or the US.

The Indian market is complicated by the language barrier,which doesn’t exist in China. While our neighbouring giant has a single, uniform, official language across the country, we have 22 major languages. “So far, English is driving the growth of consumer Internet companies in India; but scale will only come with participation of non-English-speaking population in India,” says Li Jian, CEO, DraPhant.

The language barrier is a tough nut to crack for Indian consumer Internet companies.

Having a uniform language across the country provides opportunities and instant reach to companies in one go. As Manu Aggarwal, Founder and CEO, Naaptol, points out,

Despite technological advancements, Europe has failed to produce any tech product (on the lines of Google, Facebook, etc.) for the continent. This is largely because the continent speaks multiple languages.

Online retail’s share in India is less than two per cent of the overall market in India and it’s slated to go up to only about seven per cent by 2020. Currently, organised retail contributes anywhere between seven to eight per cent of overall retail in India and it’s expected to double in the next four years. At present, India is estimated to have some 50 million online shoppers, which points to a little over 4 per cent of total consumer demand.

In contrast, according to a report issued by China Internet Network Information Centre, online shopping accounts for 20 per cent of all consumer demand there.

“Chinese have affinity to online buying but urban Indians still prefer offline shopping for varied reasons, including touch-and-feel and the entertainment quotient attached with offline shopping. This is not going to change even by 2020. The debacle of on-demand startups proves that Indians still don’t have strong appetite for app-based shopping,” says Rahul Sethi, who has been associated with Internet biggies like Baaze, eBay and Ibibo group for over 15 years. He lead management, categories and marketing functions in aforementioned companies.

Infra has a long way to go in India

A crucial element in all this is infrastructure. The Chinese government has a sharp focus on creating conducive infrastructure to online businesses. For an instance, its citizens aren’t allowed to own land; they only have land usage rights for an agreed upon, but limited, period.

This essentially eliminates the complexities in land acquisition to create infrastructure like laying optical fibre, supply chain and so on. However, in India, land acquisition is a headache for the government as well as companies.

Remember, how Tata had to fight political forces as well as residents in Singur (West Bengal) while looking for land for its Nano plant?Moreover, Indian business has been waiting for over six years for a uniform General Service Tax (GST), which has been hanging fire in Parliament. Robert Bu, GM of UC Web in India observes:

India has poor infrastructure compared to the China and, for me, this is the biggest difference besides language and other barriers.

While poor infrastructure is definitely an issue, it can work the other way round too. For instance, this is actually driving smaller markets online, markets that don’t have access to the malls and other retail spaces metros have.

Similarly, IRCTC is a classic example of online options available to atypical consumers. Instead of those endless waits and lost tempers at railway counters, lakhs across the country go online and book tickets in the comfort of their homes or cyber cafés.

When it comes to purchasing power and per capita income, India is far behind China. As per World Bank data, the Gross National Income per capita in India and China stood at $5,640 and $13,130 respectively in 2014.

World Bank projections estimate that Indian economy will grow at the rate of 7.8 per cent in 2016 and 7.9 per cent in the next two years. However, maintaining this pace will be not easy in the wake of global economic uncertainties and contingent liabilities from the infrastructure sector.

Moreover, implementing the Seventh Pay Commission report is bound to take a toll on the country’s finances. Amit Jain of CarDekho says:

China witnessed massive growth on the back of improved disposable incomes. High per capita income drives the scale and profit of any business, including e-commerce. In categories like automobiles, India is unlikely to surpass even by 2022 the current volume of (new) cars sold in China. I don’t see India emulating the Chinese path in ecommerce.

According to this report - China is India’s largest trading manufacturer – but export to China from India was only worth $14.8 billion, whereas that from China to India was $51 billion in 2015. China’s manufacturers captured nearly 45 percent of the global growth in manufacturing exports from low-cost countries between 2001 and 2010, whereas India accounted for a paltry five percent (source).

Another crucial element is Chinese enterprise. Indians did not discover the Chinese markets; it was the other way round. The Chinese discovered that to keep growing, their best hope was to grow in India as western markets are not growing anymore, and have strong entrenched players. So they started investing in India. This has made Indian startups pivot to access Chinese funds.

So what does the future hold for fledgling Indian startup enterprises? The answer is that the Indian ecosystem, being a different beast than the Chinese, certainly requires mentorship, capital and consistent support, from the government, people, and yes, even the Chinese.