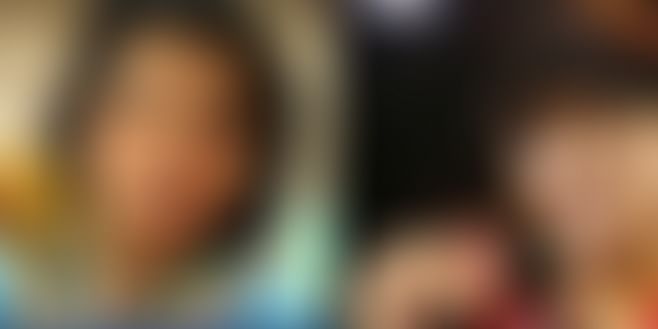 Vinesh Phogat clinched a gold as she and Sakshi Malik have secured Rio Games berths in their respective weight divisions at the second World Olympic Qualifying tournament in a historic feat of two Indian women wrestlers qualifying for Olympics for the first time.

While Vinesh won a gold in 48kg category, Sakshi bagged a silver in 58kg class as they booked a Rio Games quota place each for the country. This is the first time two women wrestlers from India have qualified for the Olympics. At 2012 London Games, Geeta Phogat was the lone Indian female grappler in the fray.

In fact, this is the first time that India will be represented in all three formats – Men’s freestyle, Female wrestling and Greco-Roman at the Olympics. Even before bagging the medals, Vinesh and Sakshi had qualified for Rio Games by virtue of reaching the finals of their weight divisions on the second day of the competition.

The ongoing competition here is the last qualification event for the Rio Games and only the top two finishers in each weight category are ensured of an Olympic quota place. With the two quota places today, India has so far grabbed six Olympic berths in wrestling. It was a commendable performance from Vinesh, considering that she managed to put behind the disappointment of getting disqualified at the previous qualifying event in Mongolia for being 400 gm overweight.

Let off with a warning after she had assured the Wrestling Federation of India of acquiring an Olympic berth for the country in her weight category in this tournament, Vinesh fulfilled her promise. She not only succeeded in bringing her weight under control but also came up with an impressive show en route the final to grab a place for Rio Olympics. Vinesh was overjoyed at having clinched the coveted quota for the Olympic Games and said,

Going to Olympics has been my dream right from day I started wrestling. I’m glad I could achieve that today. It wasn’t an easy journey. I had to quickly cast aside whatever happened in Mongolia and concentrate on the task at hand. I knew this was my last chance and I think I just put everything I had into making sure that I sealed that quota and proved myself, she added.

We had been training quite intensively in Bulgaria and I was making sure that I was mentally prepared for the pressure that this competition brought. I was in good rhythm after my opening bout and I just continued to do what I was doing. It was a matter of keeping my composure in the last minute of my semifinal bout against the Chinese wrestler. I am happy that I managed to hold on, said Sakshi.

It was a cake walk for Vinesh in the early rounds as she thrashed Nataliya Pulkovska of Ukraine 10-0 in her qualification bout before defeating France’s Julie Martine Sabatie 11-0 in the pre-quarterfinal fight.

The 21-year-old Indian continued her dominating show, beating Yumi Lee of Korea 11-1 in the quarterfinal and Evin Demirhan of Turkey 12-2 in the semifinals to reach the gold-medal round rather comfortably. In the final also, Vinesh showed her prowess as she defeated Poland’s Iwona Nina Matkowska 6-0 to finish on top.

Sakshi, who replaced Geeta Phogat in 58kg after the veteran wrestler was handed a temporary suspension for forfeiting her bout in the previous qualifying tournament, also justified her inclusion. She got the better of Irene Garcia Garrido of Spain 10-0, followed by Zhydachevska Kateryna of Romania 12-2 in the quarterfinals and then beat China’s Lan Zhang in a closely-fought semifinal to make the final and book an Olympic berth.

23-year-old Indian, however, lost her final bout 3-7 against Valeria Koblova Zholobova of Russia to settle for the silver. In 63kg, Shilpi Sheron lost her bronze-medal bout against Nathaly Josefina Griman Herrera of Venezuela. She had managed to reach the bronze-medal round after winning her repechage bout against Leidy Marcela Izquierdo Mendez 4-6 by fall verdict.

Although, Shilpi had lost her pre-quarterfinals bout against Sweden’s Henna Katarina Johansson, she got lucky to get an opportunity to fight in the repechage round as her Swedish opponent made the final. However, the remaining three Indian girls in the fray today — Lalita (53kg), Geetika Jakhar (69kg) and Kiran (75kg) — bowed out of the competition in the initial stages.

While Lalita, who replaced suspended Babita Kumari, crashed out in the qualification round itself after going down to Natalia Budu 2-4, Geetika bowed out in the pre-quarterfinal after losing to Tamyra Mariama Mensah of USA 0-5 and Kiran was defeated by Gozal Zutova of Azerbaijan 0-2 in the qualifiers.