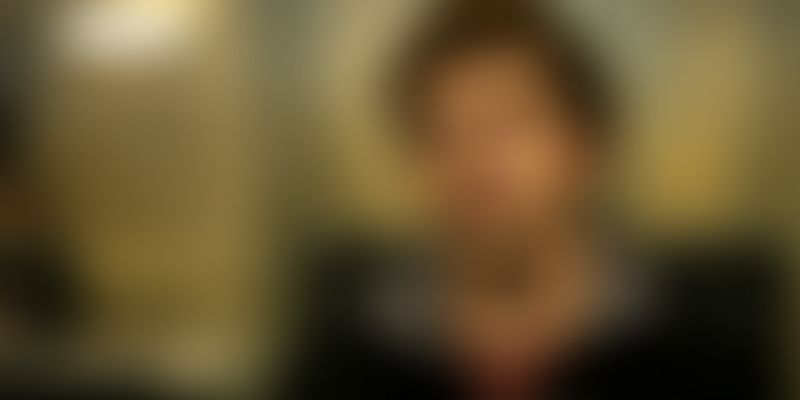 Cinema has always provided us with the much-needed escape from reality. A good movie manages to excite and engage us, and the right one does much more.

It’s easy to get sucked into the decadence of a corporate lifestyle. The money, the perks, the limitless demand and the greater supply. But if you’re someone who’s looking for just the right amount of push, don’t worry, we’ve got you!

We are always inspired by success stories of contemporary legends that make us believe there’s light at the end of the tunnel. We heart the stories of those who created an empire out of nothing or those who abandoned the corporate world to build a lineage of their own . So here are 5 iconic films that will inspire you to follow your dreams and create your own brand. Without further ado: Lights! Camera! Action!

“Ma'am, I know you've done your homework and so you know that money isn't a big part of my life, but at the moment I could buy Mt. Auburn Street, take the Phoenix Club, and turn it into my ping-pong room.”

The extraordinary tale of the world’s youngest billionaire, The Social Network, revolves around the one and only Mark Zuckerberg, the creator of Facebook. The movie begins with a young Zuckerberg, still in Harvard, laying out his plan for a ‘social networking site’ and chronicles his journey of driving Facebook into a global success. The movie explores the spirals of the life of a young entrepreneur, who had a billion-dollar idea and how, against all odds and fraught with social and legal controversies, he made it happen.

Steve Jobs is a legend who is an inspiration to generations. This unauthorised documentary on Jobs, CEO, co-founder and chairman of Apple Inc., is the epitome of inspiration for young, enthusiastic entrepreneurs, who probably grew up with his poster on their walls. It traces his life in the counterculture of the 60s, which he was greatly influenced by. Here, Jobs is presented as a marketeer more than a tech wizard. The film shows his resource-allocation power, his infinite passion that drew others to the company and his superior executive skills that made Apple what it is today. He, too, had one great idea, and with it, he managed to run a billion-dollar industry.

“Stop going for the easy buck and start producing something with your life. Create, instead of living off the buying and selling of others.”

This is the story of a young and passionate stockbroker, Bud Fox, who toed the line in too many wrong places to work his way to the top. He is taken under the wing by Gordon Gekko, a ruthless corporate raider, who will stop at nothing to accumulate wealth and power. Gordon manages to corrupt and manipulate Bud to the extent that the latter trades on illegal inside information for him. This movie goes to show how easy it is to get swayed by easy wealth and power and how to keep your morals intact through it all.

“But if anybody else wants to come with me, this moment will be the ground floor of something real and fun and inspiring and true in this godforsaken business and we will do it together! Who's coming with me…?”

An iconic inspirer, Jerry Maguire tells the story of a successful sports agent who realises one day that this wasn’t his life’s purpose. He wanted to do something real for his clients. He wanted to take a personal interest in their lives and help them grow. However, his new enthusiastic zeal for life is not appreciated by his seniors and he is ruthlessly fired from his high-paying job. Jerry now has the task of rebuilding his own brand with only one loyal client and just one colleague who supports him.

“You become an employee of this firm, you will make your first million within three years. I'm gonna repeat that - you will make a million dollars.”

This movie revolves around a college dropout who runs an illegal casino from his rented apartment. He stumbles upon an interview as a trainee stockbroker at JT Marlin, a small brokerage firm in the outskirts of New York City. Pressures from his domineering father and his love interest keep him desperate and motivated enough to remain in the blood money firm. As time passes, he starts suspecting that some illegal deals are taking place in the firm leading him to make a choice between success and morality.